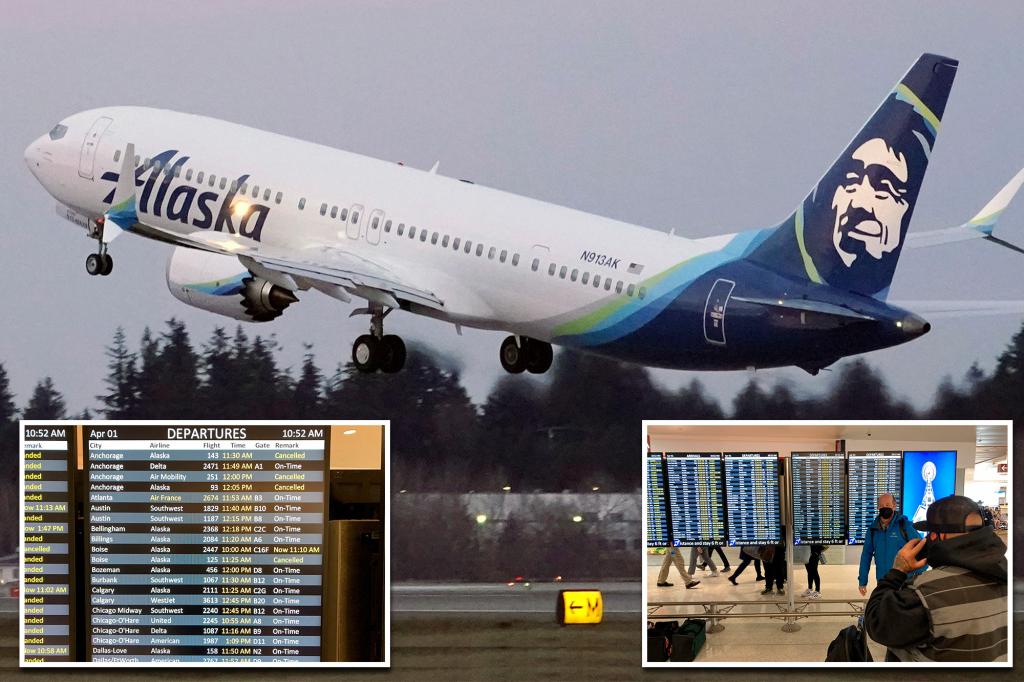 More than 15,000 out of luck passengers were left holding their luggage as Alaska Airlines grounded dozens of planes amid a labor dispute with its pilots, according to reports.

The company and the union representing its 3,100 pilots have been negotiating a new contract for three years, the Seattle Times reported.

On Friday, some nine percent of the airline’s flights were canceled, leaving thousands of passengers in the lurch, the paper reported.

The airline admitted that some of the canceled flights were due to a “shortage of pilots,” the paper said.

The contract spat with the Air Line Pilots Association is now before a federal mediator.

“Alaska Airlines failed to properly plan for increased travel demand and take the steps necessary to ensure it attracted and retained pilots,” the union’s executive council said in a statement.

Robyn Dold, of Washington state, planned to fly to Missouri on Friday with her family for her father-in-law’s funeral.

They got an email six hours before takeoff that their flight had been canceled. They spent hours at the Portland airport, but were unable to make other arrangements.

“We’d go with the flow if it was a vacation, but this is something that has a due date that we can not change and it’s heartbreaking,” she said. “My husband is beside himself. His father was his very best friend. ”