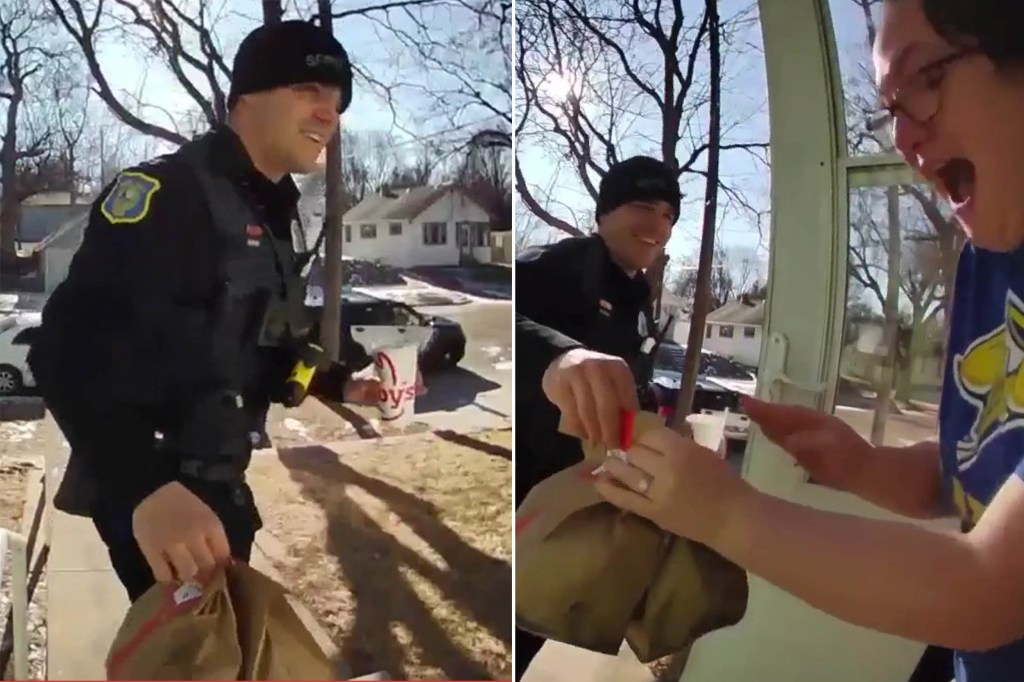 A South Dakota police officer is being hailed for going above and beyond the call of duty – by delivering a food order after arresting the DoorDash driver.

“I know I’m not who you were expecting, but your driver got arrested for some things he did not take care of,” the smiling cop tells the woman, who bursts out laughing.

“So I figured I’d complete the DoorDash for you,” he adds before heading back on patrol.

A nonprofit group called Tea Storm Chasers – which describes itself as a media outlet that monitors police scanner calls and chases storms – uploaded the clip to its Facebook page, where it has amassed more than 858,000 views.

“The Door Dash Driver was arrested, during a traffic stop, for warrants. The Sergeant we spoke to did not have the information on what the warrants were, ”the group said.

A police spokesperson confirmed to Newsweek that Buhr stopped the driver for a traffic violation and arrested him for an undisclosed warrant.

“The driver was in the process of delivering food for DoorDash. Officer Buhr completed the delivery, bringing the food to the customer. While delivering food is not a normal part of police work, helping people is, ”the rep told the mag.

“Sioux Falls police officers regularly go above and beyond the normal job and this is just one example of that. Little things like this happen on a regular basis and while most do not receive the attention, we realize those little things can make a big difference, ”the spokesperson added.

A DoorDash spokesperson told Newsweek that “the safety of our community is extremely important and we take reports of this nature very seriously.

“We’re actively looking into this to take all appropriate actions and are grateful to the law enforcement officer for stepping in and ensuring this customer received their order,” the company rep added.

Meanwhile, the video of Buhr’s delivery has gone viral and sparked many to comment on his dedication.

“Not a surprise… .they are called ‘public servants.’ We hear more about the negative, but how would you like to walk in their shoes for a day… or even an hour? What an Officer! ” one user said on Facebook.