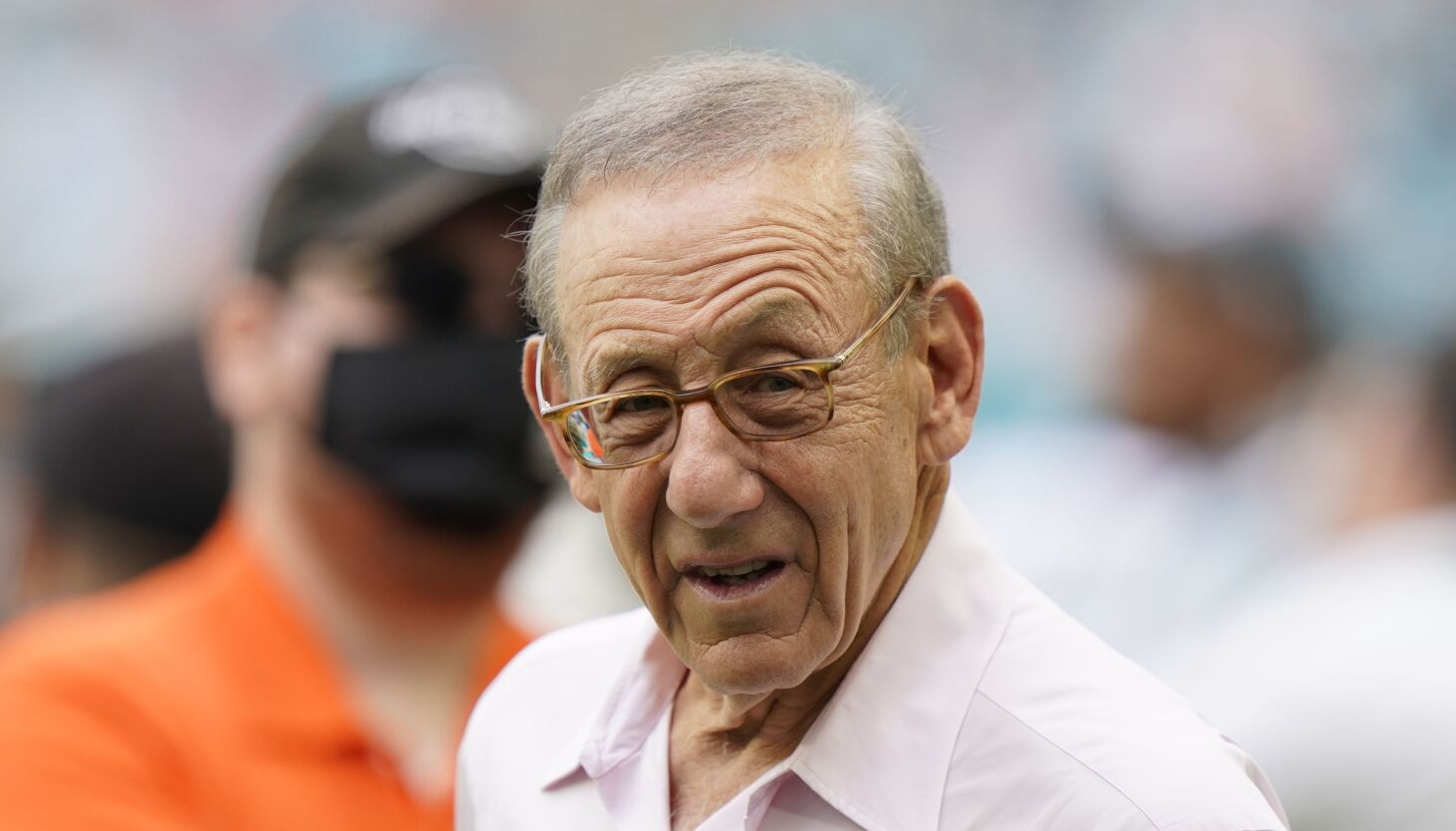 The NFL has suspended Miami Dolphins owner Stephen Ross and fined him $1.5 million for tampering with Tom Brady and Sean Payton following a six-month investigation stemming from Brian Flores’ racial discrimination lawsuit against the league.

The league’s investigation found the Dolphins did not intentionally lose games during the 2019 season but the team had impermissible communication with Brady and his and Payton’s agent, Don Yee. The league announced the findings of the investigation on Tuesday.

The investigation concluded the Dolphins violated the league’s anti-tampering policy on three separate occasions. The Dolphins had impermissible communications with Brady as early as August 2019 through the 2020 postseason, while he was under contract to the New England Patriots.

Dolphins vice chairman/limited partner Bruce Beal conducted “these numerous and detailed discussions” and kept Ross and other team executives informed of his conversations with Brady.

The Dolphins again had impermissible communications with both Brady and his agent, Yee, no later than early December 2021 and after the season, while he was under contract to the Tampa Bay Buccaneers.

Those discussions focused on Brady becoming a limited partner in the Dolphins and possibly serving as a football executive, although at times they also included the possibility that he would play for the Dolphins. The league says Ross and Beal participated in these discussions.

Brady briefly retired in February before the seven-time Super Bowl champion chose to return for another season with the Buccaneers.

The third tampering violation involved Payton. In January, the Dolphins had impermissible communications with Yee about having Payton serve as Miami’s head coach. The Dolphins did not seek consent from New Orleans to have these discussions, which occurred before Payton announced his decision to retire from the Saints. Miami requested permission to speak to Payton for the first time after that announcement, but New Orleans declined to grant it.

Ross’ suspension ends the same day Deshaun Watson is eligible to return from his six-game suspension. A disciplinary officer handed out Watson’s punishment on Monday after the Cleveland Browns quarterback was accused by two dozen women in Texas of sexual misconduct during massage treatments. The NFL is mulling whether to appeal that decision.

Ross may not be present at the team’s facility and may not represent the club at any team or NFL event during his suspension. He also may not attend any league meeting before the annual meeting in 2023, and he is removed from all league committees indefinitely.

Beal was fined $500,000 and may not attend any league meeting for the remainder of the year.

Regarding Flores’ allegations the Dolphins wanted him to “tank” games to secure the top draft pick, investigators said the team didn’t intentionally lose and neither Ross nor anyone from the team instructed Flores to lose on purpose.

However, investigators found Ross expressed several times during the season his belief that draft position should take priority over win-loss record. Flores considered the comments a suggestion that he loses games and expressed his concerns in writing to senior club executives. Ross no longer made any such comments to Flores.

Investigators said there are differing recollections about the wording, timing, and context of Flores’ claim of a $100,000-a-game offer from the club to tank, but it “was not intended or taken to be a serious offer, nor was the subject pursued in any respect” by Ross or anyone else at the club.

“I am thankful that the NFL’s investigator found my factual allegations against Stephen Ross are true,” Flores said in a statement. “At the same time, I am disappointed to learn that the investigator minimized Mr. Ross’s offers and pressure to tank games especially when I wrote and submitted a letter at the time to Dolphins executives documenting my serious concerns regarding this subject at the time which the investigator has in her possession.

“While the investigator found that the Dolphins had engaged in impermissible tampering of ‘unprecedented scope and severity,’ Mr. Ross will avoid any meaningful consequence. There is nothing more important when it comes to the game of football itself than the integrity of the game. When the integrity of the game is called into question, fans suffer, and football suffers.”

“An owner or senior executive must understand the weight that his or her words carry, and the risk that a comment will be taken seriously and acted upon, even if that is not the intent or expectation,” Goodell said. “Even if made in jest and not intended to be taken seriously, comments suggesting that draft position is more important than winning can be misunderstood and carry with them an unnecessary potential risk to the integrity of the game. The comments made by Mr. Ross did not affect Coach Flores’ commitment to win and the Dolphins competed to win every game. Coach Flores is to be commended for not allowing any comment about the relative importance of draft position to affect his commitment to win throughout the season.”

Former US Attorney and SEC Chair Mary Jo White and a team of lawyers from the Debevoise law firm led the NFL’s investigation.