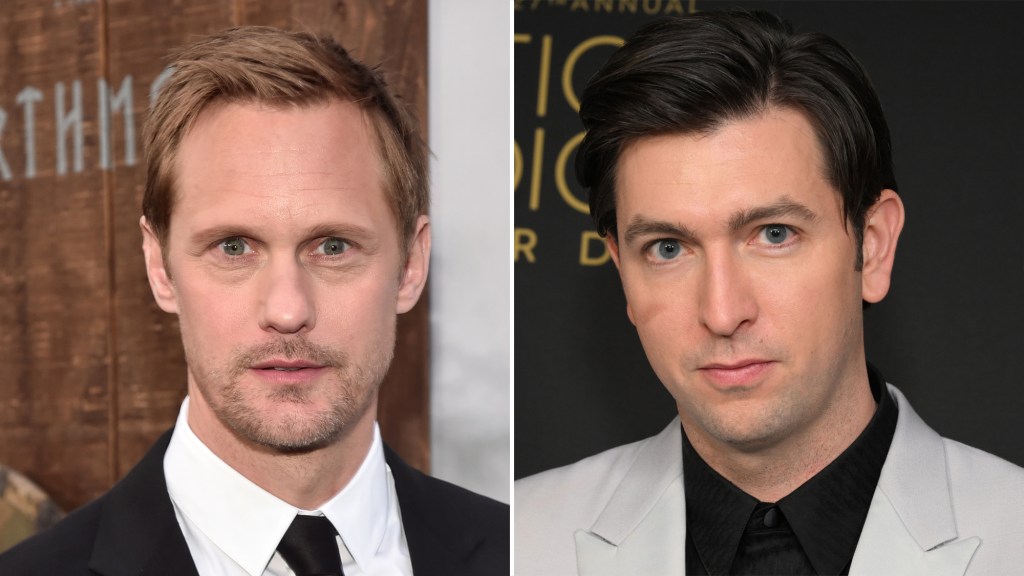 Documentary Now! is back on IFC and it is set to premiere Season 53 on Wednesday, October 19 at 10 pm ET with two new episodes. The titles of the two-part season premiere are “Soldier of Illusion,” written by John Mulaney, and “Trouver Frisson,” which plays tribute to the Agnès Varda films.

Alexander Skarsgard (Big Little Lies), Nicholas Braun (Succession)and August Diehl (Inglorious Bastards) star in the premiere episode titled “Soldier of Illusion,” which was inspired by the Werner Herzog-focused documentary Burden of Dreams. Skarsgard plays a visionary German filmmaker in the 1980s who tries to will his magnum opus into existence while working in the remote, punishing conditions of the Russian Ular mountains.

The second episode of the premiere titled “Trouver Frisson” features French actor Liliane Rovère (Call My Agent!) and Ronald Guttman (Godfather of Harlem). This episode celebrates French filmmaker Ida Leos, played by Rovère, as she searches for the reason she no longer experiences “frisson” – the goosebumps that have always been her guide.

Matt Pacult and Tamsin Rawady, producers of the series, write the episode while Micah Gardner co-directs.

Seth Meyers is also set to write three episodes of the new season.

“Two Hairdressers in Bagglyport” will star two-time Academy Award-winner and Documentary Now! alumni Cate Blanchett (Blue Jasmine), as well as Emmy-nominated actress Harriet Walter (Kitten Eve). Paying homage to documentaries 3 Salons at the Seaside and The September Issue, the episode is a fly-on-the-wall portrait of a hair salon owner (Walter) and her staff (Blanchett), in the small coastal village of Bagglyport as they prepare their annual style book. Fred Armisen will also star as George the Postman.

“How They Threw Rocks” will feature Welsh actors Trystan Gravelle (Lord of The Rings: The Rings of Power), Jonathan Pryce (The Two Popes), and John Rhys-Davies (The Lord of The Rings), as well as legendary Welsh singer Tom Jones. In the vein of When We Were Kings and other great explorations of sport, the episode chronicles the Welsh sport of Craig Maes, also known as “Field Rock,” and the iconic 1974 bout dubbed “The Melon vs. The Felon (Gravelle).” Fellow Welsh actor Sam C. Wilson (Dodger) joins as infamous Craig Mae’s competitor Sior Strawboss or “The Melon.”

“My Monkey Grifter” will be helmed by actor Jamie Demetriou (The Afterparty). Drawing inspiration from My Octopus Teacher, the episode follows Benjamin Clay (Demetriou), a filmmaker who forms a deep, emotional, and financially taxing relationship with a monkey who may have ulterior motives. Fred Armisen also joins as Detective Blakely.

Episodes of Documentary Now! will also stream on AMC+ the same day they premiere on IFC.