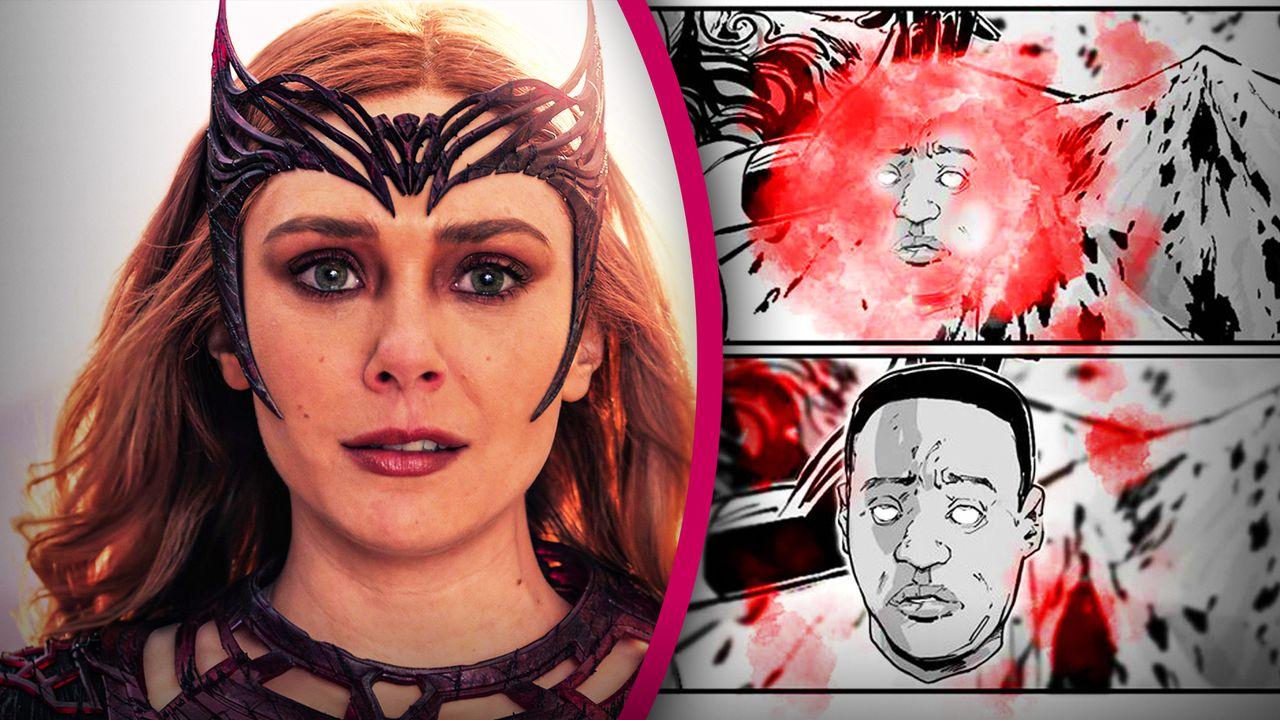 While the gaze of fans turns towards the end of Marvel Studios’ theatrical year in Black Panther: Wakanda Foreverone cannot/should not forget about the MCU’s start to the year on the big screen. Doctor Strange in the Multiverse of Madness kicked off 2022 at the box office for the Hollywood giant, offering up a reality-spanning adventure headlined by Benedict Cumberbatch’s Stephen Strange, Xochitl Gomez’s America Chavez, and Elizabeth Olsen’s Wanda Maximoff.

Wanda was at the heart of MOM, as she took on a villainous role for the first time since her 2015 debut in Avengers: Age of Ultron. In a film that was built up as a super-powered horror flick, the Scarlet Witch provided many of the scares.

Whether it was brutally murdering various Avengers, or snapping her bones back into place after crawling out of a reflection, Wanda upped the scare factor tenfold in the Multiversal sequel. But some recently unearthed storyboards have revealed that it could have been even more of a bloody good time.

According to a new Instagram post from Doctor Strange Multiverse of Madness storyboard artist Jimmy Simser, the film originally featured a brutal scene in which Wanda wielded the decapitated head of Doctor Strange villain Mordo.

It has been reported that MoM originally opened with the Scarlet Witch going full executioner on Chiwetel Ejiofor’s Karl Mordo from Earth-616, and this deleted scene would have seen Wanda summon the bisected head of the character atop Mount Wundagore.

The storyboards show the scarlet soup conjuring Mordo’s cranium, then exclaiming “There’s the last person who threatened me!”

The Instagram post came alongside a caption asking, “Ever wonder whatever happened to Universe 616 Mordo?” Simser answers his own question with, “up until very late in the process THIS is what happened to him:”

“Every wonder whatever happened to Universe 616 Mordo? Well, up until very late in the process THIS is what happened to him! It’s always interesting to be involved as the story gets refined while I storyboard. Who knows what Mordo’s ultimate fate may be? Not me! DELETED SCENES DON’T COUNT!

(PS – I’ve read several interviews in which the writer Michael Waldron speaks directly about this deleted scene, so I feel like it’s safe to post this)”

Why Did Wanda Kill Mordo?

For any fans questioning the legitimacy of this scene, this is not the first time a headless Mordo has been brought up since Multiverse of Madness’ initial release. Sure, the other instances have been in reference to a supposedly deleted opening scene, and the storyboard above shows a sequence that was to happen much later in the film.

And it kind of makes sense as to why this Mordo death didn’t ultimately make it into the final cut. In a movie that features a whole whack of bloody violence, this would have likely been an inch too far for Marvel.

Much of the brutality seen in Sam Raimi’s MCU debut is implied. When Captain Carter is sliced ​​in half by Wanda, her body is out of focus and all that is shown is the bloodied shield. The sequence shown above (paired with the cut opener) feels a little blatant. Maybe having the head of an iconic Marvel character brandished about for the audience was not what Marvel Studios wanted in their summer blockbuster.

Plus, one must not forget that surely Kevin Feige and co still have plans for Chiwetel Ejiofor’s Karl Mordo in the MCU.