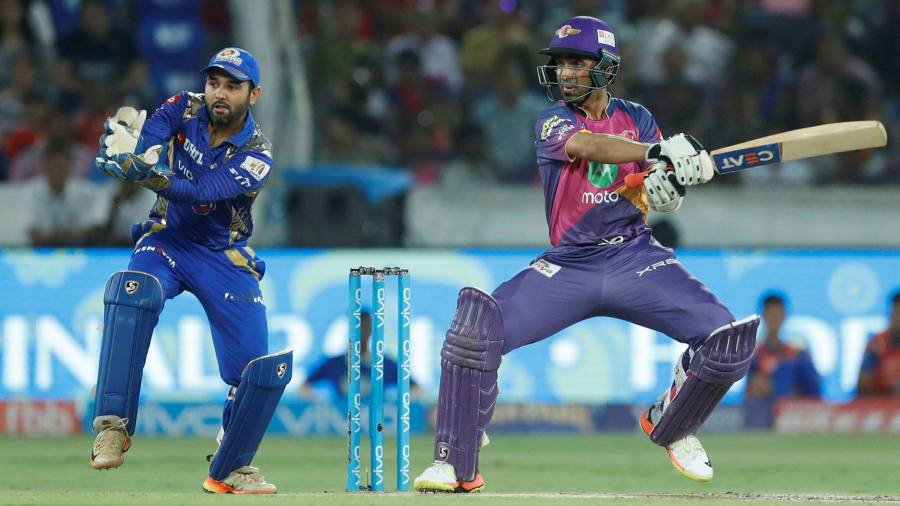 As leading global media groups lined up on Sunday to begin bidding for the rights to broadcast Indian Premier League cricket matches, Disney had the most to lose.

IPL cricket has been a big draw for Disney’s HotStar streaming service in India, which has more than 40mn subscribers. This represents more than a third of Disney Plus’s global subscriber base – and a source of growth as chief executive Bob Chapek targets 240mn subscribers by 2024.

Disney was this week trumped in the race for the coveted five-year streaming rights by its own former Asia chief, Uday Shankar, who left the company last year and teamed up with James Murdoch to invest in businesses in India. Murdoch and Shankar made their $ 3bn bid as part of Viacom18, a broadcasting joint venture run by tycoon Mukesh Ambani’s Reliance Industries.

Disney still stumped up for cricket rights, however, agreeing to pay $ 3bn to air the sport on traditional television in India – a move that left analysts and some rival bidders baffled.

“For a company that talks about streaming being their number one priority, spending $ 600mn a year for linear television. . . feels very difficult to digest ”, said Rich Greenfield, analyst at LightShed. “[Disney] is clearly going to lose [streaming] subscribers ”.

Wall Street, which over the past two years applauded as Disney and its rivals spent heavily on building their streaming services, is now laser-focused on the cost of this expansion – particularly after Netflix revealed in April that it had shed subscribers. Morgan Stanley analysts had urged Disney to take “a disciplined approach” to IPL rights, even if it put Chapek’s 2024 subscriber goal at risk.

With Disney’s HotStar subscribers only paying 76 cents a month compared to the $ 8 US customers are charged, the potential prize did not justify paying an exorbitant amount for the digital rights, analysts had warned.

But Disney’s decision to write a check for traditional television rights even as it passed on streaming was not anticipated.

“Why would Disney commit $ 3bn to TV when they have [been] globally going underweight on TV? ” said one rival bidder. “It baffles me and everyone I know”.

Another participant added: “The risk on linear is to the downside, while on digital it’s to the upside because it’s a growth business.”

India’s pay-TV market is far larger than online video and is still expected to grow over the rights period, from about $ 10bn in 2022 to $ 13bn in 2027, according to research company Media Partners Asia.

Nevertheless, analysts say the digital rights will give Viacom18 and its parents a valuable platform to expand into streaming and other digital services such as advertising. MPA estimates the online video market is expected to more than double to $ 6.5bn by 2027

Murdoch’s investment in Viacom18 was widely seen as a precursor to an aggressive bid to secure the streaming rights. Ambani, who already owns the IPL’s successful Mumbai Indians team, has looked to cricket as a springboard to grow Reliance’s digital businesses.

Shankar was the executive who managed the IPL rights at Star, first under 21st Century Fox and then Disney, using the competition to increase its streaming audience well beyond that of competitors such as Netflix or Amazon Prime.

Disney said on Tuesday that streaming rights were too expensive. “We made disciplined bids with a focus on long-term value,” the company said. “We chose not to proceed with the digital rights given the price required to secure that package.”

The Board of Control for Cricket in India (BCCI) knew it had a hot property on its hands and designed the auction to rake in the most money possible. It broke the rights into different segments, including for Indian TV, Indian digital, international and a “non-exclusive digital” segment.

Even with deep-pocketed Amazon dropping out of the process, the auction was expected to draw a record price, with Sony and Zee Entertainment also among the bidders.

By the end of the three-day process, the BCCI pulled in $ 6.2bn for the five-year deal – more than double the $ 2.6bn that Rupert Murdoch’s Star India, a unit of 21st Century Fox, paid five years ago. Disney had acquired those rights when it bought 21st Century Fox from Murdoch in 2019.

This values ​​each IPL match at $ 15mn, more than the English football league’s $ 11mn but below the US National Football League rate of $ 17mn a game, according to BCCI figures. The IPL was watched by more than 600mn viewers this year.

For Reliance, the cricket streaming rights will boost its Jio telecoms network, which has more than 400mn mobile subscribers and operates Voot, a new digital streaming platform.