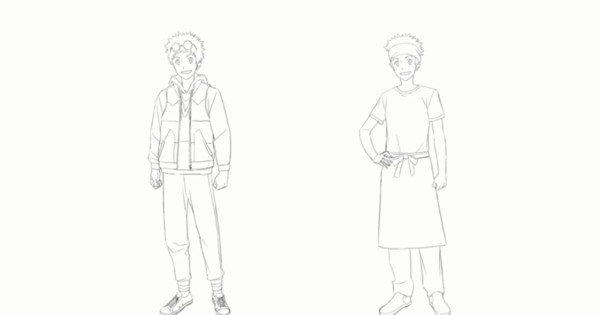 The Digimon Con livestream event revealed on Sunday a visual for character Daisuke Motomiya (Davis Motomiya in English) for the upcoming new film for the Digimon Adventure 02 anime.

The hosts stated the design may change, and added they hope to reveal a video for the film later this year. The hosts also revealed the film will take place in 2012.

The new film will tell a story about Daisuke and the other characters from the Digimon Adventure 02 anime. Director Tomohisa Taguchi and writer Akatsuki Yamatoya are reuniting from Digimon Adventure: Last Evolution Kizuna to work on the new film.

The film’s teaser visual pictured at right reads, “The new Digimon movie is about 02. Now, the door to adventure opens…. “I’m the first person to ever partner with a Digimon.” ”

The Digimon Adventure: Last Evolution Kizuna sequel film told “the last adventure of Tai and Agumon.” The film opened in Japan in February 2020, and then released outside Japan in 2020-2021.