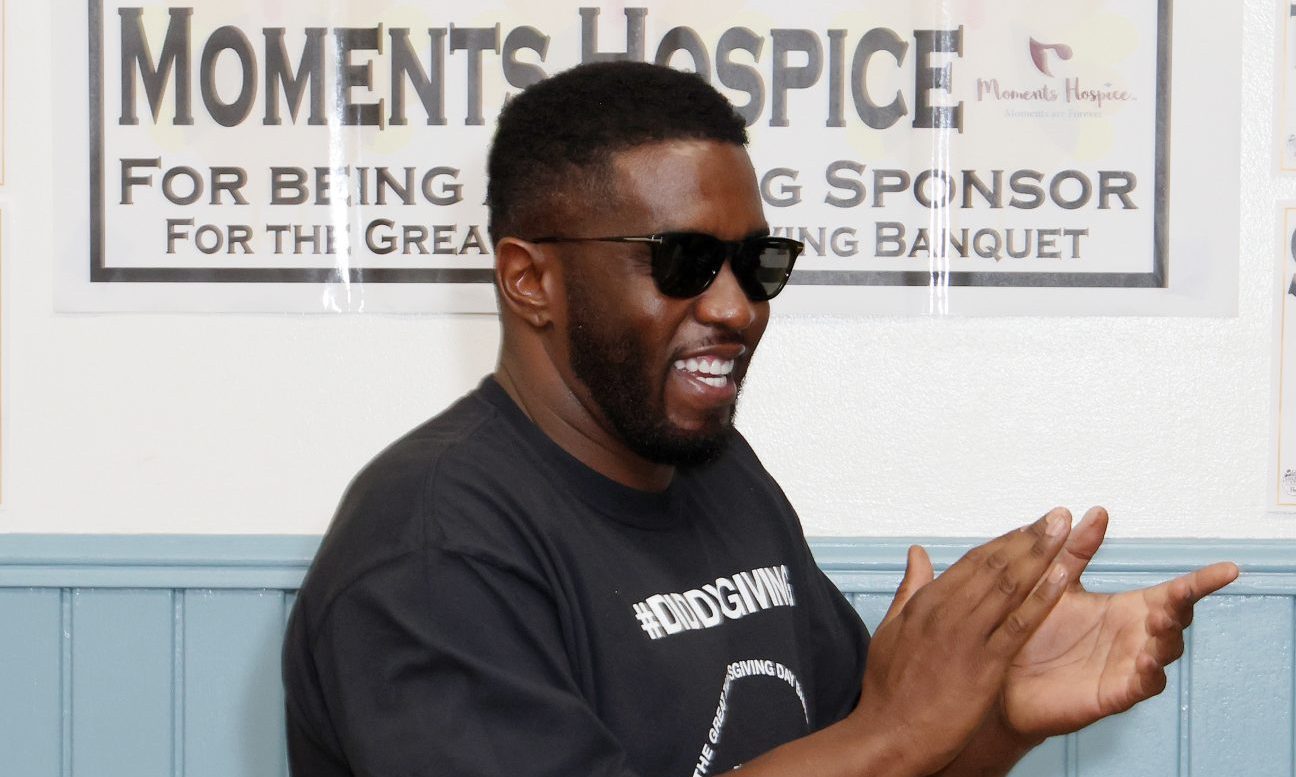 Diddy is a daddy again! Over the weekend, the father of six seemingly announced the expansion of his family on Twitter.

“I’m so blessed to welcome my baby girl Love Sean Combs to the world. Mama Combs, Quincy, Justin, Christian, Chance, D’Lila, Jessie, and myself all love you so much! God is Greatest,” Diddy tweeted on December 10.

The last time Diddy expanded his family was when he and Kim Porter welcomed their now 15-year-old twins, D’Lila and Jessie, in 2006.

After the bombshell announcement, Diddy didn’t give any additional details–just moved on to his typical interview and DeLeon tequila promos. By Monday morning, his tweet had over 16,000 likes and more than 7,500 retweets.

It’s unclear if Diddy’s tweet means his alleged daughter was recently born or if he’s now becoming acquainted with the baby. But, according to TMZ, a source close to the music mogul claims Love Sean Combs was born in October at a Newport, California hospital.

It remains unclear who welcomed a child with the longtime producer. As mentioned, Diddy didn’t drop any additional hints about his seventh time around the parenthood block. And no mysterious or former flame has popped out to claim the baby yet.

But one thing appears obvious: Yung Miami isn’t the mommy. Less than an hour after Diddy tweeted about his “baby girl,” Miami’s name was heavy in the conversation. And all she had for curious minds was a side-eye emoticon and hilarious photo reference. No words.

Caresha and Brother Love have maintained a public romance since opening up about it on her show Caresha Please in June. Though he claimed to be “single,” he also revealed that he and Miami were “dating” and “friends” who go on dates “to exotic locations.”  Later in the show, Yung Miami informed Diddy that they “go together,” adding “real bad” afterward.

In September, Miami clarified her relationship status with Diddy again in an interview with XXL.

Until then, the Diddy-Caresha saga had a lil’ bit of everything. He lavishly wooed Miami, including a chunky diamond necklace and a Mercedes-Maybach GLS SUV.

They showed each other public support at shows using their private nicknames–from her “Go Papi” sign to his “Go Shawty Wop” sign. There was also an international yacht vacation alongside some of his children. There was even a lil’ bit of messy drama with Diddy’s former flame, Gina Huynh, and rumored flame Daphne Joy, the mother of 50 Cent’s youngest son.

Last month, Yung Miami appeared to be a VIP guest at Diddy’s birthday celebration. The ‘single-but-dating’ baes shared kisses, wide grins, and embraces all night. At one point, Diddy praised Caresha’s love on his knees–intending for the cameras to see.

And it looks like that love isn’t going anywhere–new baby and all. Minutes after her first *side eye* tweet, Miami tweeted a photo of the white woman who went viral for confronting her neighbor about making her boyfriend cry. The gist of the tweet seems to be: Yung Miami gon’ stick beside Diddy, and what about it?

It’s unclear if Yung Miami knew about Love Sean Combs before Diddy’s announcement. However, weeks after the public praise, Caresha spent Thanksgiving Day giving out free meals with Diddy and his daughters Chance, D’Lila, and Jessie.

Every physician should own a timeshare [PODCAST]