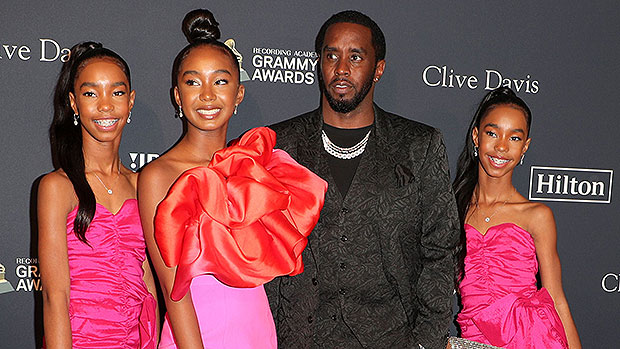 Diddy revealed that he’s welcomed a baby girl with an unnamed woman. The rapper, 52, took to Twitter to share the happy news — revealing that he’s “so blessed” in the short and sweet message that also confirmed her name: Love Sean Combs, combining his new artist name “Love” along with his birth name Sean Combs. “I’m so blessed to welcome my baby girl Love Sean Combs to the world,” he said, before shouting out his other kids. “Mama Combs, Quincy, Justin, Christian, Chance, D’Lila, Jessie and myself all love you so much! God is the Greatest!” he also wrote. HollywoodLife has reached out for comment.

The New York native did not reveal that he was expecting a seventh child, and it remains unclear who the mother is. In recent months, he’s been romantically linked to City Girls rapper Yung Miami, 28. The two have been fairly public with the relationship on social media in the last few weeks, with the “Been Around The World” rapper even writing her a loving note on Nov. 14. “I love you,” he wrote in a photo shared to IG, signing it off with the nickname “Papi.”

Diddy — who originally started out his career in the ’90s as Puff Daddy — is now a dad of seven. He shares adopted son Quincy, 31, and Christian, 24, and twins Jessie and D’Lila, 15, with his late ex-girlfriend Kim Porter. He is also the father to son Justin, 28, with ex Misa Hylton and daughter Chance, 16, with his former stylist Sarah Chapman.

In an interview with now girlfriend Yung Miami, he revealed the challenges he’s faced being a dad after Kim’s death in 2019. “Hmm…fatherhood has been really, really, real cause I was like a part-time father, you know what Im saying?” he said in the heartrending moment. “Kim and Sarah [Chance’s mother] and everybody had everything held down, and then man … you know … just losing Kim it was just like I was a full-time father,” he added.

Diddy’s Kids: Everything To Know About His 7 Children & Their Mothers

Gen Z is the sleeping tiger of community-led organizations