Did Police Actually Miss This Clue In University Of Idaho Murders?! 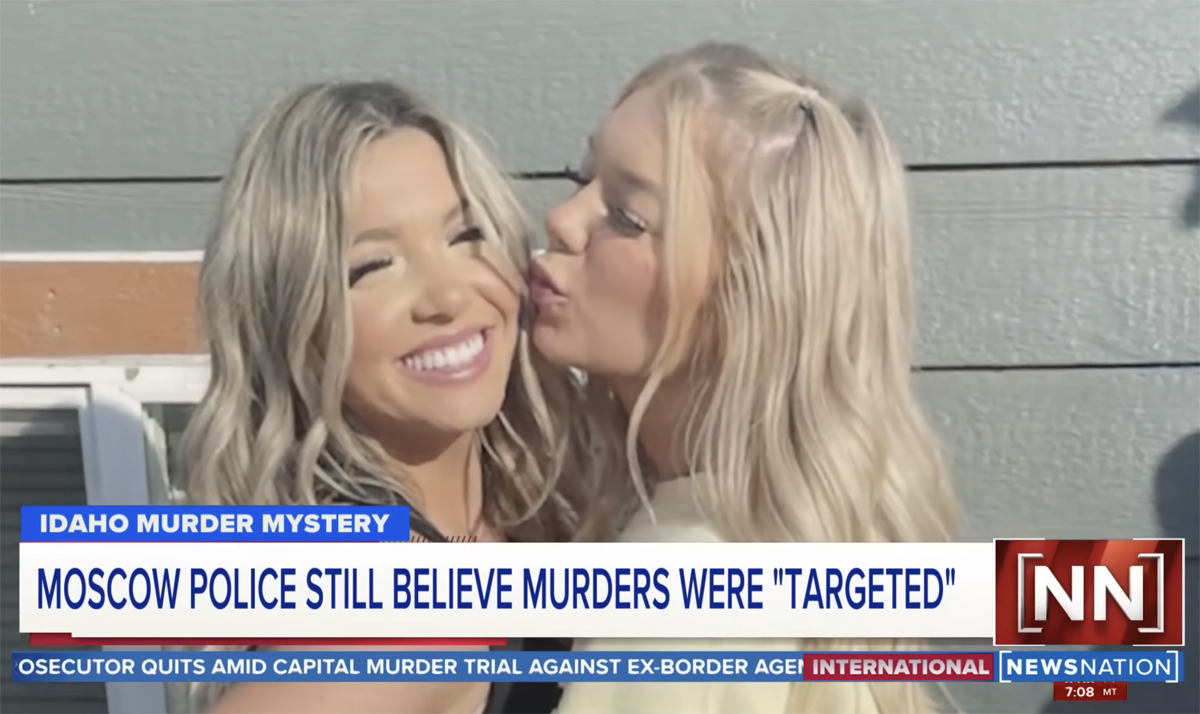 You’ve all heard about the case by now. Kaylee Goncalves, Xana Kernodle, Ethan Chapin, and Madison Mogen — all students at the University of Idaho — were found brutally stabbed to death in their off-campus housing in Moscow, Idaho back on November 13.

As we approach the investigation’s one-month mark, we’re learning of another possible clue found at the scene. But it wasn’t police who spotted it — it was a true crime show host!

Chris McDonough, a former homicide detective who now hosts The Interview Room, revealed on a recent episode that while visiting the house in late November he saw a piece of evidence sitting on the ground inside the crime scene tape!

“I actually found a glove… I pointed it out to the officer who was there securing the scene and they came and collected it.”

They hadn’t even seen it?? McDonough claimed:

“The officer that was there, obviously, they didn’t know about it because he came over and photographed it. They came out and got it.”

Sure, it may well be nothing, it’s just a glove. But it might be something. That’s why you photograph and bag everything! But did the Moscow Police at the scene really not notice a random glove on the ground??

This obviously doesn’t help the image of the Moscow Police as inept local cops in over their heads. The family of Kaylee Goncalves in particular has called out the investigation for lack of efficacy as well as transparency.

Innerestingly, the Moscow PD did drop an update for everyone on Monday. In a press release video, Captain Roger Lanier made it clear the cops are definitely doing way more than it looks like from the outside. He attested:

“We do have a lot of information. We are specifically keeping that information safe. We are not releasing specific details because we do not want to compromise this investigation. It is what we must do. We owe that to the families.”

Meanwhile the families are asking for more info from them… Hmm.

Related: Police Think Kaylee May Have Been The Target??

The Moscow PD definitely “have a lot of information,” no one is disputing that. We’ve seen several potential leads being sent to them — all of which they seem to have brushed aside. Captain Lanier said there are so many tips being sent in, it’s been “a daunting task” just to pore through them, especially the “hours and hours of video” they have to go through. We have to imagine in a college town, there are going to be a lot of kids filming their activities on their phones. In fact, some of the info has led to police re-interviewing certain people! Wow! Once again, we’re getting the impression the community is doing their part.

But the Captain cautions folks not to overstep and spread rumors or personal theories lest they get in the way of the investigation:

“We want more than just an arrest. We want a conviction. We owe that justice to Xana, Kaylee, Madison, and Ethan.”

Well, that’s true enough. But the question is, are citizens getting in the way? Or do the cops need as much help as it looks like from the outside? See the full update and decide for yourself (below):

How Much Does It Cost to Run a Space Heater? – Review Geek