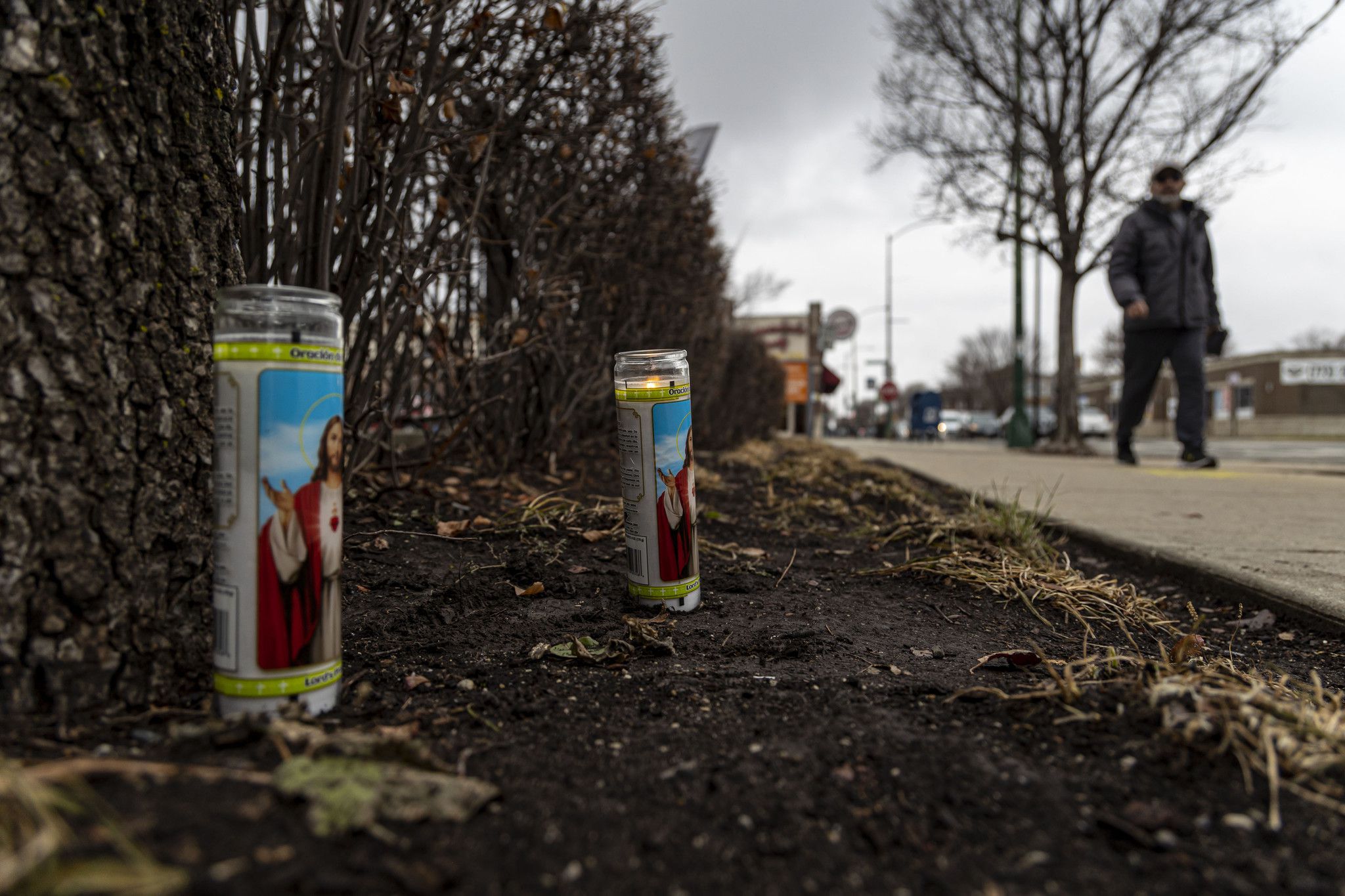 Chicago police detectives questioned a person of interest Monday in a triple homicide over the weekend in the Portage Park neighborhood.

No arrests have been made in the shooting that took place around 2:30 a.m. after a brawl inside a bar near Central Avenue and School Street spilled outside, according to Chicago police. There were no further details released on the person of interest.

Officers responded to a call of shots fired and arrived at the intersection where the scene was “chaotic,” according to a police report. There were multiple people shot lying in the street. Ten shell casings were recovered, according to the report.

A 50-year-old man was shot in the head and chest and was pronounced dead at the scene. A 26-year-old man and 24-year-old woman were transported with gunshot wounds to Mount Sinai Hospital, where they died, police said.

A 25-year-old woman was shot in the head and taken to Advocate Illinois Masonic Medical Center in critical condition, police said.

The Ultimate Guide To Improving Your Business Payment Processes