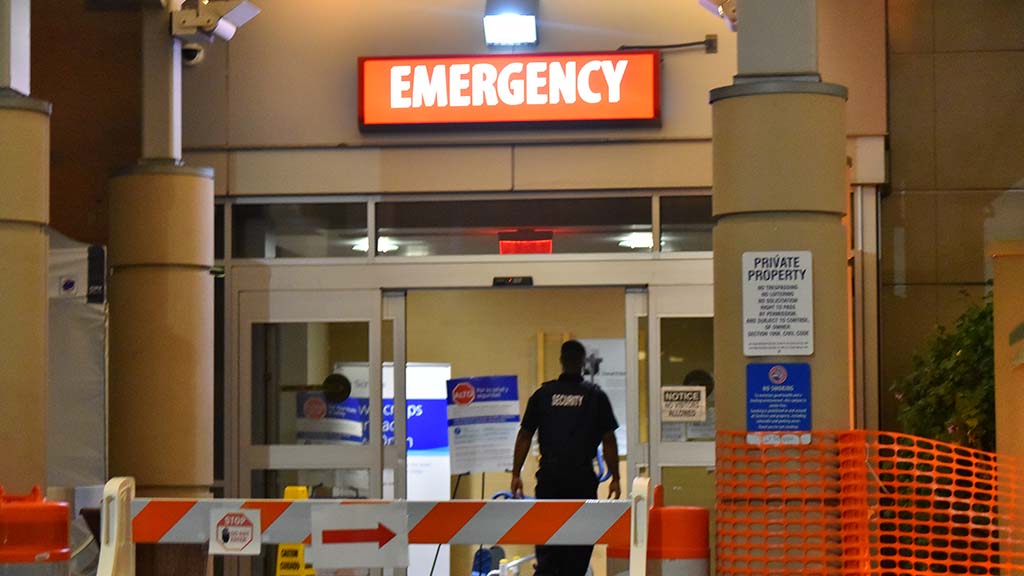 A prisoner was tased, then restrained at a Hillcrest hospital after reaching for a San Diego County sheriff’s deputy’s gun and managing to fire a shot.

The incident happened at Scripps Mercy Hospital at 4077 Fifth Ave. at around 3:30 pm, according to Lt. Karen Mullins.

The deputy suffered an unspecified minor injury, she added. Detectives with the Detention Investigations unit were examining the incident.