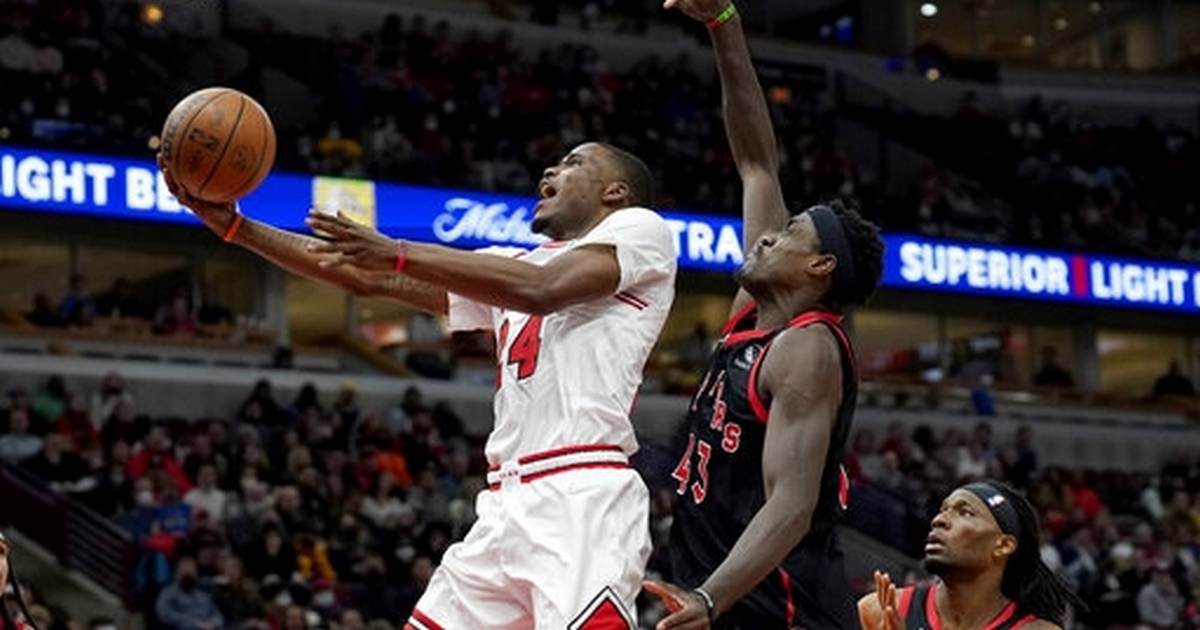 Trent scored 16 points in the third quarter, helping the Raptors trim their deficit to five. Anunoby hit a putback to bring Toronto within one in the fourth, eventually hammering home a dunk that gave the Raptors a 103-102 advantage with 3:11 remaining.

A LaVine layup and free throws from DeRozan pushed the Bulls back on top. Trent was then ejected after being called for his second technical foul of the game. LaVine hit the technical free throw and Vucevic followed with a 3-pointer that sealed the victory for Chicago.

DeRozan appeared to pick up two technical fouls in the final minutes of the third quarter. However, his first was deemed a non-unsportsmanlike technical foul for grabbing the net illegally while playing defense, which allowed him to stay in the game.

Chicago opened the game on a 14-2 run and did not miss a field goal attempt through the first six minutes. The Bulls finished the first quarter shooting 66.7% from the floor.

Toronto erased a 14-point deficit in the second, completing a 19-5 run punctuated by a Malachi Flynn 3-pointer and a driving layup from Chris Boucher. The Bulls bounced back thanks to a combined 18 second-quarter points from LaVine and DeRozan. Chicago outscored the Raptors 26-9 through the final six minutes of the quarter and carried a 67-50 advantage into halftime.

Raptors coach Nick Nurse confirmed he’ll be making his acting debut next week in the CBC period crime drama ‘Murdoch Mysteries.’ The episode will air on Monday, and Nurse will appear as a locker room attendant in a basketball scene.

‘It was a while back,’ Nurse said of when his appearance was filmed. ‘These people call me up and I say’ sure, let’s go check it out ‘and just try to be coachable. It’s humbling, it’s fun and it’s an honor to be able to do some of that stuff. ‘

‘Hopefully you can catch it,’ Nurse said. ‘You’ll have to let me know what your critique is of it.’

Raptors: Toronto was outscored 68-46 in the paint. ‘G Fred VanVleet (knee) warmed up before the game but was a last-minute injury scratch. He has missed the last two games for Toronto.

Bulls: F Derrick Jones Jr. (fractured finger) will be reevaluated in a week, but is not currently expected to need surgery. Jones fractured his finger Tuesday while working out at the team’s training facility and is expected to miss six to eight weeks. … G Lonzo Ball is scheduled to have surgery on his left knee Friday morning.

Raptors: At Miami on Saturday.

Bulls: At San Antonio on Friday.