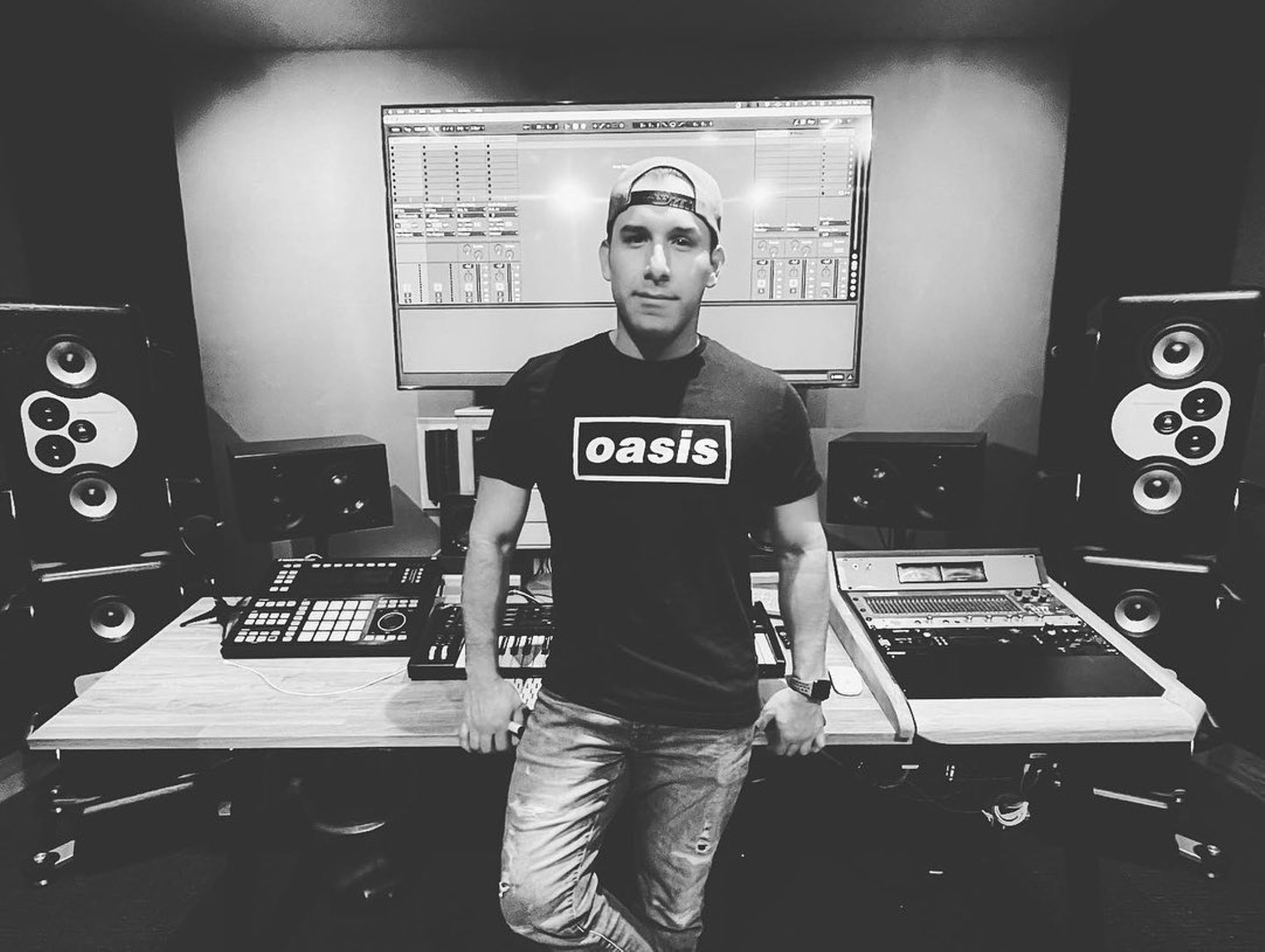 Denver tech-house producer Vedic (Jeziel Quintela) was on a mini-tour through Colombia in 2016 with his brother Jaceo (Jarameel Quintela). After playing a gig in the city of Cali, they were approached by a local who promised upfront pay to play an after-hours set. Without thinking too much about it, the Denver-based DJs got into a Honda Accord and took off. The local told them that they are going out to his “finca,” which Jeziel found odd.

“I was thinking a ranch, but I’m like, ‘We’re in Cali, this is a city, there are no farms here,'” Jeziel recalls. After what seemed like an eternity, he had lost cell service and was starting to get nervous.After all, the Quintela brothers were without service, deep in the jungle outside Colombia’s most violent city.

Eventually, the car stopped. The smell of manure was thick and only the sounds of farm animals echoed in the distance – no kick drum, no funky bass line. There were not even cars. There was only a house, and a small, empty living room. At this point, whatever was about to happen seemed inevitable.

But the brothers were ushered into the seemingly-empty house’s basement. By now, the Quintelas had started to hear the bass resonating from below. The door swung open, and what seemed like a quiet, rural farm opened up into a large basement packed with 300 insatiable Colombians pulsing to the grooves that reverberated off its low ceilings. “We started around five in the morning and played until probably around 1 pm, and they still wanted more,” Quintela exclaims. “It was insane – I did not even have to drink. The whole vibe, the whole atmosphere, was very memorable. ”

You can see Vedic’s vibes yourself this weekend at Global Dance Festival at Empower Field, where he’ll play a set on Friday, July 14.

Before he was an internationally touring DJ, Jeziel Quintela grew up between Denver and Juarez, Mexico. During his teenage years, he would primarily be in Denver, but would frequently visit family in Juarez. And in ’90s Juarez, electronic music was the sound.

“I always knew as a kid that I wanted to work with music. It’s my passion, ”remembers Jeziel. “When I first heard electronic music, I started to hear trance and Euro-dance, and became interested in how it was made. Trance, like Alice Deejay and ATB, got my attention during those times. ” By sixteen, he was sneaking into Mexican clubs with his relative’s fake ID.

Leaving high school, he immersed himself in the Denver underground. “The main music back in the ’90s was trance and hard house – you don’t even hear hard house anymore,” Jeziel reminisces. “The Gothic had Paul Oakenfold a little, and Red Rocks used to do Rave on the Rocks. I think I still have the flyer [for Chemical Brothers and Fatboy Slim]. ”

When Beta opened in 2008, the Quintelas had been making music for nearly a decade. Then one day during Beta’s first year open, they went to the club, demo in hand, with the intention of handing it to the resident DJ. That DJ was Jonas Tempel. “At that time, I had no idea who he was. We did not know he was a Beatport founder, ”says Jeziel. “[Tempel] heard the music and [was] like, ‘You know what you guys have done well, there’s a few projects that you could be a part of.’ ”Shortly after Tempel introduced them to Beta owners Brad Roulier and Shawn Sabo, the Quintelas became resident DJs.

“I think what stood out in my production was the quality of the sound,” says Jeziel. “At the time, I did not know what I was doing, basically – I was just using a lot of plugins, but it sounded good.” This led him to getting a job as a ghost producer, making uncredited tracks for other acts. When some of those tracks started to gain success, he realized that he had a shot on his own and should take his music more seriously.

His first Beatport chart number one was “American Hustle,” a collaboration between Jaceo, himself and the well-known duo Pleasurekraft. Quintela recalls, “My brother reached out to [Pleasurekraft] on MySpace a long time ago, and they became good friends. ” Eventually, Kaveh Soroush of Pleasurekraft would play in Denver. At the time, Quintela was working at Side 3 Studios, and Soroush wanted to go check out the studio because of its state-of-the-art sound monitoring. While there, Soroush asked if there were any tracks that he should check out. Quintela played him an early version of “American Hustle,” and Soroush proposed they collaborate. The success of this track made Jeziel realize that rather than the trance-forward music he had been working on, he should concentrate on tech-house. Since then, Vedic has had another Beatport number one – a collaboration between the three called “313 (Detroit Calling)” – as well as multiple other successful tracks.

The reputation of these tracks has carried him all over the world, including the tour that led him to that empty living room in Cali.