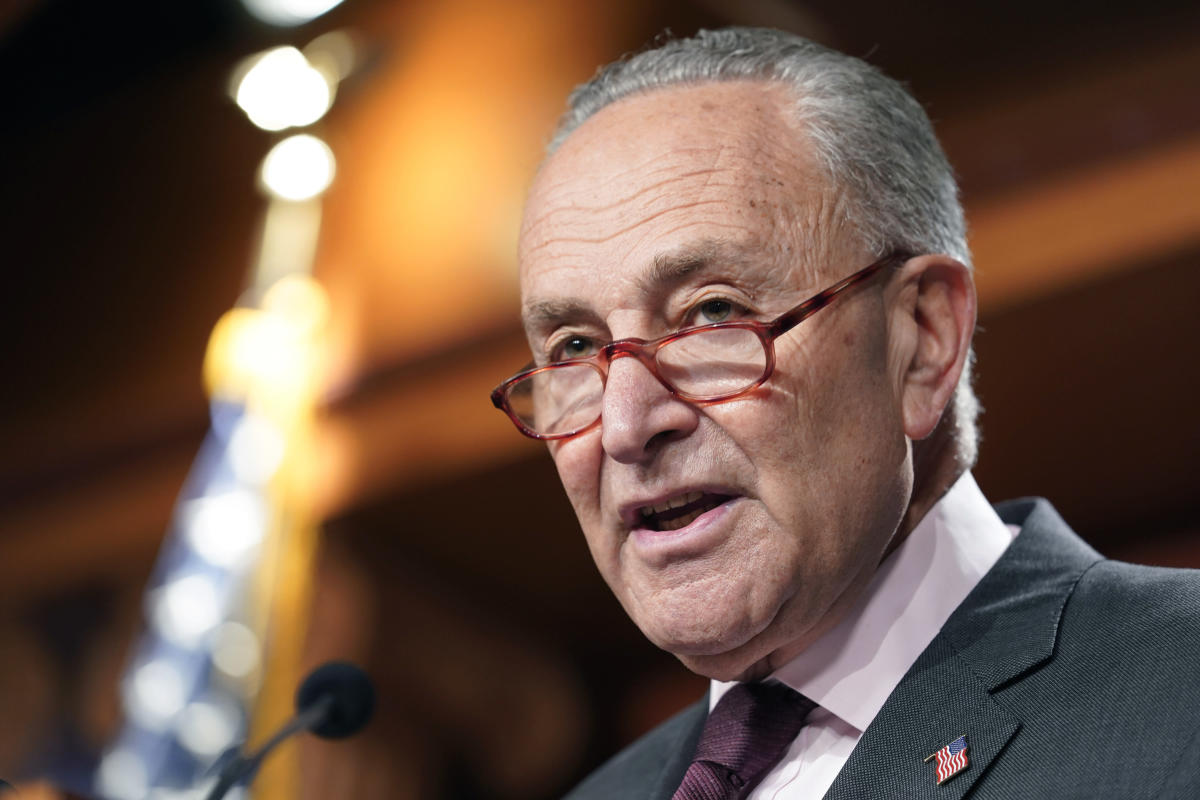 Democrats’ plan to control drug prices for 180 million Americans with private health insurance has suffered yet another setback.

The Senate parliamentarian ruled Saturday that a core piece of the party’s plan cannot pass the chamber with fewer than 60 votes, following arguments from both parties last week.

Albeit a blow to the majority party, which had hoped to campaign this fall on lowering drug prices for all Americans, the nonpartisan parliamentarian’s vetting means the core of the plan Democrats are trying to steer past the GOP filibuster is finally cleared for floor debate, more than a year after they began crafting the far more sweeping version once called Build Back Better.

Yet the plan will now move forward without a provision that would have penalized drugmakers for hiking costs faster than inflation in private insurance plans as well as Medicare.

The exclusion of the private insurance price limits means there is little left that will reduce costs for the vast majority of Americans who receive health insurance through their private sector employer. Democrats are still waiting on a separate parliamentary ruling on their policy to cap the cost of insulin both inside and outside of Medicare.

The decision also means tens of billions less in federal savings in the bill overall, a potential threat to Democrats’ hopes of offsetting the cost for shoring up Obamacare’s subsidies.

Still, Democrats argue that the bill will move forward in the coming weeks with its most important provision intact: a repeal of the longstanding ban on the federal government directly negotiating drug prices with pharmaceutical companies.

“Medicare will finally be allowed to negotiate prescription drug prices, seniors will have free vaccines and their costs capped, and much more,” he said.

Rep. Peter Welch (D-Vt.), a key negotiator on the House version of the bill, said the provision “would break the iron curtain Big Pharma has maintained against negotiating drug prices, and that’s game-changing. If it passes, Pharma won ‘t be able to continually stick it to the consumer at their will and whim. And that’s especially important with inflation hammering folks at the pump and the grocery store.”

But Welch, who is running to replace the retiring Sen. Patrick Leahy (D-Vt.), acknowledged the parliamentarian’s ruling is still a big win for the drug industry.

“It would essentially mean that pharma companies could raise price increases well beyond inflation,” he said in an interview in the days leading up to the vote.

Drug companies and Senate Republicans had planned for months to target the inflation caps provision — through a process known on Capitol Hill as a “Burden bath.” Late. Mike Crapo (R-Idaho), the top Republican on the Senate Finance Committee, told reporters that they went through the bill “line by line” in an effort to bring every challenge they could find.

Democrats who have pushed the policy for years had been confident it could pass under the Senate’s strict reconciliation rules, which limit what kinds of bills can pass with a simple majority. Only proposals that are primarily related to federal spending or revenue can fly, but not those that make major policy changes and only have an “incidental” impact on the federal budget.

Democrats argued that the bill needs inflation caps for drug prices across the board in order to function, warning that failing to do so will mean that pharmaceutical companies can hike prices even higher for people with private insurance to make up for what they lose from the cost controls the bill still imposes on Medicare.

Late. Chris Murphy (D-Conn.) said such points are “normally the kind of argument that is persuasive with the parliamentarian.”

“You can’t untangle the private sector from the public sector — one doesn’t work without the other,” he said.

Backers of the provision also pointed to the Congressional Budget Office’s finding last year that the inflation caps provision would save the government around $80 billion over a decade to argue that it should be allowed to remain in the bill.

Yet reconciliation experts and industry insiders were equally certain that the provision would get knocked out of the package.

“A lot of people think that if something gets a significant CBO score, it can’t be considered incidental — but it’s more about whether the policy implications outweigh the budgetary ones,” said Stephen Northrup, a lobbyist who previously worked as the health policy director for the Senate Committee on Health, Education, Labor & Pensions. “If the inflation cap were limited to Medicare, you could draw a very direct relationship between the policy and the score. But when you extend it to the commercial market, the relationship becomes more tenuous. It looks less like you’re trying to save money than you’re trying to extend a policy that has impact beyond the federal budget.”

Democrats do not currently have a backup plan for the policy, although some advocates are now pushing to try to apply inflation caps to other federal insurance programs such as Medicaid and the insurance for federal employees.

Even if they are able to do so, progressives who originally pushed for much more sweeping drug price controls are disappointed that their already watered-down plan has become even weaker over the past year.

Senate Finance Chair Ron Wyden (D-Ore.), who worked for months on crafting the drug pricing language and wrangling the votes to pass it, blamed the pharmaceutical industry’s influence on Capitol Hill for the inflation cap provision’s demise.

“The special interests always work against us getting relief to hard-hit Americans, particularly seniors,” he told POLITICO ahead of the parliamentarian’s ruling. “So what a surprise that the special interests — and you’ve seen the numbers on how many lobbyists they have — are trying to protect their profits.”