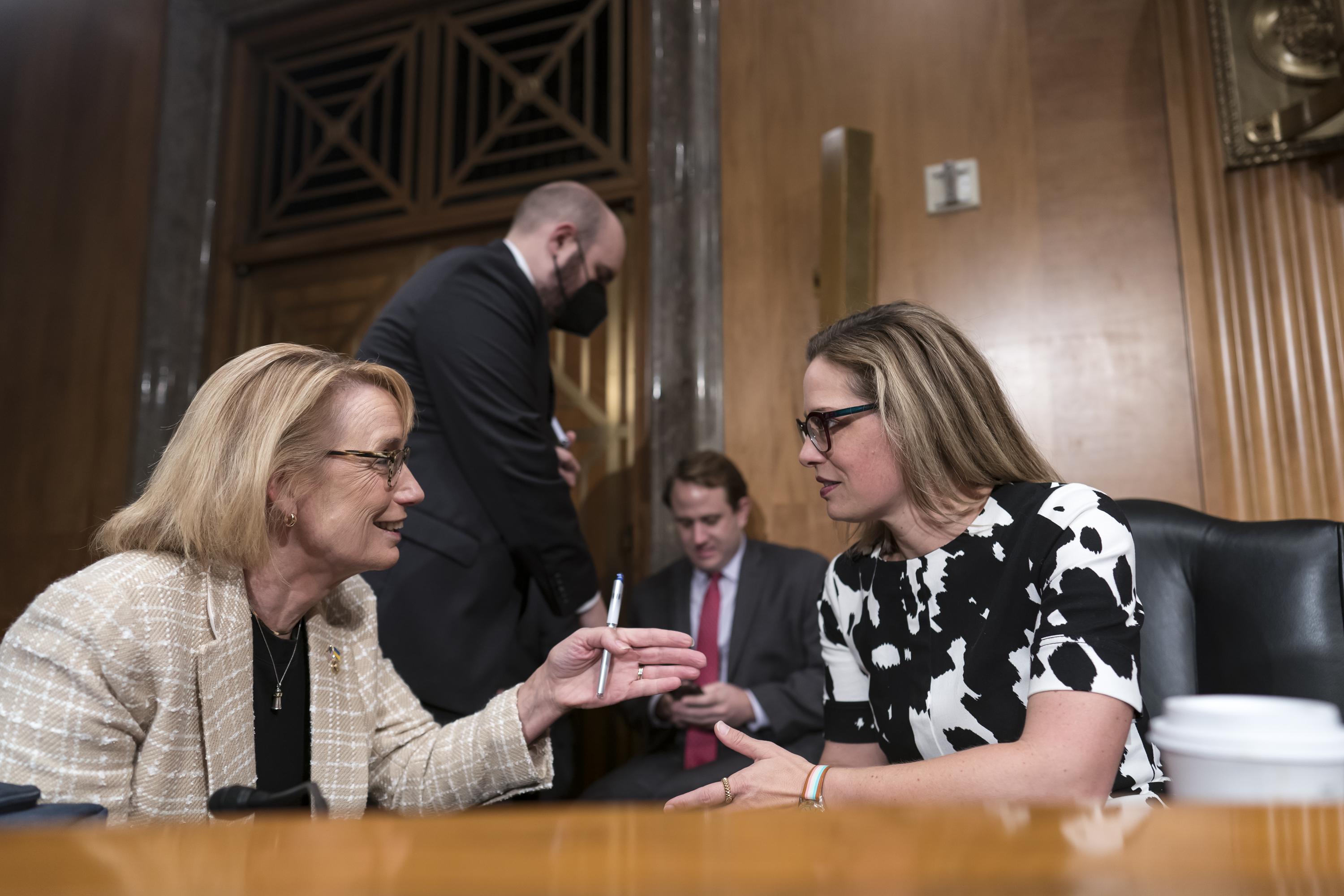 WASHINGTON (AP) — Senate Democrats have reached an agreement on changes to their marquee economic legislation, they announced late Thursday, clearing the major hurdle to pushing one of President Joe Biden’s leading election-year priorities through the chamber in coming days.

Late. Kyrsten Sinema, D-Ariz., a centrist who was seen as the pivotal vote, said in a statement that she had agreed to changes in the measure’s tax and energy provisions and was ready to “move forward” on the bill.

Senate Majority Leader Chuck Schumer, DN.Y., said lawmakers had achieved a compromise “that I believe will receive the support” of all Democrats in the chamber. His party needs unanimity to move the measure through the 50-50 Senate, along with Vice President Kamala Harris’ tie-breaking vote.

Schumer has said he hopes the Senate can begin voting on the energy, environment, health and tax measure on Saturday. Passage by the House, which the Democrats control narrowly, could come next week.

Final congressional approval of the election-year measure would complete an astounding, eleventh-hour salvation of Biden’s wide-ranging domestic goals, though in more modest form. Democratic infighting had embarrassed Biden and forced him to pare down a far larger and more ambitious $3.5 trillion, 10-year version, and then a $2 trillion alternative, leaving the effort all but dead.

This bill, negotiated by Schumer and Sen. Joe Manchin, the conservative maverick Democrat from West Virginia, would raise $739 billion in revenue. That would come from tax boosts on high earners and some huge corporations, beefed up IRS tax collections and curbs on drug prices, which would save money for the government and patients.

It would spend much of that on energy, climate and health care initiatives, still leaving over $300 billion for deficit reduction.

Sinema said Democrats had agreed to remove a commission raising taxes on “carried interest,” or profits that go to executives of private equity firms. That’s been a proposal she has long opposed, although it is a favorite of Manchin and many progressives.

The carried interest provision was estimated to produce $13 billion for the government over the coming decade, a small portion of the measure’s $739 billion in total revenue.

It will be replaced by a new excise tax on stock buybacks which will bring in more revenue than that, said one Democrat familiar with the agreement who spoke on condition of anonymity because they were not authorized to discuss the deal publicly. The official provided no other details.

Although providing no detail, Sinema said she had also agreed to provisions to “protect advanced manufacturing and boost our clean energy economy.”

She noted that Senate parliamentarian Elizabeth MacDonough is still reviewing the measure to make sure no provisions must be removed for violating the chamber’s procedures. “Subject to the parliamentarian’s review, I’ll move forward,” Sinema said.

He said that in talks with fellow Democrats, the party “addressed a number of important issues they have raised.” He added that the final measure “will reflect this work and put us one step closer to enacting this historic legislation into law.”

THIS IS A BREAKING NEWS UPDATE. AP’s earlier story follows below.

Senate Majority Leader Chuck Schumer, DN.Y., announced his timetable Thursday as party leaders worked behind the scenes in hopes of winning the unanimity they will need to succeed.

The election-year bill, housing President Joe Biden’s and congressional Democrats’ top priorities, would provide hundreds of billions in spending and tax credits to spur clean energy, reinforce fossil fuels and renew government support for people buying private health insurance. It would raise revenue with tax boosts, beefed up IRS tax collections and curbs on drug prices, which would save money for the government and patients.

“We prioritize the middle class and working families, instead of those at the very top. God bless them, they’re doing fine,” Schumer said.

Democrats need to nail down support from all their lawmakers to prevail in the 50-50 Senate and avoid a glaring self-inflicted defeat, similar to one they suffered last November on a far larger version of the package. Republicans are on track to oppose the legislation as onesaying its tax boosts and spending would worsen inflation and damage the economy.

“What do Democrats want to do with all the money they want to drain out of Americans’ pockets in the midst of a recession?” said Senate Minority Leader Mitch McConnell, R-Ky. “They want to lavish hundreds of trillions of dollars on an issue that exactly 3% of the country says is our biggest problem: far-left environmental and climate spending.”

Late. Kyrsten Sinema, D-Ariz., a mercurial centrist, has not made her stance clear and is considered her party’s sole potential holdout.

She’s among a group of Western senators seeking to add around $5 billion to the legislation — billed as Congress’ biggest-ever climate change measure — to help their states cope with epic drought and wildfires. The effort was described by a Democrat familiar with the talks who would speak only on condition of anonymity.

Sinema has also expressed interest in reshaping the measure’s 15% minimum tax on some companies with income exceeding $1 billion, said another Democrat who was not authorized to describe the senator’s view publicly. They provided no detail. The proposed tax would raise an estimated $313 billion over a decade, the legislation’s largest revenue raiser.

Sinema has been a critic of another proposal to raise taxes on executives of hedge funds and other private equity firms. It would raise $13 billion, a small portion of the bill, and is a favorite of progressives and Sen. Joe Manchin, DW.Va., a conservative Democrat who helped write the overall legislation with Schumer.

The Senate won’t be in session Friday as Democrats continue their talks. That pause will also provide time for the Senate parliamentarian, Elizabeth MacDonough, to decide if any of the bill’s provisions violate the chamber’s rules and should be removed.

Republicans want to kill as much of the bill as possible, either with MacDonough’s rulings or with nonstop votes expected to last well into Sunday or beyond.

Even if GOP amendments are defeated, they will consider it mission accomplished if they force Democrats to take risky, campaign season votes on touchy issues like taxes, inflation and immigration.

Vice President Kamala Harris can vote to break a 50-50 tie and approve the bill.