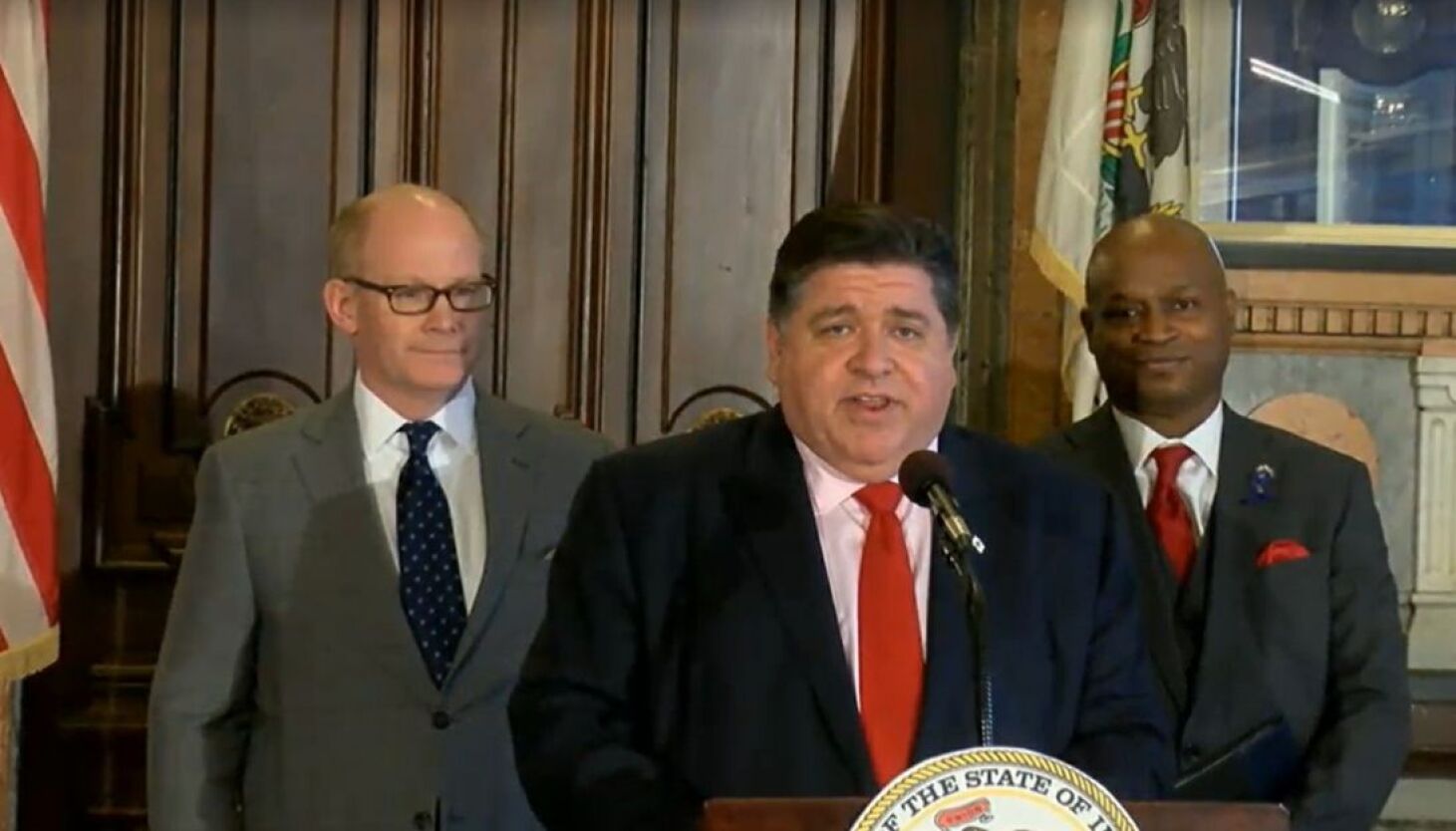 SPRINGFIELD – The day before the General Assembly is set to adjourn, Democratic leaders on Thursday announced they had reached an agreement on the state budget, touting more than $ 1.8 billion in tax relief for inflation-strapped residents.

But Illinois Republicans had other words, blasting the budget’s underlying framework as “untenable,” and accusing Pritzker of painting “a rosy picture” and relying on “an avalanche of federal bailout cash.”

In their 16-minute news conference outside of the governor’s office, Pritzker and the Democratic leaders never mentioned the amount of overall spending called for in the budget proposal, which had not yet been filed.

Back in February, Pritzker outlined a $ 45.4 billion spending plan. Late Thursday, the governor’s office said they expected it to fall between $ 46 billion and $ 47 billion, but they were still hammering out the final spending numbers.

At their news conference, the Democrats focused largely on the $ 1.83 billion in tax relief and an additional $ 1.2 billion for pension debt and the state’s “Rainy Day Fund.”

“I’m not sure how far back in Illinois’ contentious budget making history you would have to go to find a process and a product quite as good as this. But I think it’s a tremendous example of what can be accomplished with responsible Democratic leadership, ”Pritzker said. “I hope it will provide a lot of hope and help for our citizens in the months to come.”

The tax relief plan is a combination of measures first pitched by the governor during his “State of the State” address in February and others added by House and Senate Democrats. All are cast as efforts to ease the costs of inflation.

The Democratic plan suspends the grocery tax for a year and pauses the state’s tax on fuel for six months. It also aims to provide property tax relief for homeowners by allowing certain homeowners to be eligible for a property tax rebate up to $ 300.

The proposed relief also includes a pitch from both House and Senate Democrats for a tax rebate for families. Individuals making up to $ 200,000 and joint filers making up to $ 400,000 would receive $ 50, plus $ 100 per child, up to three children.

Other parts of the plan include providing back-to-school tax relief for families and teachers and a permanent expansion of the Earned Income Tax Credit, which would see an increase from 18% to 20%.

The Democrats also proposed $ 1 billion be moved to the state’s “Rainy Day Fund” – money set aside for financial emergencies – and an additional $ 200 million payment to help pay down the state’s chronically unpaid pension systems. The pension payment comes on top of $ 300 million already paid.The plan also includes an additional $ 200 million for public safety measures, many of which are still being discussed in the General Assembly.

Noticeably absent from the news conference were Republicans, who slammed the tax relief as an election-year gimmick.

“What is most unfortunate about the Democrats’ budget plan is we have an opportunity right now to provide permanent tax relief for the people of Illinois, yet instead, the Democrats are choosing to provide one-time checks and other temporary relief just before the election which expires right after the election, ”Senate Republican Leader Dan McConchie said in a statement.

“Additionally, we are significantly increasing government spending. Evidently, they think they know how to better spend your money better than you do. ”

State Rep. Tom Demmer accused Pritzker of election-year accounting, relying on “an avalanche of federal bailout cash to paint a rosy picture of the state budget.”

“The facts show a different story,” Dixon Republican said. “This year’s budget increases spending by 8% on state operations, while revenues are projected to decline by 1% over the same period – which makes this budget framework untenable.”

But Democrats pushed back against reporters’ questions about whether Republicans had an opportunity to shape the budget.

“I want the people that have been in this building to ask themselves – when has a budget been filed as early as it has been filed?” Welch said at the Thursday afternoon news conference.

The Hillside Democrat said Republicans have been invited to participate, attended hearings – and offered no questions during a meeting earlier in the day.

“When they choose to participate, it’s totally up to them, but they have certainly been a part of a very accessible and transparent process,” Welch said.

Harmon said he expects the budget to be passed Friday, on the last day of session. Lawmakers have until May 31 to pass the budget and other bills without requiring supermajorities for the measures to take effect immediately.

Bills passed after May 31 require a three-fifths majority for the law to go into effect within the next 12 months.