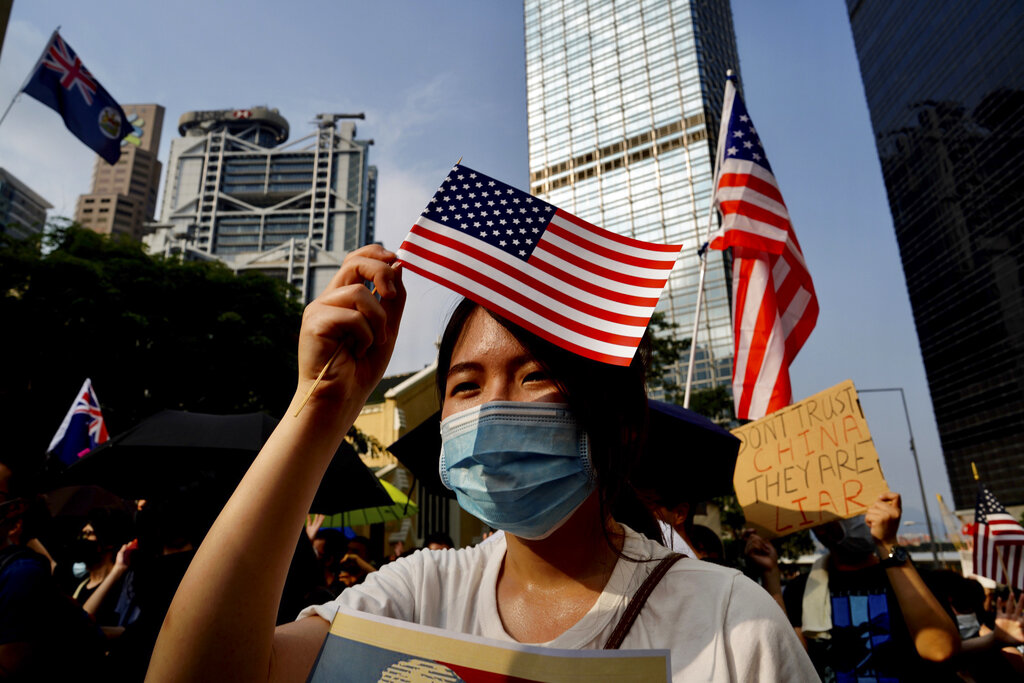 Can democracy be eradicated? You can bet on that. Just look at what’s happening in Hong Kong.

My last visit there was at the end of 2019, just before the pandemic, during what in retrospect seems to have been the final standpoint of the pro-democratic movement. In those days, pop-up demonstrations were a regular occurrence, including clashes in the streets between masked activists and police officers.

The Hong Kong government has already cracked down on dissent and increasingly sided with Beijing’s efforts to bring the city under its total control. But independent news organizations still challenged the erosion of democratic freedoms.

Everywhere there were signs of debate, disagreement and opposition: waste from the previous night’s protests, shelled wall posters and angry anti-government graffiti.

But those days are over.

The protests have been repulsed. More than 100 pro-democracy leaders and activists have been indicted under the Draconian National Security Act introduced in June 2020. Thousands of protesters have also been arrested; the charges include subversion and separatism.

The government is being cleared of critics. In 2021, Hong Kong and Chinese authorities demanded that elected officials and candidates for office promise their loyalty not only to Hong Kong and its laws, but also to Beijing. Hundreds of members of Hong Kong District Council resigned or were removed from office.

The repression of the independent media has been intense – and successful. In the last week of December, Stand News, an independent pro-democracy website, was attacked by hundreds of police officers; seven editors, board members and a journalist were arrested and the organization said the site would be removed. A few days later, on January 3, Citizen News, a small online news site, said it would also stop publishing for fear of the safety of its staff.

The teachers’ union and the city’s largest independent union were disbanded in 2021, as was the Civil Human Rights Front, which had organized some of the largest pro-democracy demonstrations.

Hong Kong’s CEO Carrie Lam is now just an official of the government in Beijing.

This is how democracies disappear. Without leaders who dare to speak out, without venues to publish or broadcast independent news, without resorting to an independent judicial system, without fundamental rights and freedoms guaranteed and protected by the government, there is no way for the people of Hong Kong to stand up to the invading overlords from the mainland.

The US government, of course, condemns the situation. After Stand News was shut down two weeks ago, Foreign Minister Antony Blinken said “Journalism is not rebellion.… A confident government that is not afraid of the truth embraces a free press.”

But what is the United States prepared to do about it? There is a limit to how much pressure the US government will put on a powerful superpower like China to protect the people of Hong Kong. Hong Kong means more to China than to us.

If nothing else, what is happening in Hong Kong is a reminder that democracy is fragile. This is something we should take to heart.

There was a period just after the end of the Cold War when some people felt that the advance of democracy had become irreversible, that the collapse of dictatorships was inevitable. In the early 2000s, the number of free and democratic countries grew dramatically, with all possible measures.

But in recent years, democracy has been on the decline. The Economists’ “Democracy Index” for 2020, for example, found that thanks to “democratic regression”, only 8.4% of the world’s population lived in what could be considered full democracy.

There have also been setbacks in Denmark. The Economist now classifies the United States as a flawed democracy. In March last year, the United States fell to a new low in an annual global ranking of political rights and civil liberties by Freedom House, earning 83 out of 100 points, down from 94 a decade earlier.

So we can not be complacent. Democracy, the rule of law, civil rights and individual freedoms mean something – and they are in danger, at home and abroad. The people of Hong Kong are sending us a poignant message: If you live in a democratic system, enjoy it and celebrate it – and fight for its survival.