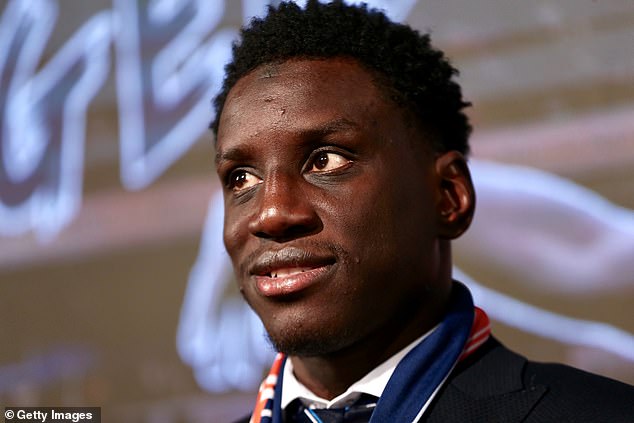 By Ben Willcock For Mailonline

Demba Ba has revealed that he almost joined Manchester United as a coach during Ralf Rangnick’s six-month spell as interim boss.

Following his short-term appointment at Old Trafford, Rangnick approached the former Chelsea and Newcastle striker to ask if he would join his backroom staff.

Despite his interest, Ba was unable to team up with the new Austria national team coach because of visa complications.

‘When Ralf got appointed he called me, he said to me he wanted me on his staff,’ Ba explained in an interview with the i.

He said: “You know the Premier League, you know players, you have a background that is close to theirs, you speak English and German and you can be the link between the squad and my staff”.

‘For him he saw it as a perfect match and I’d be able to help him, he thought they’d respect me for who I was and what I’d done in the Premier League.

‘It was a six-month assignment to go in and help but it didn’t happen because the visa didn’t get accepted.

‘For me it’s not a regret. Getting experience is always good – it would have been good to get that experience.

‘I’m still working as hard as ever in life, probably even more now.’