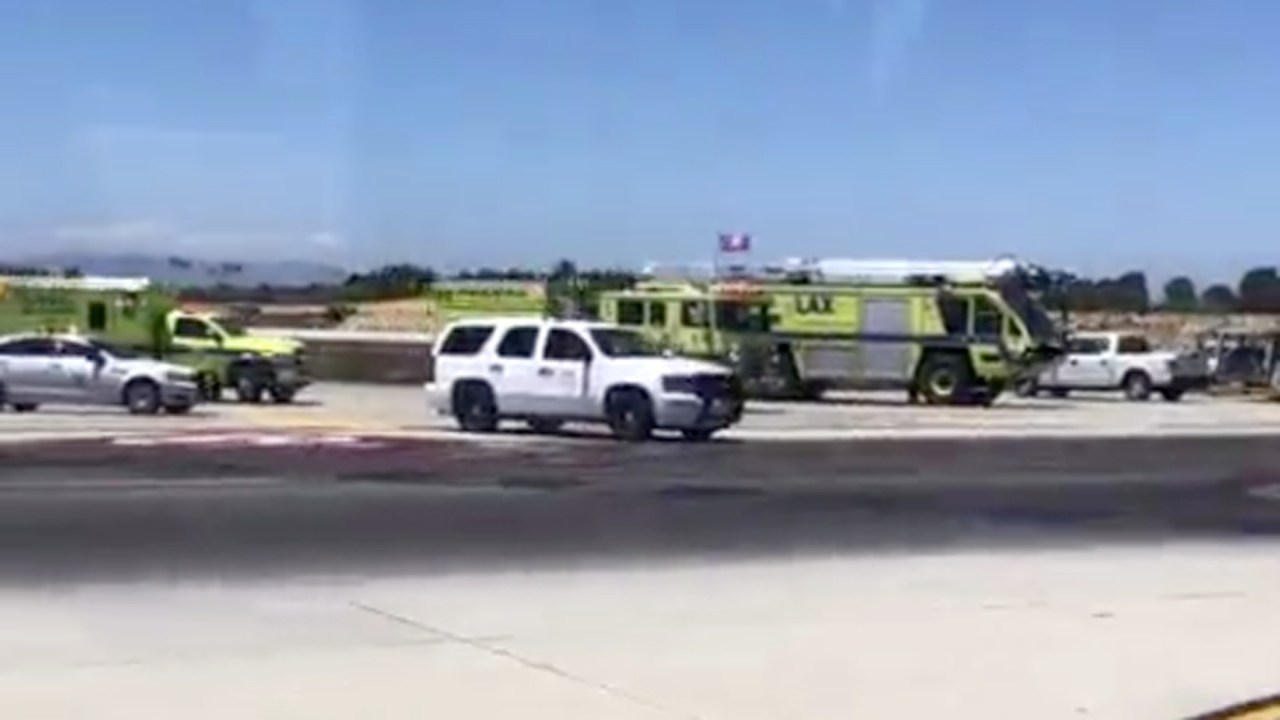 A Delta flight from Atlanta to Los Angeles landed safely at LAX after some sort of issue with its tires, officials said Tuesday afternoon.

Passengers were eventually able to get off the flight and were bused to a terminal, Delta explained in a statement to KTLA.

“Thanks to the flight crews’ handling during the landing process, Delta flight 515 operating from Atlanta arrived safely and came to rest on the taxiway after a possible issue with some of its tires at Los Angeles International Airport,” the statement read.

Video from a passenger shared with KTLA shows the Los Angeles Fire Department responding to the tarmac and eventually on the plane helping passengers.

The video also shows others working on the back end of the plane.

The exact issue with the tires was unclear, but Twitter user Sara Margarett, who claimed to be on Flight 515, described a loud noise after landing.

“We start our short final onto the runway. We touchdown (maybe a little fast) when all of a sudden POW BAM right landing gear fumbles the bag and we pop 2 tires on the right,” Margarett described in a tweet thread. “Everyone freaks out and we skidded to a stop somewhere between hell and a runway.”

She indicated the Fire Department responded to the scene and that maintenance tried to fix the issue to no avail.

Passengers, meanwhile, had to wait on the plane for more than an hour before being allowed to get off, Margarett explained.