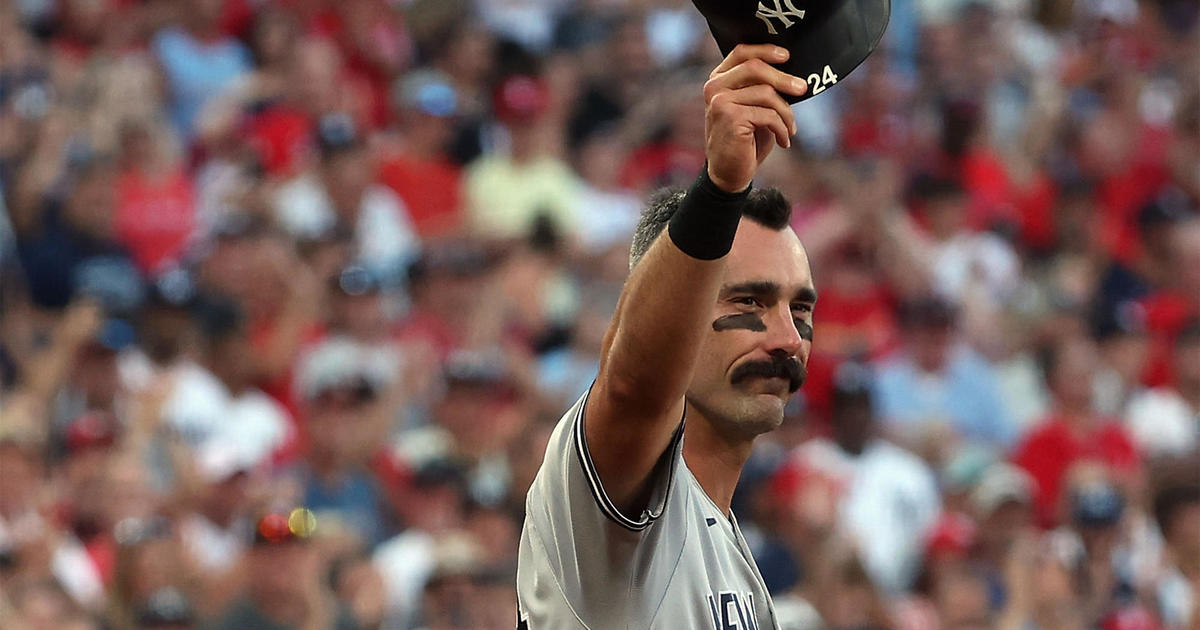 Carpenter drew a standing ovation in his first visit back to the city where he played 11 seasons, then had two hits. Aaron Judge and Josh Donaldson also had two hits each for the Yankees, and Donaldson drove in two while New York built a 3-2 lead.

The Cardinals erased that in the eighth. Nolan Arenado hit a one-out single, and Tyler O’Nell worked a two-out walk on a full count.

DeJong, playing his sixth game since being recalled from Triple-A, doubled to right against All-Star Clay Holmes (5-3) to score both runners.

Ryan Helsley earned his 10th save by pitching the ninth. He retired Carpenter on a groundout to end the game on a close play at first.

The Cardinals, who had just four hits in the game, have won five straight. St. Louis extended its home winning streak to six games.

New York starter Nestor Cortes threw 5 1/3 innings before being lifted after a walk. Cortes, who pitched in the All-Star Game last month, allowed one hit and two runs. He walked four with four strikeouts.

Judge scored his second run in the fifth, giving New York a 3-1 lead. He led off with a single to chase starter Dakota Hudson, who gave up seven hits. After stealing second and advancing on a groundout, he was knocked in on a single by Gleyber Torres.

Donaldson drove in New York’s first two runs. His one-out single in the third drove in Judge, who led off with a single and went to third on Carpenter’s second single. Donaldson doubled home DJ LeMahieu with two outs in the first inning.

Yadier Molina singled up the middle with two outs, scoring Arenado from second to tie the game 1-1 in the second.

The Cardinals closed to 3-2 with a run in the sixth when O’Neill hit a two-out single to right off Albert Abreu and drove in Goldschmidt.

Carpenter, a three-time All-Star with the Cardinals, received a 45-second ovation before his first at-bat. He tipped his cap to the fans and then to the Cardinals’ dugout. Carpenter batted .262 with 155 homers and 576 RBIs with St. Louis from 2011-21.

“You could make a case they’re the New York Yankees of the National League,” Carpenter said in a pregame news conference about the Cardinals. “Combine that with just the history of the organization and what it means to put on that jersey, well, it’s a pretty cool place.”

The Yankees made only their third appearance in St. Louis during the regular season and first since 2014, as the Yankees, Orioles and Rangers have each played the fewest overall games — six — at Busch Stadium III. Each of the first four interleague series between St. Louis and New York have been at different venues — original Yankee Stadium (2003), Busch II (2005), Busch III (2014) and Yankee Stadium (2017). Overall, the Cardinals and Yankees have played 12 regular season games, which tie for fewest between opponents among current MLB teams.

The crowd of 46,940 at the game was the largest this season. It also was the 11th sellout for St. Louis.

Yankees: Claimed RHP Luke Bard off waivers from the Tampa Bay Rays and assigned him to Triple-A Scranton/Wilkes-Barre. Bard, 31, went 1-1 with a 1.93 ERA in eight relief appearances for the Rays this season.

Yankees: 1B Anthony Rizzo (lower back tightness) was scratched from the starting lineup just before the game began. He missed four games last month with the same issue. Rizzo has 27 homers this year.

Cardinals: RHP Jack Flaherty (shoulder) is scheduled to throw a bullpen session Saturday with pitching coach Mike Maddux watching. If all goes well, he could be cleared for a minor league rehab assignment next week. … OF Juan Yepez (forearm strain) has started swinging and throwing. A rehab assignment in Triple-A remains a possibility.

Yankees: Domingo Germán (1-1, 6.38) started last Monday against Seattle and earned his first win of the season when he pitched 5 1/3 innings. He missed the first 93 games of the season with right shoulder impingement syndrome. He starts Saturday against St. Louis.