Death of soccer journalist Grant Wahl is shocking, and suspicious. This man was one of a kind. 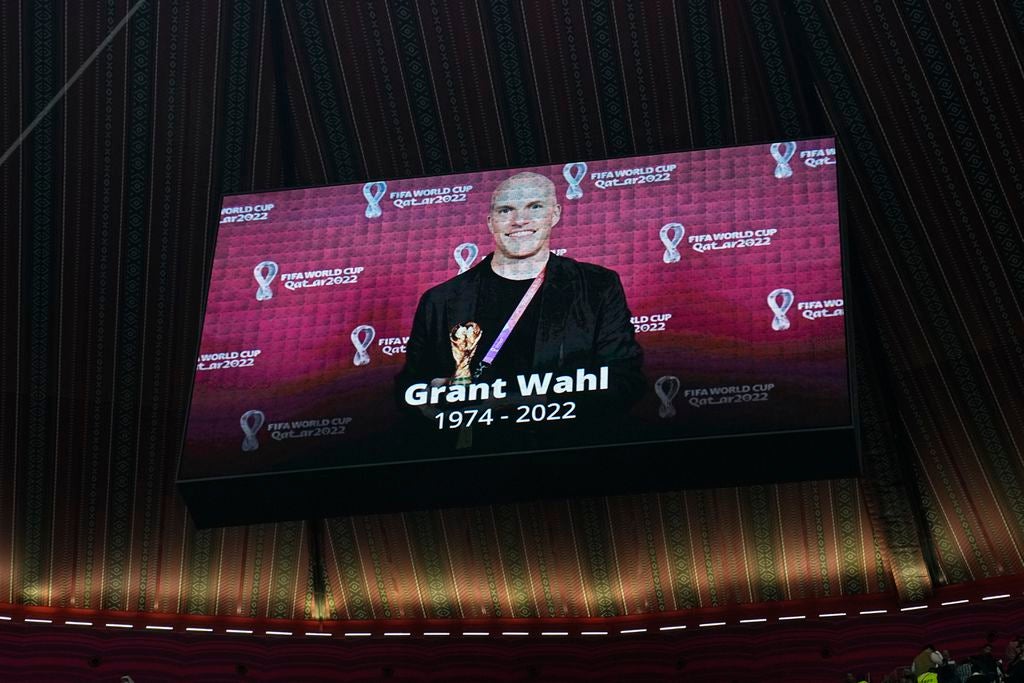 Maybe it’s too soon to search for solace in a story that is a cocktail of shock, aching sadness, and more than fleeting suspicion.

The death of distinguished soccer journalist Grant Wahl at age 48 Friday after he became ill in the press box in Qatar during a World Cup soccer match brought an immediate outpouring of grief and admiration from waves of friends and former colleagues.

S.L. Price, who worked with Wahl for many years at Sports Illustrated, remembered him as the most “generous, enthusiastic, and principled colleague” he had ever known, calling his death “multi-level tragic.” Joe Posnanski wrote he was the “best of us.” “I don’t know how else to say this,’’ tweeted Tim Layden, another former SI colleague. “He cared about things. About everything.”

So many others — journalists and fans alike — shared anecdotes about Wahl’s kindness, his joy in finding kindred spirits who loved the sport the way he did. Many shared photos, and they all seemed to have the same theme. Whether the setting was a bar, venue, or a television studio, Wahl and the people with him were almost always laughing, happy to be in that moment with good company.

The words of admiration and respect after his death did not feel trite, cursory, or previously unsaid. The examples of his generosity with his time and knowledge continued to flow Saturday.

And maybe that is where the solace is found. Wahl cared. And he had to have known how much people cared about him.

Wahl was more than just an advocate for soccer. He was no shill. He covered the complicated and frequently unethical entanglements of the sport critically and fearlessly. He constantly examined the brutal plight of migrant workers in Qatar, writing just days ago of the government after yet another death, “They just don’t care.” Earlier in the tournament, he wore a shirt with a rainbow surrounding a soccer ball, a protest against Qatari government attempts to silence criticism about its treatment of the LGBTQ+ communities.

Wahl was brave and outspoken in a place where truth-seeking defiance can have terrible consequences. When word of his death broke Friday night, his brother Gary, who is gay, posted a video on Instagram (since made private) in which he said, “I’m the reason he wore the rainbow shirt to the World Cup. My brother was healthy. He told me he received death threats. I do not believe my brother just died. I believe he was killed. And I just beg for any help.”

Fox has received harsh and deserved criticism for its refusal to address Qatar’s record of human rights violations and the controversies surrounding its selection as the World Cup host during its coverage. The network did discuss Wahl’s death to open its coverage Saturday, with studio host Rob Stone in tears as he reiterated Friday night’s news. But it would be stunning if Fox elaborates on the context of Wahl’s death, his fearless fact-based criticism of Qatar, and his devastated brother’s suspicions about what happened.

As those who knew him attempt to come to grips with the death of an extraordinary journalist and better friend, it’s impossible not to ponder one last cruel twist. To find out the whole story of why Grant Wahl died, it’s going to require reporters with similar talent, contacts, fearlessness, and dedication to unearthing the truth. They must have the exact same attributes as a man who was one of a kind.

Martin would be a worthy honoree

Three things I believe about Hall of Fames and Boston legends thus far excluded: Stanley Morgan belongs in Canton. Dwight Evans belongs in Cooperstown. And Ned Martin is long overdue to win the Ford C. Frick Award. The award, presented annually by the National Baseball Hall of Fame and Museum to a broadcaster who exuded or exudes excellence, went to longtime Cubs voice Pat Hughes this year. Joe Castiglione, who has called Red Sox games on the radio since 1983, was a finalist and will get in someday. The path is more difficult for Martin, whose mellifluous tones were heard on Red Sox radio and then television broadcasts for 32 years. The Hall of Fame considers primarily local broadcasters whose careers ended before the wild-card era (1994) only once every five election cycles. Martin, who called his last Red Sox game in 1992 and died in 2002, is next eligible in 2027. Mercy.

A tip of the cap to legendary Ch. 4 sportscaster Bob Lobel, who received the prestigious Gold Circle Award at the New England Emmy Awards Monday night. The honor is given to a broadcaster whose contributions span 50 years or more. Lobel brought irreverence, insight, and a warm sense of humor to Ch. 4′s sportscasts beginning in 1979 — he previously had worked in New Hampshire — through 2008. In Lobel’s heyday, we sure were lucky to have sportscasters like that.