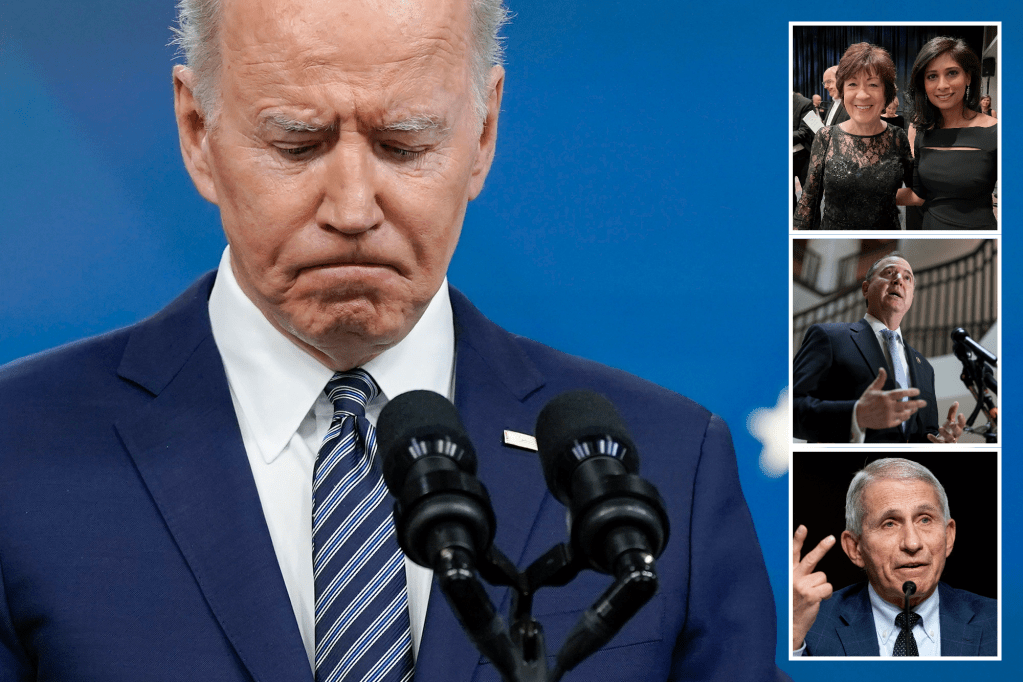 Organizers of the annual Gridiron dinner revealed Friday that DC’s haughtiest gala was one of the capital’s worst COVID-19 super-spreader events to date – with almost 1 in 10 guests now positive for the coronavirus.

The viral hangover is casting uncertainty on whether President Biden will attend the White House Correspondents’ Dinner later this month as Biden touts a return to normalcy after two years of the pandemic.

As of Friday afternoon, at least 53 of the Gridiron dinner’s roughly 630 guests tested positive for the virus, Washington Post journalist Annie Linskey reported on Twitter.

At least two cabinet secretaries, several members of Congress, multiple White House officials and a large number of journalists are among the dozens to test positive after going to the first major DC society event in two years.

The Gridiron Club is a group of 65 elite DC journalists and is best known for its early April dinner, which kicks off a month of chummy interactions between the press and officials, ending with the late-April White House Correspondents’ Association’s dinner.

White House press secretary Jen Psaki said Friday that Biden has not decided whether to attend the correspondents’ dinner. The anticipated 2,600 guests this year must present a negative rapid test result.

Reporters expected Biden to attend the correspondents’ dinner, where comedian Trevor Noah is set to perform. Presidents typically make jokes during the star-studded gathering, though Donald Trump did not attend while in office.

“We have not announced his plans to attend or anything about his schedule,” Psaki said at her daily briefing.

Psaki also said it was possible that Biden, who did not attend the Gridiron dinner, may soon fall ill with COVID-19 after pointedly defending his decision to host a “huge” but outdoors event Friday featuring hundreds of guests on the White House lawn to celebrate Ketanji Brown Jackson’s confirmation to the Supreme Court.

Some top DC Democrats tested positive this week despite not attending the dinner, including House Speaker Nancy Pelosi (D-Calif.), Who tested positive Thursday after attending White House events with Biden on Tuesday and Wednesday. Biden kissed her on the cheek Tuesday and she stood behind his shoulder during a Wednesday bill-signing event.