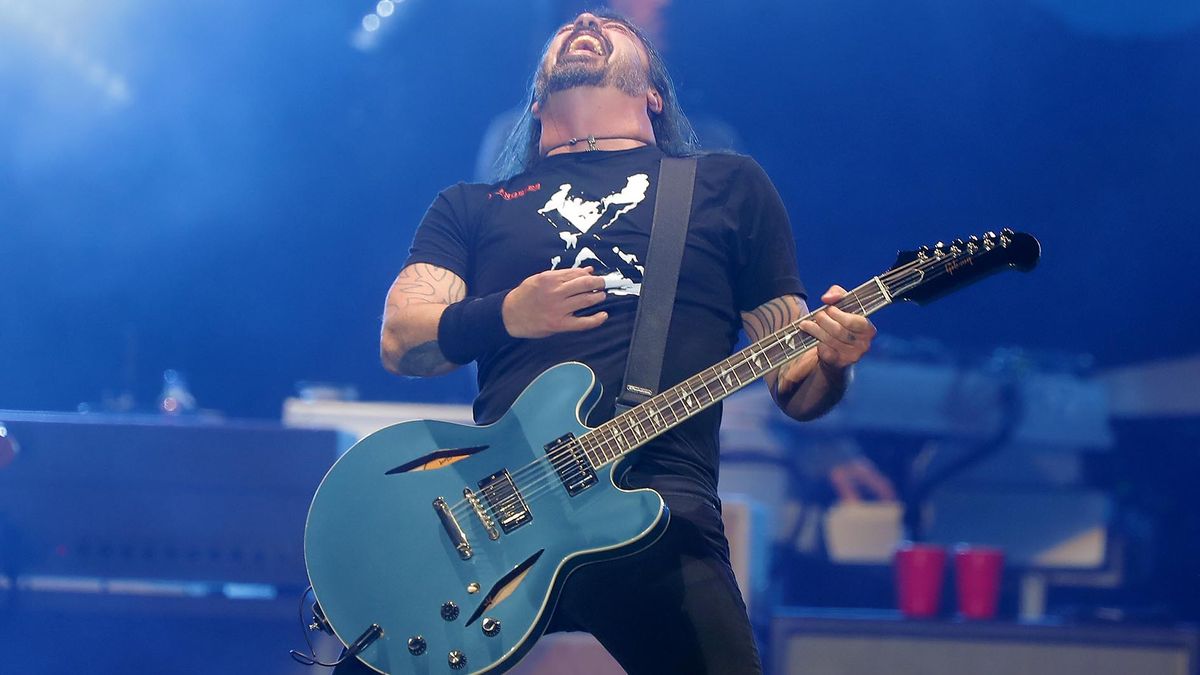 Grohl initially said he would have a Dream Widow album ready to go by February 25 – the movie’s release date – however this did not materialize. The guitarist did joke at the time that he thought the deadline was “going to kill” him.

But the album has at last arrived, and it’s significantly heavier than we would have ever predicted. Sure, Grohl said last month that recording the album allowed him to “release [his] inner thrash metal child ”, but even that could not have prepared us for how hard the LP’s opener Encino hits.

From its opening beat, the track sees Grohl exercise his surprisingly formidable screaming vocals, which sit over high-octane thrash beats and killer drop-tuned electric guitar riff work, before he switches gears to an expansive doom-tinged arrangement from the 21-second field.

Other album highlights include the previously released March of the Insanethe harmonized guitars of Angel With Severed Wings spirit Come All Ye Unfaithfuland closer Lacrimus dei Ebriusa 10-minute epic that draws influence from bands like Trouble, Corrosion of Conformity and Kyuss.

Grohl is the architect of the album as a whole – handling vocals, guitar, bass and drums – but is assisted by Jim Rota of Fireball Ministry on lead guitar. The pair are joined on select tracks by keyboardists Rami Jaffee – also of Foo Fighters – and Oliver Roman.

You can listen to the full album on Spotify below.

Studio 666 tells the story of Foo Fighters gearing up to record their 10th album in a dilapidated mansion in Encino, LA, only to discover supernatural forces threatening “both the completion of the album and the lives of the band”.

Grohl’s character finds a creepy basement, where he discovers a tape by the fictional band Dream Widow, which was recorded in the same mansion. Grohl’s new Dream Widow album is intended to be this lost tape.

“When we started writing the script, we had the idea of ​​there being this epic metal opus that – once completed – would release the demon in the house,” Grohl explained to Variety last month.

“I said, Oh fuck, I’ve got a million riffs.” So I recorded this 13- or 14-minute-long instrumental by myself thats very metal, and it’s meant to be from the band Dream Widow. Then, I furthered that idea by making a whole record by Dream Widow that would be their lost album that they recorded before they were murdered. ”

“I grew up listening to punk rock and thrash metal in the early ’80s [and] mid ’80s, ”Grohl told UK newsletter The New Cue earlier this month, “and I have a real soft spot in my heart for old-school bands like Venom and Slayer and Testament, Exodus, all those bands.

“I was really into that shit when I was a kid but I’ve never been in a band that plays that type of music so when I go into the studio by myself and I record these things, it’s almost therapy, I’m finally getting it out of my system. ”