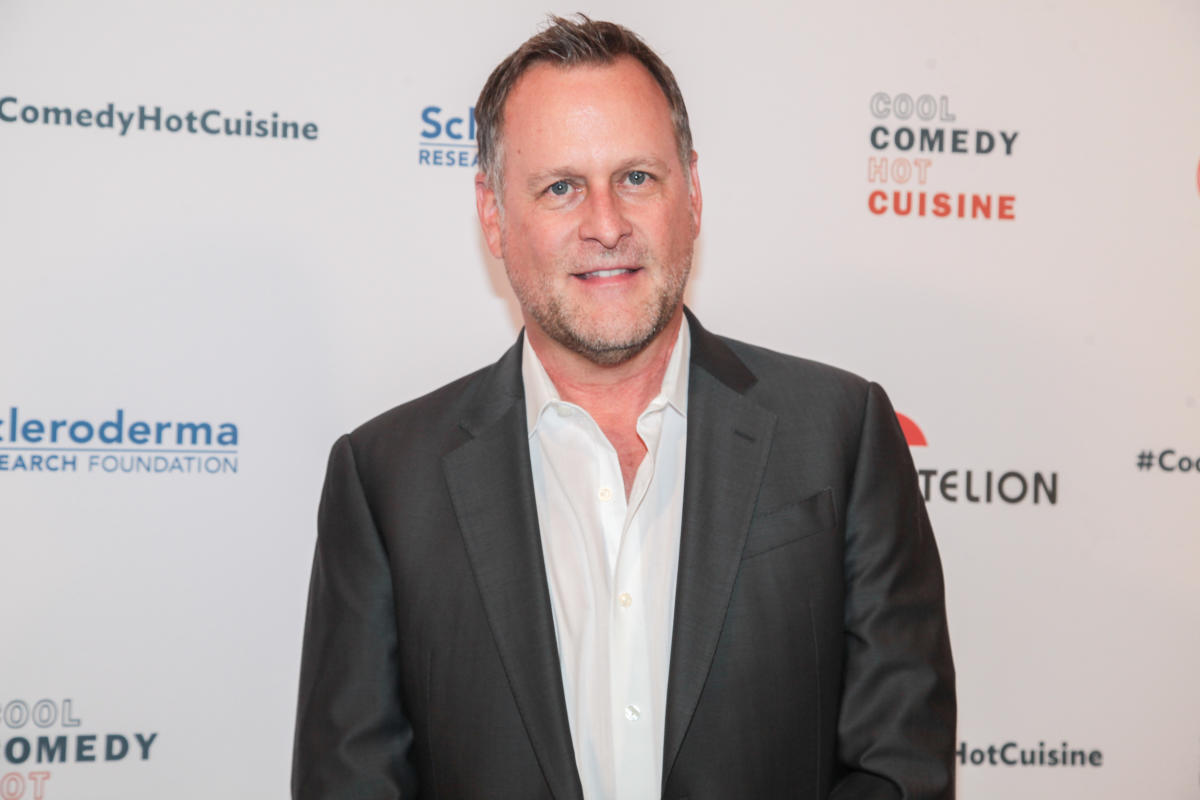 Dave Coulier revealed publicly for the first time he’s an alcoholic, something he says “was hard” to admit. The Full House star appeared on Friday’s Good Morning America where he opened up about his decision to quit alcohol more than two years ago.

“I was kind of the sad clown,” Coulier explained. “For me, I had to really take an inner look at myself to see, ‘OK, this is something I need to change.'”

Coulier talked about his sobriety journey in an Instagram post on Thursday. The actor shared an old photo of his bloody face, an injury he said occurred when he fell down drunk. Coulier said on GMA he had “won a few bucks out on the golf course” and was looking for “another excuse” to celebrate. The comedian had to send that photo to his wife, Melissa, who started crying.

“At that point, I realized, ‘Wow. I need to fix this,'” Coulier shared.

When asked how difficult it was to admit he’s an alcoholic, the actor replied, “That was hard.”

“That was something that I thought other people were,” he added. “For me, I was a functioning alcoholic.”

Coulier was not looking at his drinking habits and thinking he was an addict.

“That was part of the problem,” he said. “It was very thinly disguised as ‘Let’s have a great time!'”

It’s been a difficult year for Coulier, who lost his father, brother and close friend Bob Saget. But maintaining his sobriety has helped him get through tough times.

“I’m having the best time of my life,” he added. “I feel healthier than I ever have.”

The actor has received overwhelmingly positive support since Thursday’s post.

John Stamos, who’s been open about his own sobriety journey, wrote, “Proud of you brother!”

Andrea Barber commented, “I love you and I’m so proud of you. You inspire me!”