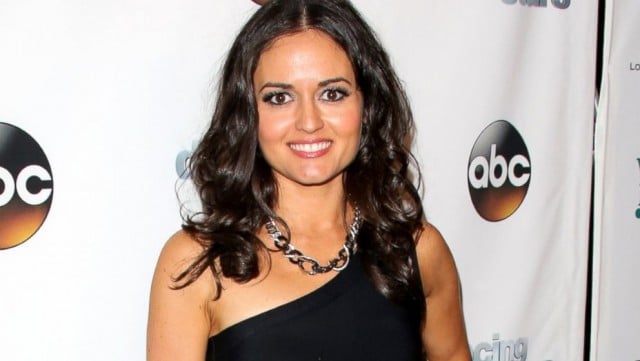 Her words were not the only force behind that decision. The network’s head didn’t help matters.

Though many know Danica McKellar from The Wonder Years or Young Justice, much of her recent on-screen work has been on Hallmark. And, yes, on Great American Family.

In fact, she co-starred with Neal on multiple GAF projects. But she’s not going anywhere.

Author and actress Danica McKellar spoke to Fox News Digital over the weekend about her co-star’s departure.

“Neal is a wonderful person,” she strongly affirmed.

“He’s such a great actor,” Danica praised, “and I have enjoyed working with him so much.”

“He and I both share our love and support of the LGBT community for sure,” Danica McKellar emphasized.

However, that does not mean that they see eye to eye on Candace Cameron Bure’s homophobia scandal.

“I don’t agree with his interpretation of her comments,” Danica admitted. “I just didn’t see them the same way.”

We will certainly unpack why it is no surprise that Danica and Neal might see things differently.

Our intention will not be to shame Danica in any way.

In fact, it is the nature of dogwhistles — be they homophobic, transphobic, racist, or otherwise — to rely upon people’s generosity and better natures. They’re called dogwhistles because some will hear the intended meaning, and others will not.

But if Hallmark’s extremely recent inclusion of same-sex couples drives away bigoted viewers, Candace Cameron Bure and the Great American Family channel have an alternative.

Just a few weeks ago, Bure announced that she is leaving Hallmark and entering a partnership with Great American Family.

“Traditional family” is meaningless, because neither family nor tradition are a monolith. That ambiguity is what makes it such an effective dogwhistle — one to malign LGBTQ+ individuals, relationships, and families.

She is not the only one there who feels that way.

Bill Abbott previously headed Hallmark and is now the chief executive at GAF … and seemingly referred to the LGBTQ+ community and their representation in media as a “trend.”

This is where Neal Bledsoe, who co-starred with Danica in The Winter Palace and Christmas at the Drive-In, comes into play.

He announced that he is walking away from Great American Family after starring in multiple projects.

Neal explained that “the thought that my work could be used to deliberately discriminate against anyone horrifies and infuriates me.”

Still, he wasn’t writing off the network forever.

“I hope GAF will change,” he expressed.

“But until everyone can be represented in their films with pride,” Neal continued, “my choice is clear.”

Danica may simply be giving Candace Cameron Bure the benefit of the doubt.

People do this a lot. Sometimes it’s because they see the good in people. Other times, it’s easier to not allow yourself to see the malice in another’s heart.

So Danica’s reluctance to disavow Bure or GAF could simply be rooted in not perceiving Bure’s words as malicious. That’s how dogwhistles work.


SoundCloud’s revenues grew 19% YoY to $273m in 2021. Now it’s predicting that ‘fandom will be the next big format for the music business’.