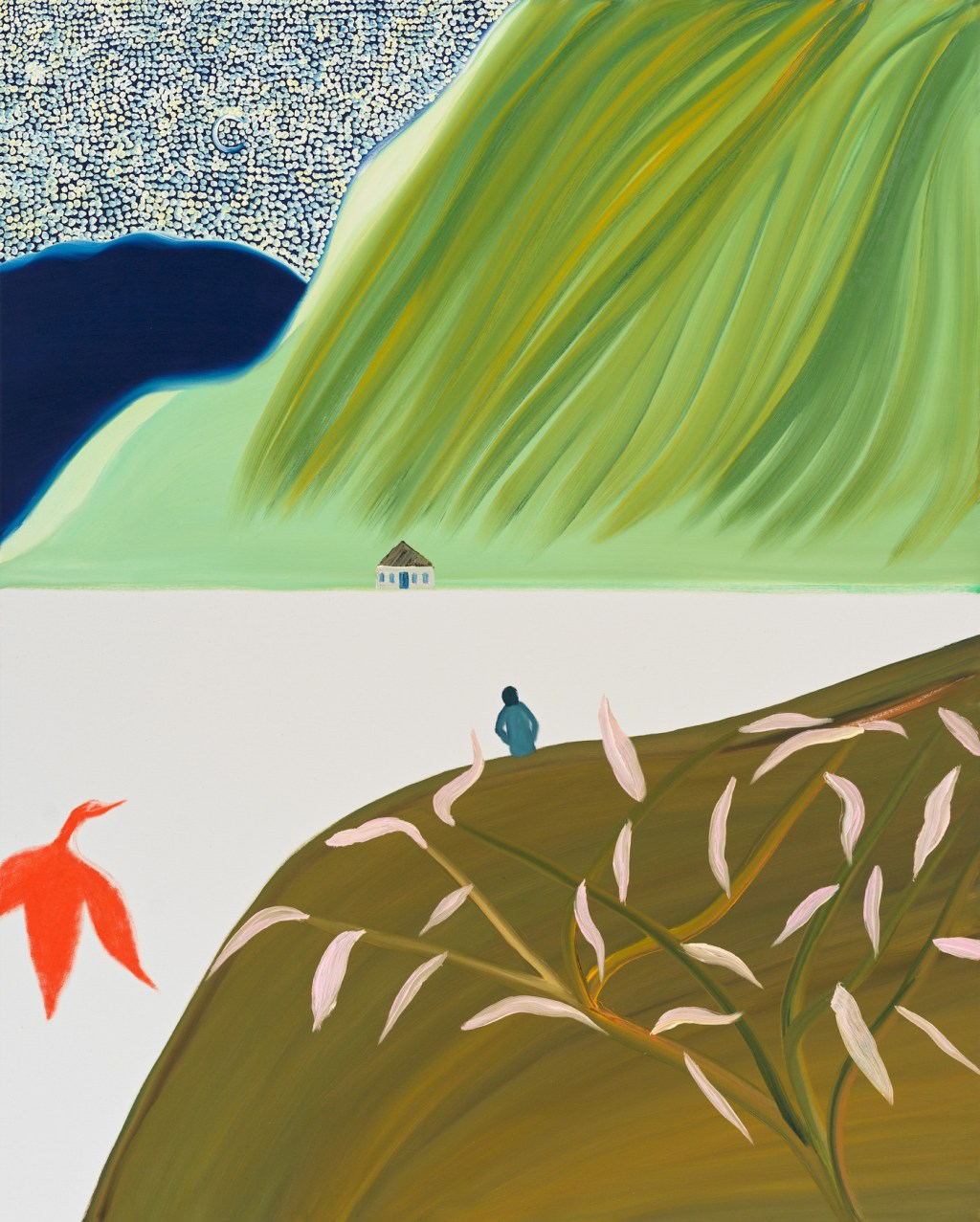 The late artist Matthew Wong broke into the art world around 2017 with his luminous landscapes: blue mountains blanketed with snow, frozen lakes, hypnotic skies composed of cobblestone brushstrokes. Melancholic and mosaic, his art was heralded as a worthy successor of Vincent van Gogh — with intriguing elements of Fauvism and Gustav Klimt. Wong was self-taught, and people responded to the earnestness of his feelings. In 2019, as his feats of form were still developing, Wong died by suicide at age 35.

He left some 1,000 paintings and ink drawings, most of which are now fiercely fought for by collectors. In the years since his death, art institutions have looked to examine his visual impact. In 2019, New York – based gallery Karma, which gave Wong his first solo show the year prior, staged a posthumous solo exhibition, and last year, New York’s Cheim & Read also mounted an exhibition of Wong’s unseen ink drawings. The Art Gallery of Ontario is currently exhibiting some 40 paintings from Wong’s “Blue Series.”

The next show dedicated to Wong will be the most comprehensive yet. On October 16, “Matthew Wong: The Realm of Appearances” will open at the Dallas Museum of Art, marking the first US museum retrospective of the artist. More than 60 works will be on view, tracing the arc of his six-year career.

The exhibition will also feature a special conservation study of several of Wong’s paintings, including The West, which was acquired by the DMA in 2017. (The DMA was the only US museum to acquire a painting by Wong during his lifetime.) Wong was a prolific painter, and frequently reused canvases, executing new images on top of earlier ones.

The show’s curator Vivian Li has organized the show in two parts: the first addressing his practice between 2013 and 2016, while he was living in Hong Kong and working from a studio in China. The second half focuses on his move to Canada, a brief but illustrious period.

The show will also be an exploration of Wong, both the painter and the person: a young Chinese Canadian, a son, a poet, a voracious scholar; someone who was depressive and neurodivergent. His biography, Li said, is too often overshadowed by his tragic death and market star.

“It’s the same, recycled biography that is circulated so it’s been a great journey learning about him,” Li said in an interview. “After you die everyone writes about you, but he had his own strong voice. He had strong opinion and ideas, he was a great thinker. ”

Li worked closely with Wong’s mother, Monita, and his estate to assemble the materials. Notably it includes his early forays into photography, which Wong once described in an interview as the “first thing I remember doing out of my own creative volition.” He later turned to ink drawing and painting, picking up tips from online discussions among artists.

The show’s title takes its name from one of Wong’s most striking paintings, The Realm of Appearances, in which a fiery forest scene is tempered by the cool blue horizon. Like many of his paintings, the piece has inspired comparisons to Pointillism, the saturated colors of Édouard Vuillard, and the dazzling patterning of Yayoi Kusama.

“Wong was totally cognizant of his influences,” Li said. “He had a photographic memory and was constantly going to the library, studying the masters. He was a polymath. ”

The paintings, however, remain immediately obviously his own.

“He always tried to see himself in the world, while leaving the canvas open for others to enter into,” Li said. “I think that’s the appeal. That openness, that honesty. Everyone loves these paintings, but when they learn about the journey to create them, they’ll be asking new questions. ”