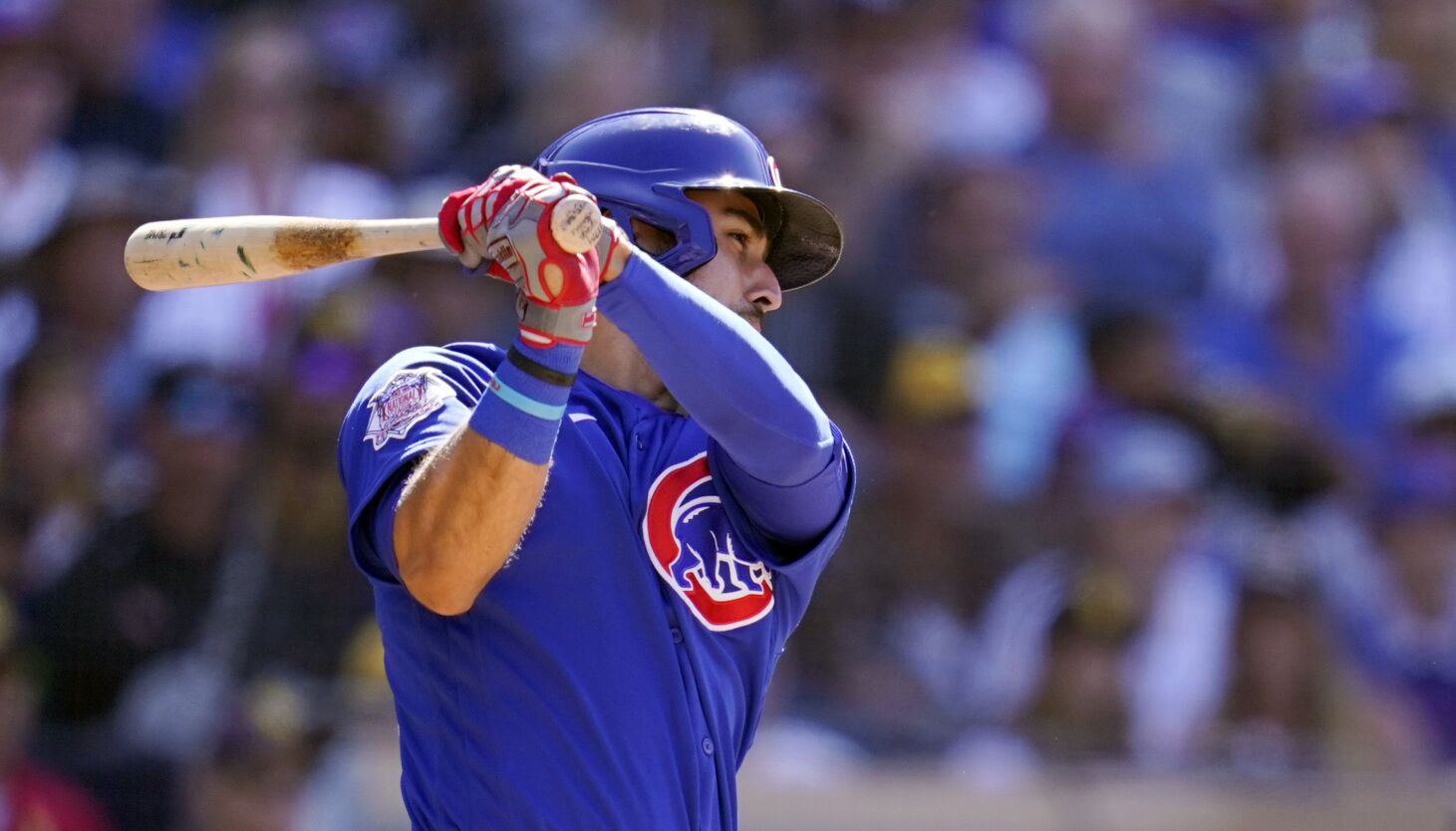 SAN DIEGO – The Cubs were running out of time to complete a comeback against the Padres in the eighth inning Wednesday when first baseman Alfonso Rivas stepped up to the plate with the bases loaded.

He drove a go-ahead two-run single into center field.

The night before, he’d hit a game-tying two-run homer with his family in the stands.

Rivas, batting .289 with 10 RBI to start the season, has become a quick fan favorite coming off his 2021 debut. He made an impression early on, even with inconsistent at-bats. As the Cubs hit a roster crunch last month, they sent Rivas down to Triple-A for less than a week in favor of much-needed pitching depth.

Since being recalled, Rivas has factored more heavily into the Cubs’ plans. The team was confident enough in his play to option first baseman Frank Schwindel to Triple-A on Sunday to work through a slump – even though they recalled Schwindel the next day as IL moves and

“He’s a great hitter,” Cubs catcher Willson Contreras said of Rivas. “From Day 1 that I met him, I knew he was going to be something special. His approach is really good, his swing is really good, and his strike zone is also really good. ”

Rivas’ glove has been as notable as his bat. He held at bay what would become a Padres rally in the sixth inning of the Cubs’ 5-4 loss on Tuesday. With a runner on second, Padres Jurickson Profar hit a sharp line drive up the first baseline. Rivas made a diving stop to save a run.

Rivas, who also plays outfield, had not played much first base until his junior year at the University of Arizona – coincidentally Arizona is the Cubs’ next stop on this road trip. And he did not consider his defense at first to be a strong suit until 2019, in the A’s minor-league system, working with infield coordinator Juan Navarrete.

“You’re so close, you’re probably involved in most of the plays,” Rivas said of the biggest transition to first base, “so just mentally being locked in to every pitch.”

Rivas’ positional flexibility is also valuable for the Cubs. Though they entered the season with plenty of outfield depth, Michael Hermosillo went on the 10-day IL this week with a left quadriceps strain. And right fielder Seiya Suzuki has been out of the starting lineup the past two games with right ankle soreness.

The outfield, however, is no longer his primary position.

“I think his position’s first base, that’s where he really stands out to me,” Cubs manager David Ross said. “He’s really smooth over there, very athletic, great hands, something calming about him over there. No matter how hard the ball’s hit or how slow, it looks like he’s running at the same pace [with] everything he does.

“So, got a lot of confidence in him defensively.”

In a three-game series against the Padres, Rivas pinch hit in the first game against Padres reliever Dinelson Lamet, drawing a walk. Rivas started at first base the next two games, when the Padres started right-handers, setting Rivas up for hometown heroics.

“It’s so cool when things like that line up,” Cubs shortstop Nico Hoerner said. “… I just think that’s who he is as a baseball player, one of those guys that has always had a lot of confidence and is just very even-keel.”