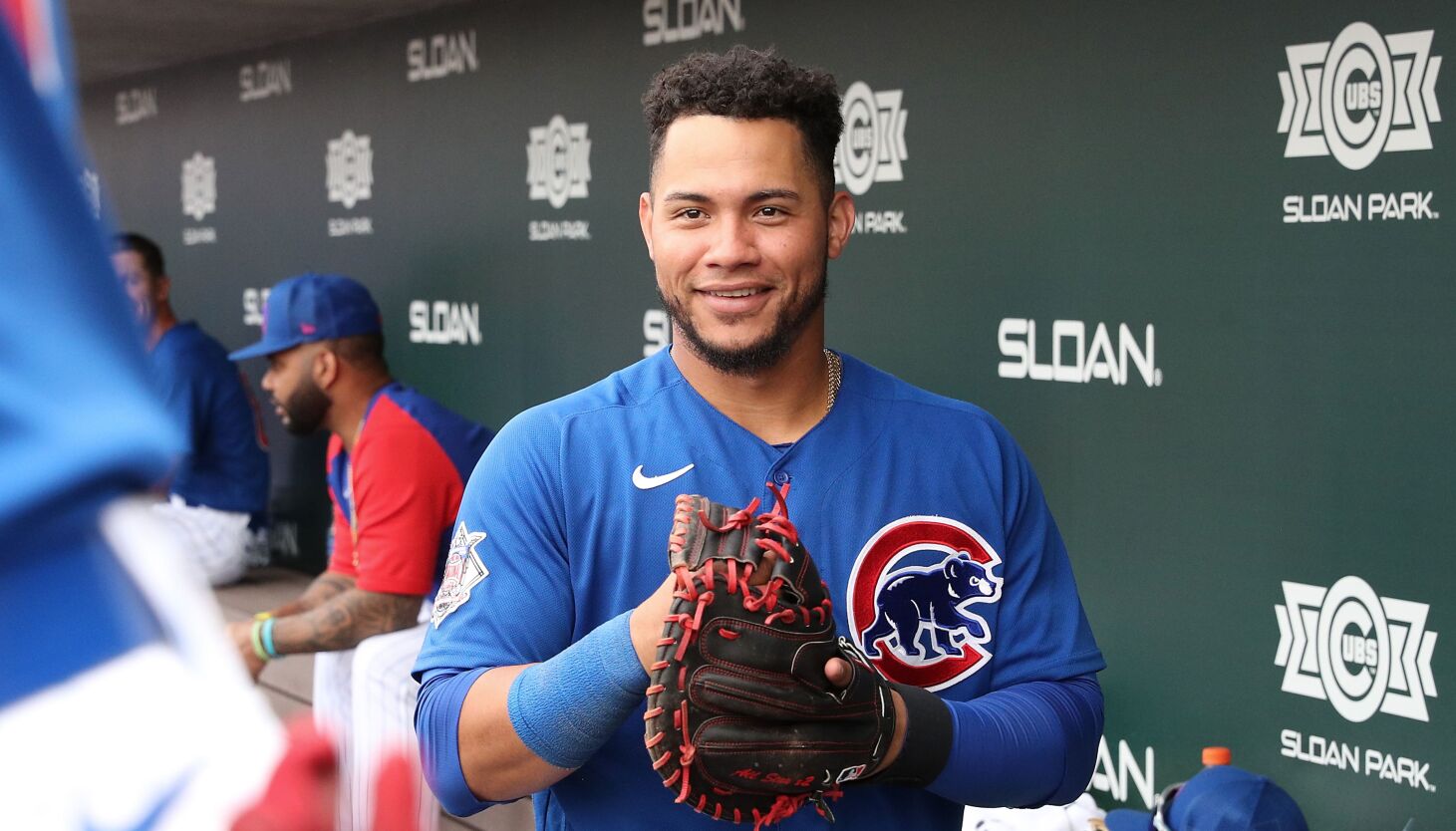 MESA, Ariz. – The Cubs played the Brewers in one of a pair of split squad games on Friday, less than a week before they face Milwaukee at Wrigley Field for Opening Day.

In the other game, veteran Kyle Hendricks took the mound against the Diamondbacks. Though Cubs manager David Ross has not yet named his opening day starter, Hendricks appears to be the favorite, especially after the Cubs scheduled right-hander Marcus Stroman’s next start for a minor-league game on Sunday. That lines up Stroman to start the Cubs’ second game on a regular five-day schedule.

With bits and pieces of an opening day preview playing out around Arizona, it’s a good time for a Sun-Times opening day roster projection.

“The 7th is an important day, I think from a player’s perspective, when you get to be a part of opening day,” Ross said. “I do not take that for granted and understand all that, being on the team and breaking camp.

“But there’s also a sense of, we have six months of baseball to play and a unique spring training and unique offseason that we need to be aware of.”

This year, readiness will be a bigger factor than in seasons past. So, keeping in mind that injuries, performance, or a late trade in the last week of the spring could upend this prediction, here’s one way the Cubs could use their 28 active roster spots to open the season:

Lefty Wade Miley is expected to start the season on the injured list – the Cubs have shut him down from throwing for 10 days due to elbow inflammation. When he returns, the Cubs could move Mills, who has experience in a swingman role, or even Steele into the bullpen as a multi-inning reliever.

The Cubs, along with every team in Major League Baseball, get two extra roster spots to start the season. With the short spring, and starters not having as much time to build up to their normal workloads, those spots will likely go to pitchers. Thompson, Norris, Chavez and Rucker have all logged multi-inning outings this spring, which will come in especially handy early on.

After using eight backup catchers last season, the Cubs are poised to enter the season with a consistent backup for Contreras. Between Gomes ‘signing just before the lockout, and the designated hitter coming to the National League, the Cubs have tools to keep Contreras’ legs fresh.

It’s looking less likely by the day that shortstop Andrelton Simmons (right shoulder soreness) will be ready for opening day. Not carrying six infielders would pose a risk, one that was crystal clear when the Cubs held Madrigal out of the lineup Friday, citing leg fatigue and a precautionary approach. So, it may not be the most likely situation. Versatile infielder Ildemaro Vargas would be a strong choice to add infield depth. But if the Cubs did put five infielders on their opening day roster, the move would free up a spot for another outfielder.

Suzuki, Heyward and Happ are in position to claim spots on the opening day roster. Depending on how Happ’s recovery from an elbow procedure in February continues to go, the Cubs could also use the DH spot to lighten his load on the field. That leaves a tight competition for the remaining spots. The Cubs will have to decide whether to prioritize infield depth or keeping their full outfield group.