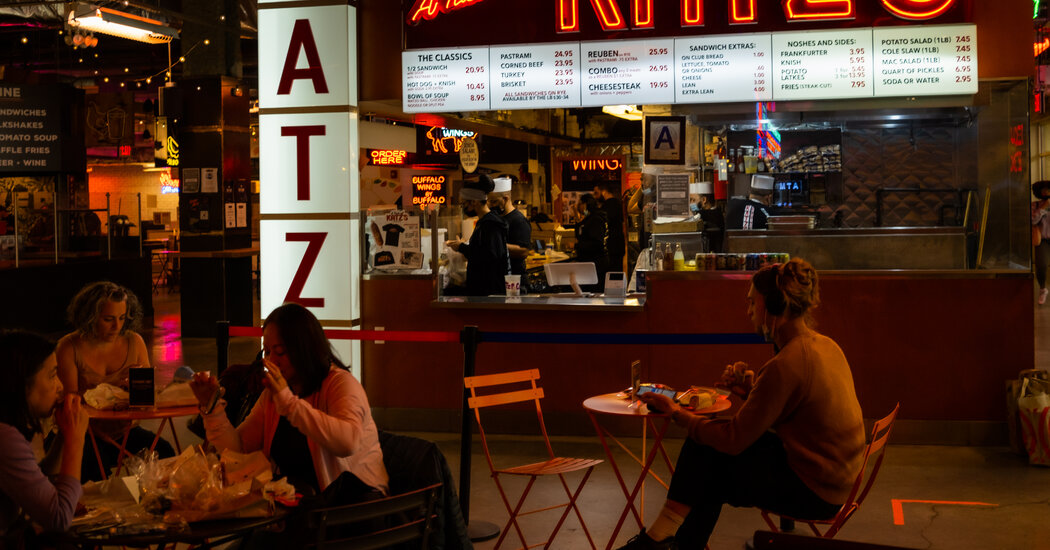 LONDON – Queen Elizabeth II has been infected with the coronavirus, Buckingham Palace said on Sunday, becoming one of the world’s most prominent figures to battle the virus and deeply rattling the country she has suffered for seven decades.

The palace issued few details about the condition of the queen, who turns 96 in April.

“Buckingham Palace confirms that the queen has today tested positive for Covid,” the palace said in a statement. “Her Majesty is experiencing mild coldlike symptoms but expects to continue light duties at Windsor over the coming week. She will continue to receive medical attention and will follow all the appropriate guidelines. ”

She met this month with her eldest son and heir, Prince Charles, who was reinfected with the coronavirus and went into isolation. He last contracted a mild case of the virus in March 2020, as the pandemic was first engulfing Britain.

Prime Minister Boris Johnson suffered a severe bout of Covid around the same time and ended up in an intensive care unit. But even that alarming episode paled next to the news that the queen, who has reigned for longer than most Britons have been alive, has contracted a potentially deadly disease.

Buckingham Palace has labored to protect the queen from exposure to the virus. She retreated to Windsor Castle in early 2020 with her husband, Prince Philip, and lived in virtual quarantine for more than a year.

Elizabeth received a dose of a coronavirus vaccine in January 2021 at Windsor Castle, along with Philip. The palace has not confirmed any subsequent vaccine doses. Charles has said that he is fully vaccinated and boosted.

Philip died in April 2021 at age 99, and the queen was forced to isolate herself during his funeral service. A photographer captured a poignant image of her, grieving alone and wearing a mask, in a choir stall at St. George’s Chapel at Windsor.

In recent weeks, the queen has begun appearing again in public after a difficult stretch last fall, when she canceled several public engagements because of what Buckingham Palace officials described as exhaustion. Her frailty deepened anxiety that the second Elizabethan age was coming to an end.

The circumstances of the queen’s infection remained clouded in questions. Charles was at Windsor Castle, where she is in residence, on Feb. 8 for an investiture ceremony. Charles, who is 73, got the news that he had tested positive on Feb. 10 and postponed a trip to Winchester, England, at the last minute. His wife, Camilla, also tested positive.

Speaking to Sky News in June 2020, Charles said he “got away with it quite lightly” the first time he contracted the virus. “I was lucky in my case,” he said, “but I’ve had it, and I can so understand what other people have gone through.”

The queen marked the 70th anniversary of her accession to the throne on Feb. 5 at her country estate, Sandringham. In a statement issued that day, she said she hoped that when Charles succeeded her, Camilla would be known as queen – a major endorsement that the couple had long sought from the monarch.

“We are deeply conscious of the honor represented by my mother’s wish,” Charles said in a statement. “As we have sought together to serve and support Her Majesty and the people of our communities, my darling wife has been my own steadfast support throughout.”