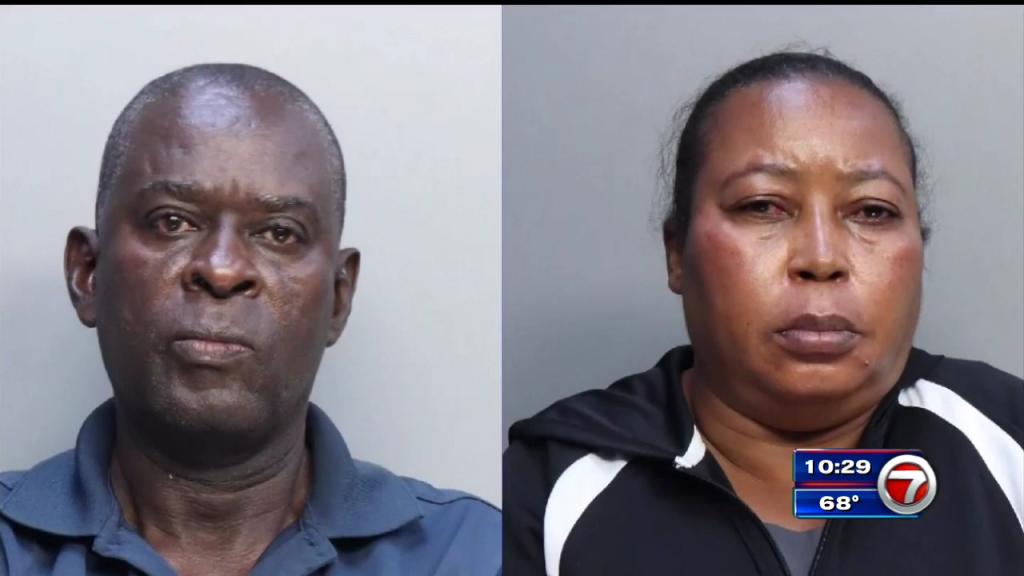 MIAMI (WSVN) – Police said a man was taken, tied up and tortured for 72 hours by a couple in Miami.

“He was panicking. He was trying to get help,” said one Good Samaritan.

The Good Samaritan remembered the moments when a man came running for help, his shirt covered in blood.

“He was very traumatized,” said the Good Samaritan. “I only realized afterwards that he was kidnapped.”

The Good Samaritan later learned that the man he helped had been through three days of torture, according to police.

The crime took place in The Villages Apartment Homes on the 700 block of Northwest 69th Street.

According to the Miami Police Arrest Report, a man was lured up to Apartment 801 on Dec. 28, where he was held under arms, handcuffed and repeatedly threatened.

On December 30, police said his inmates, 56-year-old Occius Dorsainvil and 52-year-old Marie Dorsainvil, demanded the victim’s sign over his car in return for his release.

They went to where it was parked, a few blocks away, but before the deal was completed, police said the couple forced the victim to drink a mixture of rum and bleach.

“I just saw two people by the vehicle,” said the Good Samaritan.

The Good Samaritan did not know what was going on, but kept an eye on the activity on his street around noon.

“Someone got out of the vehicle and ran towards me and he looked like he was shot or stabbed, but it was actually just blood from the vomit that occurred,” the Good Samaritan said.

The victim was taken to the hospital. Police arrested Dorsainvils a week later.

They were charged with kidnapping, armed robbery and attempted murder. They remain in prison without bondage.

Police need help finding a man they believe may have important information about what happened.

If you have any information about this kidnapping, call Miami-Dade Crime Stoppers at 305-471-TIPS. Remember, you can always remain anonymous and you may be eligible for a reward of up to $ 5,000.

Copyright 2021 Sunbeam Television Corp. All rights reserved. This material may not be published, broadcast, rewritten or redistributed.