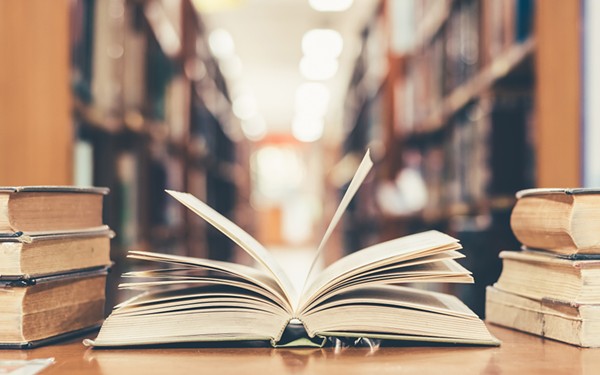 A conservative town in Michigan voted to defund its library this week because residents were angry about an LGBTQ-themed book that was on its shelves.

About 62% of voters in Jamestown Township, located outside of Grand Rapids, rejected a millage that funded the Patmos Library.

Now the library is at risk of closing.

Residents were incensed over the graphic novel Gender Queer: A Memoira coming-of-age autobiography that explores the life of the non-binary author and illustrator.

For months, residents have demanded the removal of the book. The library responded by moving the book behind the counter so it was out of reach of children.

But that wasn’t enough. Opponents of the novel formed a group, the Jamestown Conservatives, which baselessly suggested the library was grooming children and led an effort to defund the library.

The group then wanted more LGBTQ books removed from the shelves.

Library officials refused, pointing out that only 90 of the library’s roughly 67,000 books, videos, and other items have LGBTQ themes.

“I wasn’t expecting anything like this,” Walton, the library board president, told Bridge Michigan. “The library is the center of the community. For individuals to be short sighted to close that down over opposing LGBTQ is very disappointing.”

A GoFundMe campaign was launched Wednesday in hopes of keeping the library open. As of Friday morning, the campaign raised $4,745.

The head of the fundraiser, Jesse Dillman, tells Metro Times that the Patmos Library “is a core part of our small community” and that his family and many others rely on the collection.

“My kids love the toys and games, my wife and I love to rent the puzzles and attend the events, and we all love reading books there,” Dillman says. “The state of Patmos Library impacts my family in a very direct way.”

Dillman says he was “discouraged and disappointed” that the library was defunded.

“It even made me a bit angry to see people willing to tear down the very fabric of our small community over this perceived issue,” he says. “I spoke with other residents who were also very concerned about the future of the library after the results came in. Some are even getting more involved to help share the GoFundMe, or campaign in other ways.”

“I firmly believe most Jamestown residents are in favor of funding Patmos Library,” he says. “If we work together with the wonderful team at Patmos, I know we can overcome the rhetoric from a small vocal group and secure the funding the library needs.”