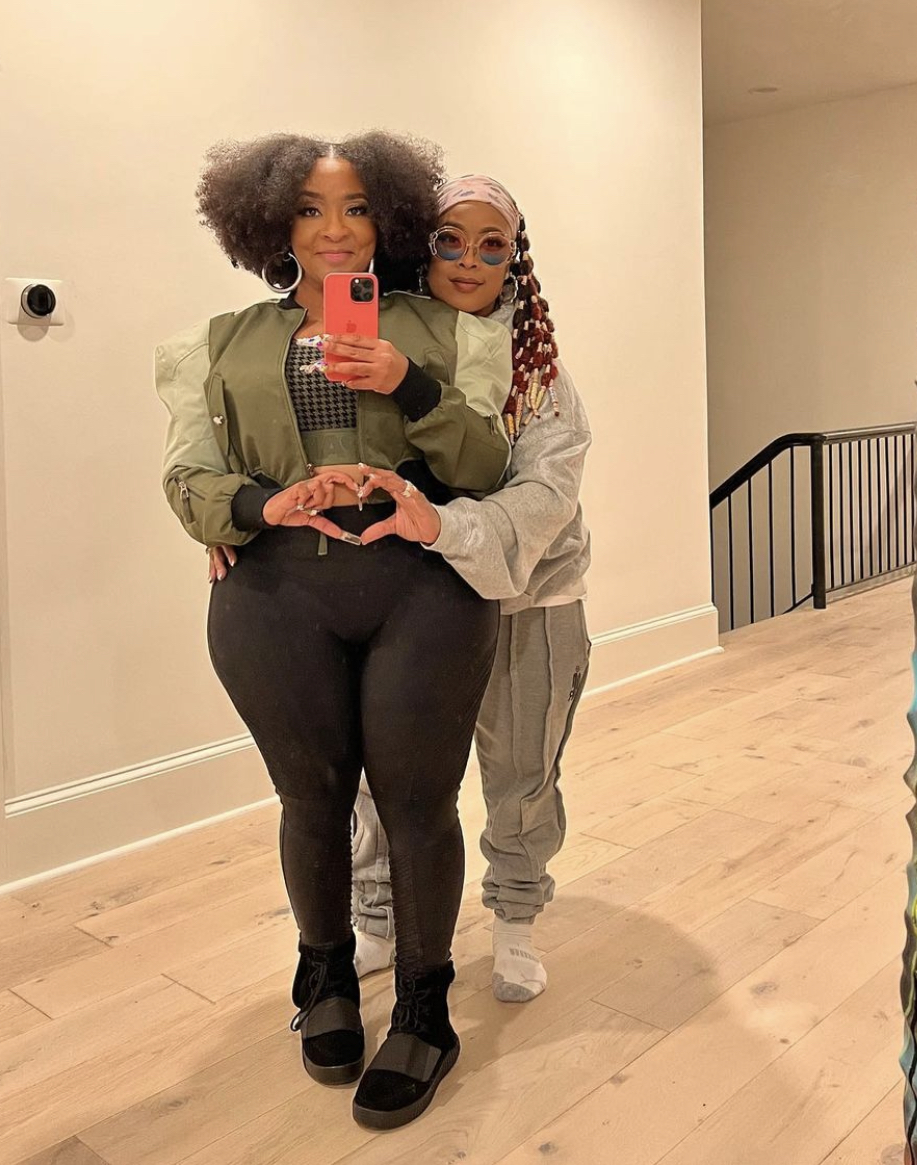 Let’s get married! Yesterday was 2/22/22, a very special day. The date is called a palindrome, meaning it reads the same forward and backward. Some believe palindromes hold special powers and it looks like Da Brat and Jesseca Dupart are believers! The couple made it official and tied the knot in a beautiful ceremony at the Horse Mansion in Fairburn, Georgia.

According to People the newlyweds chose their wedding date due to the significance. “We’ve been calling each other twin flames for a while. So this date, 2/22/22, is a significant event. We just did not want to miss it because it comes once in a lifetime, ”Jesseca said. She continued, “It’s relevant. It’s just real significant to our relationship. It signifies angel numbers, and it is also reminiscent of twin flames. ”

The couple looked stunning both wearing white wedding dresses. It was truly a family affair, and People report that one hundred guests were in attendance for the event, including Brat’s sister Lisa Raye who was also a part of the wedding party. The Roommates were shocked to see Lisa Raye wearing a purple gown instead of her signature white.

Jesseca’s BFFs Supa Cent & Tokyo Vanity were also in attendance, and Jermaine Dupri and Brat’s Dish Nation Family, Rickey Smiley, Eva Marcille, Porsha Williams, and more! Today, Brat penned a sweet note to her sister on Instagram. “It ain’t too many people or occasions where she ain’t wearing white,” she wrote. “But on my special day, it was whatever I needed from her. This pic right here does not even need a caption. It says “big sis lil sis” in every way possible. My sister’s keeper. Me and my Punk. ”