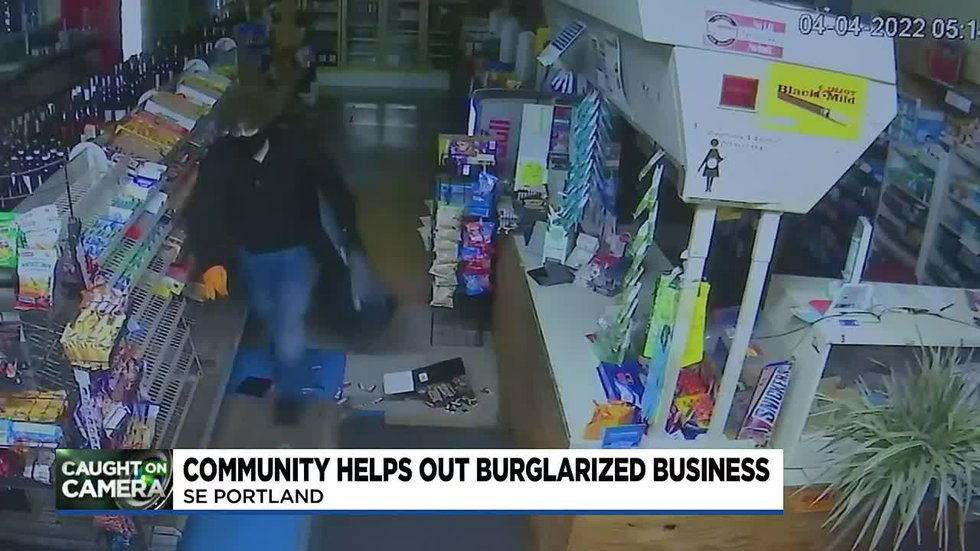 PORTLAND, Ore. (KPTV) – The Belmont Market in southeast Portland is recovering from a burglary earlier this week that left it out thousands of dollars.

Since then, the owners have been overwhelmed with the generous support from the community.

When Nicholas Clock got to the market Monday, it did not take long to realize someone else had been there first.

“There was a huge mess behind the counter,” he said. “We had cigarettes all over the place, our cash register had been stolen. Everything was knocked on the floor. It was a mess. “

He said someone broke through their lock, and then surveillance video shows the person going through cigarettes and stuffing things into a bag, even using a screwdriver to get the cash register.

“Coming out of a pandemic, that’s an absolutely devastating hit,” Clock said. “It’s heartbreaking really. We’ve got pictures of our kid up in the store. We’ve got his highchair sitting right over there, and there’s a guy back here stealing thousands of dollars’ worth of stuff that we worked really hard to buy and have. ”

But through this hard time, there’s some help and hope. A customer suggested a GoFundMe, which already exceeded its goal.

Clock said between that and insurance, they’ll be ok. They plan to reinvest any extra funds back into the community.

He said with crimes like these so common now, they want to be able to help anyone else who finds themselves in a similar spot.

“The next time somebody else gets robbed or vandalized or something we’re going to have money to immediately help them out,” he said.