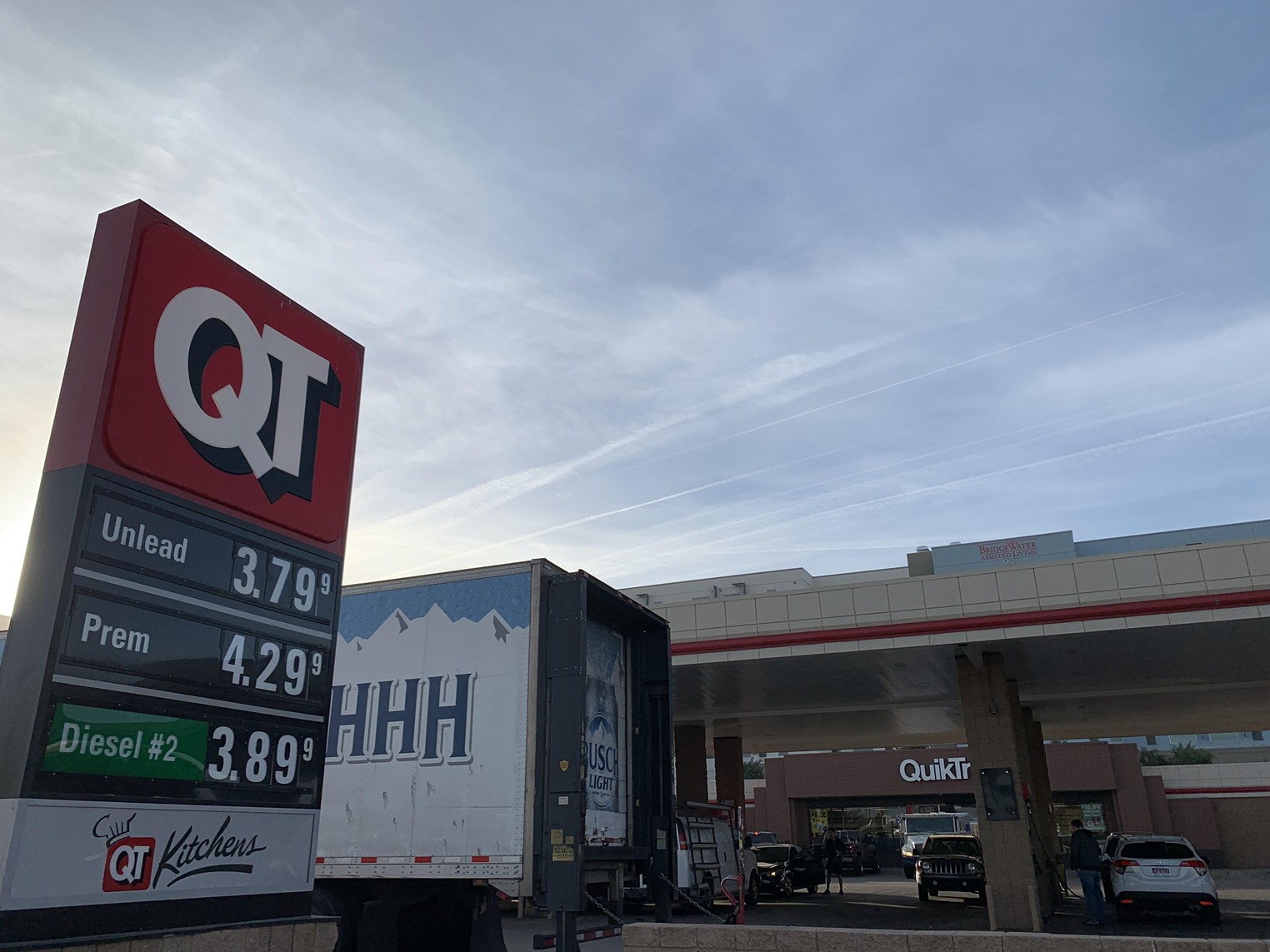 No one likes paying more for less. But if you live in metro Phoenix, you’re doing just that.

Inflation here is higher than anywhere else in the country, according to a recent study from the Common Sense Institute, a nonprofit, nonpartisan think tank based in Phoenix.

Inflation hits all Americans, but none more than the Arizonans who have faced an unprecedented 10.9 percent spike in prices over the last 12 months – 3 full points higher than the rest of the nation.

“It’s impacting the typical household significantly,” Jim Rounds, an economic analyst based in Tempe, told Phoenix New Times. “This is close to the worst it’s going to be.”

“The gas price issue is a real problem,” Rounds said. “It impacts when you buy milk or cheese because those items have to be transported.”

Yet it’s not just fuel prices that are on the rise, trickling beyond the gas pump onto the shelves of grocery stores.

Remember when a gallon of milk cost $ 1.98 in Phoenix last year? Today, Valley residents are not likely to get a gallon of whole milk for their Apple Jacks for less than $ 3.26, according to the U.S. Department of Agriculture’s March report.

Inflation is a growing problem in metro Phoenix.

Since October, prices for everyday necessities have jumped by at least 1 percent every month.

Phoenix lends itself to unprecedented inflation because of its rapidly growing economy, Rounds said. Stronger economic growth leads to greater demand for products.

That does not bode well for Valley residents as businesses continue struggling to move food, beverages, apparel, and sundries to consumers amid spiking fuel prices and a shortage of shipping containers, among other snags.

“A high-growth region like greater Phoenix is ​​under more pressure to deliver to consumers,” Rounds said. “But right now, it can not.”

It all started with the pandemic.

Demand for gas, recreation, and services tanked as a mass exodus from the office corralled people at home in isolation. When people went back to work last year, demand returned to something resembling the pre-coronavirus norm.

“COVID still has an impact on what is happening now,” Rounds said. “It’s causing this lingering effect that’s hitting the pocketbooks of every household in Arizona.”

Inflation has an outsized effect on low-income people, economists say.

The average Valley household is spending an additional $ 4,462 on food, housing, transportation, medical care, and other goods and services compared to just one year ago, according to the Common Sense Institute study.

Since February 2021, all items have increased in price. Fuel is up 44 percent and energy is up 29 percent in Arizona, the study reveals.

The study, citing the US Bureau of Labor Statistics, also points out that housing costs have jumped more than 12 percent – close to three times greater than the rest of the nation.

New data from Rent.com shows renters are paying 81 percent more for a studio apartment in Gilbert compared to this time last year – the biggest increase in apartment rent in any city in America.

In 2020, the cost of energy, apparel, commodities, education, durables, recreation, and transportation all fell. Annual inflation from 2010 to 2019 was just 2 percent in Arizona, on average.

A lot has happened since then.

“The Ukraine crisis and American response to it are likely to put further pressure on commodity, energy, and gas prices,” the recent study’s researchers concluded. “For these reasons, we believe further upward consumer price movement is likely over the next three to six months, rather than an easing.”

Rounds says it could take until the end of the calendar year for rapid inflation to subside in metro Phoenix.

“It’s going to be sticky for a little while,” Rounds said. “Prices will stay stuck at this higher level for a while longer.”

In January, the Phoenix metro area had the second-highest inflation after the Atlanta metro area. But inflation is up more than 2 percent since then, putting the Valley of the Sun at the top of the list.

Rounds advises low-income people in the Valley to make a conscious effort to live within their means but not to completely shut down spending.

The good news, he says, is that Phoenix boasts one of the strongest economies in the country.

“There is a light at the end of the tunnel,” he said. “We will get through this.”