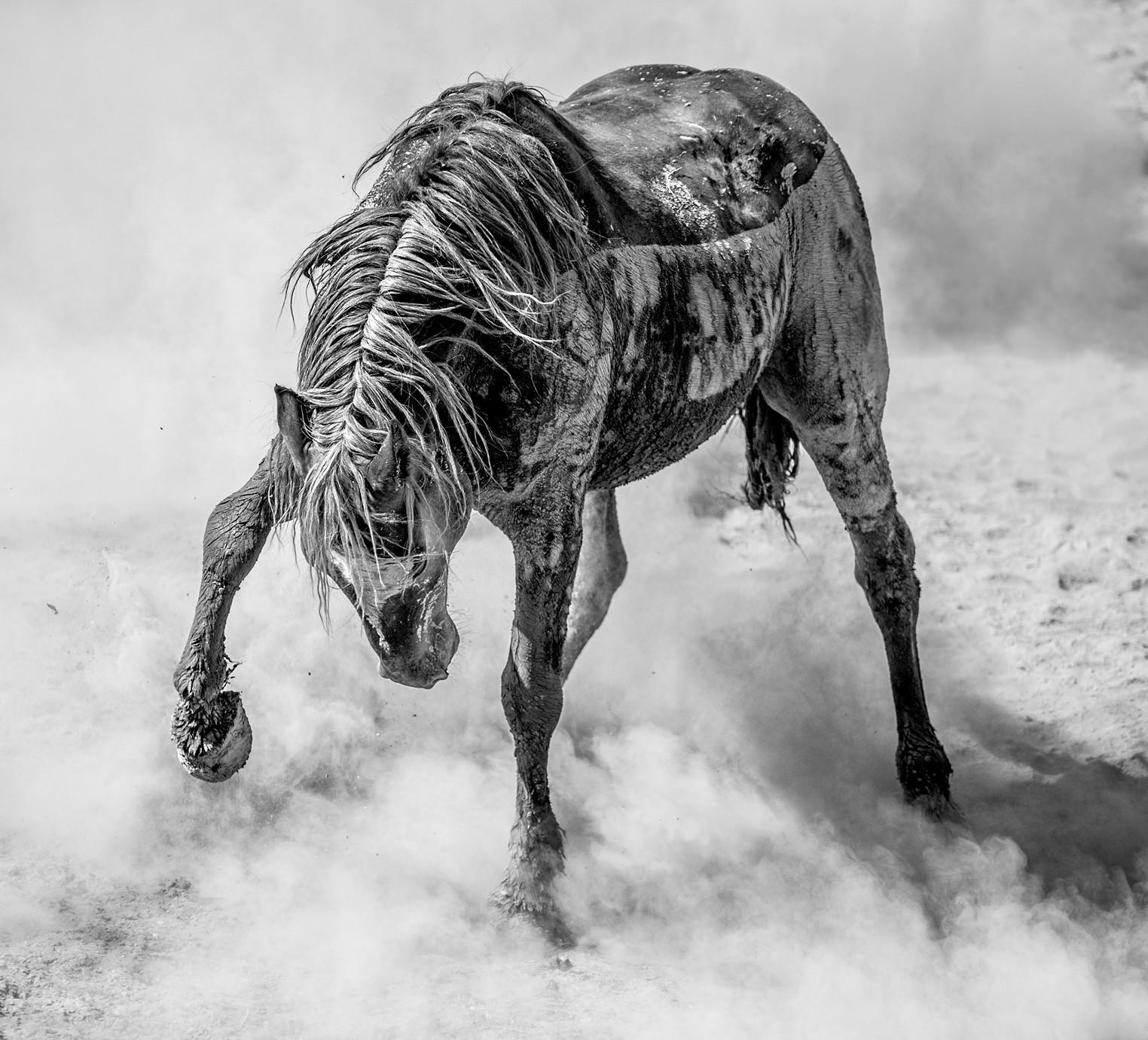 Wilson, a resident artist at Gallery 6, had won the coveted Natural World & Wildlife Award for his photograph “Anger Management” in mid-March, putting him in the running for even more prestigious awards. The striking black-and-white photograph depicts a dirt-caked mustang stallion in Colorado’s Sand Wash Basin, kicking up dirt after a dip in a mud pool. It was selected as the best wildlife photograph from more than 170,000 submissions.

“The Open competition celebrates the power of single images,” according to the contest organizers. “Winning photographs are selected for their ability to communicate a remarkable visual narrative combined with technical excellence.”

When we spoke with Wilson after his first win, he was both ecstatic and humbled that he made it that far, since he’d entered the esteemed competition on a whim. A landscape photographer since the mid-’90s, He moved to Colorado from the UK seven years ago, only to be diagnosed with stage 4 cancer (he is now in remission). During his fight against the disease, he found comfort in landscape and wildlife photography, and became particularly inspired by wild horses, visiting Sand Wash Basin several times a year.

“Anger Management” is “symbolic of the challenges these horses face,” he told Westword. “They’re under almost a permanent roundup threat from the government just to sort of stay free in their own homes. I really wanted to capture that sense of the almost abstract challenge they face off the range, if that makes sense.”

Along with top honors in the Open Photographer category; Wilson received $ 5,000.
\
Learn more about Scott Wilson at www.wilsonaxpe.com.