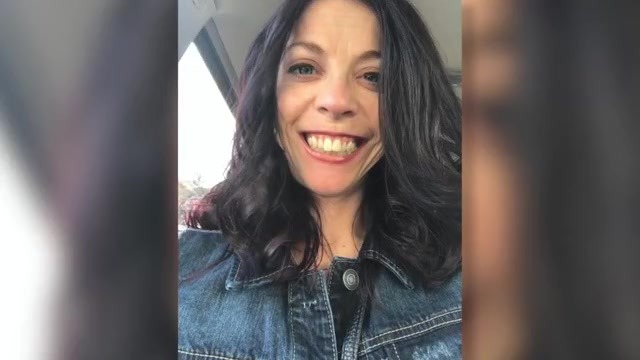 A Colorado Springs man whose wife died alone at the height of the pandemic is the push behind a bill that asks for change when it comes to visitation requirements at healthcare facilities.

DENVER (KDVR) – A Colorado Springs man is the push behind a bill that asks for change when it comes to visitation requirements at healthcare facilities.

“They told me your wife has gone into cardiac arrest and I did not make it in time,” Steve Reiter, the founder and president of the Never Alone Project, said.

Reiter said his wife, Elizabeth, had tested negative for COVID-19 back in early 2020. But after several weeks of ups and downs of not feeling well, she finally went to the hospital in Colorado Springs.

He said when his then 40-year-old wife was admitted, she tested negative for COVID but was fighting pneumonia and a blood infection. She was then transferred to a Denver-area hospital.

“She was there for 21 days and I was never once allowed in,” Reiter said.

Endemic shift: How it will be rolled out

He and his sons would Facetime and talk to her on the phone. He said on Mother’s Day, they went and sat outside the hospital and waved, but that was as close as they got to seeing her.

“I believe with everything, my boys would have their mother if we were allowed in,” Reiter said.

Reiter said he talked to Elizabeth on May 19 to discuss her release date to come home, which was anticipated for sometime between May 20-22.

“We had a quick Facetime about: Who do you want to come over? What do you want for meals? I wanted to shower her with all the love she was denied the 21 days she was at the hospital, ”Reiter said.

About 30 minutes after that phone call, Reiter received a call from the hospital that Elizabeth had gone into cardiac arrest. He did not make it there in time to say goodbye.

“After Elizabeth died, I knew I never wanted to go through this pain again,” Reiter said.

So he started The NEVER Alone Project, a nonprofit, in hopes of changing legislation so people in the hospitals can have at least one loved one visit daily with no time limit.

“It protects the individual’s right to have at least one screened visitor per day, no time limit, and my additional thing is it does not need to be the same person,” Reiter said.

After gaining media attention, he started working with legislators to try and push through a bill. After failing in 2020 and 2021, he and Rep. Tim Geitner, R-El Paso, have introduced HB22-1199.

“All I’m asking is: Balance the need to protect doctors, nurses and staff but also give the individual what they need,” Reiter said.

“This is not just an issue that affects Steve. It can affect you me or any one of the viewers at any time, ”Geitner said.

FOX31 and Channel 2 reached out to multiple hospitals across the metro area to hear what they think about the bill. None were able to give a statement or interview, but some hospital systems, like UCHealth, pointed us in the direction of their visitation policies.

HealthONE also has its visitation policies posted online, as does Denver Health.

The bill will be in the House Health Committee on March 9 for its first hearing. Geitner said he expects several people who have been impacted to testify.

“I think the ability to hold the hand of a loved one going through something like that makes a world of a different for both sides,” the representative said.

If the bill makes it out of the committee, it will go to the House floor for debate. Then, if it makes it through its second and third readings, it would make its way to the Senate for consideration and, if approved, finalized and signed into law.