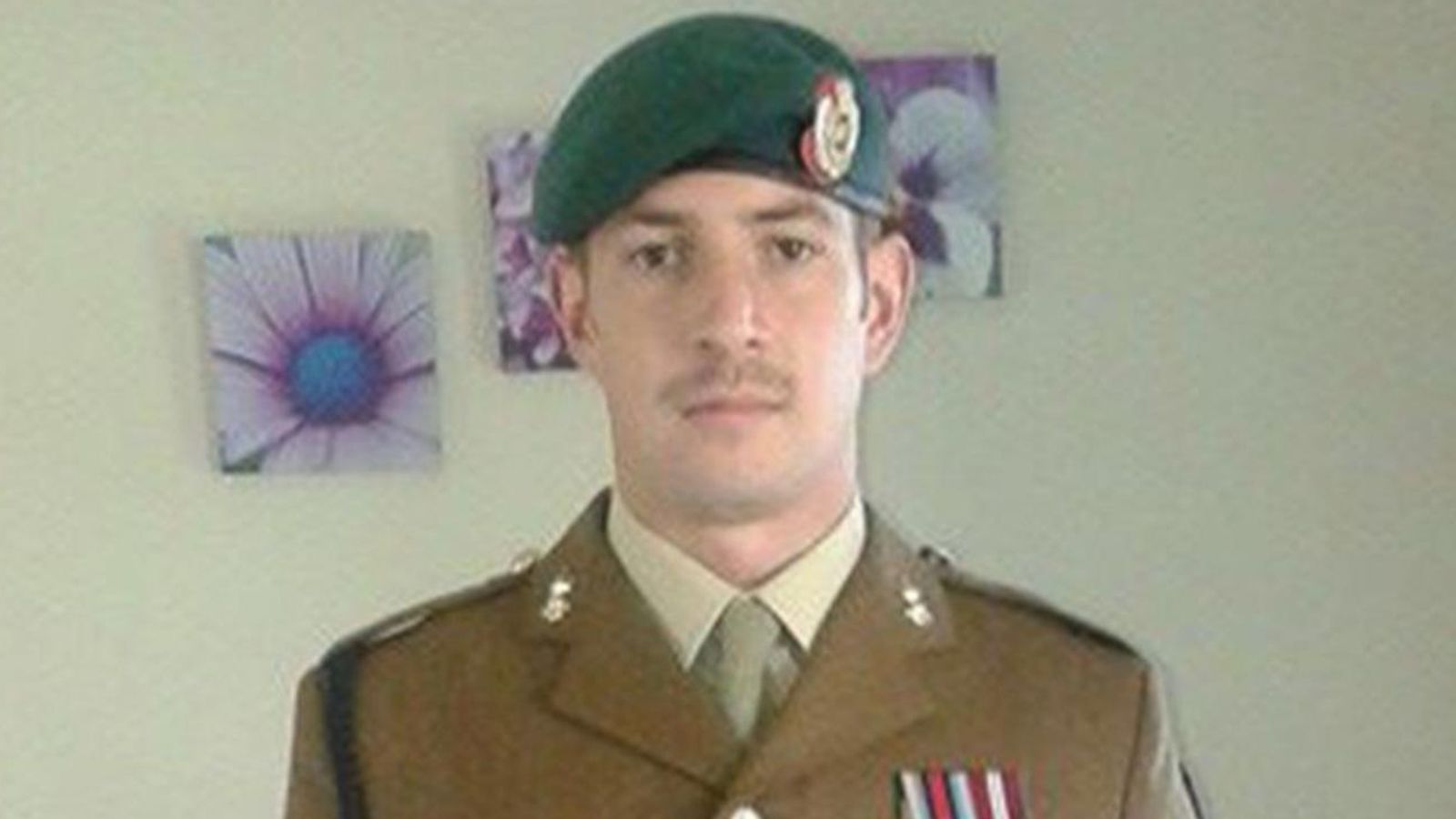 Former soldier Collin Reeves has been handed a life sentence with a minimum term of 38 years in prison for murdering his neighbors following a long-standing row over car parking.

The 35-year-old killed Stephen and Jennifer Chapple with a ceremonial military dagger at their home in Norton Fitzwarren, Somerset, in November last year, as their children slept upstairs.

The court heard that Reeves jumped over a fence to gain access to Mr and Mrs Chapple’s house just moments before the attack.

The former Royal Engineer entered the house and stabbed Mrs Chapple six times in the chest and shoulder, shouting: “Die you, f ****** die”.

Mr Chapple was also stabbed six times and was found by emergency services close to the back door of his home.

After the killings, Reeves, who served in Afghanistan, called 999 and admitted to stabbing them.

“You left (Mr and Mrs Chapple) on the floor bleeding to death, and all of the time their two children were asleep upstairs,” he said.

‘I’ve stabbed both of them’

“Your murderous behavior left them orphans. They were put to bed that night by their parents and they would never see them again. The harm you did to those two innocent children is incalculable.”

Mrs Chapple was described as being “an exuberant, caring, beautiful light in the world” by her mother, Ann Clayton.

Speaking in a victim statement, Ms Clayton said: “For a mother to lose a child is something that causes never-ending pain, knowing there will forever be a darkness inside you, a light switched off that can never be replaced.”

A jury at Bristol Crown Court heard that Reeves had been having trouble in his marriage, and less than an hour before he stabbed the Chapples his wife had asked for a trial separation.

Ten days before the killings, Reeves was caught on a doorbell camera approaching Mrs Chapple outside her house following an earlier exchange between her and Mrs Reeves.

He accused Mrs Chapple of “f ****** gobbing off” and calls her a “cheeky little bitch”.

During the trial, Reeves said he remembered little of what happened and denied murder, pleading guilty to manslaughter on the grounds of diminished responsibility instead.

Two forensic psychiatrists found he was not suffering from psychosis or acute post-traumatic stress disorder, and diagnosed him with mild to moderate depression.

In a highly unusual step, after Reeves was sentenced, his mother stood up to give her own statement, blaming her son’s conviction on the failings of the two psychiatrists.

She claimed there should never have been a trial and his pleas to manslaughter should have been accepted.

Reeves was found guilty of murder on Friday 17 June.