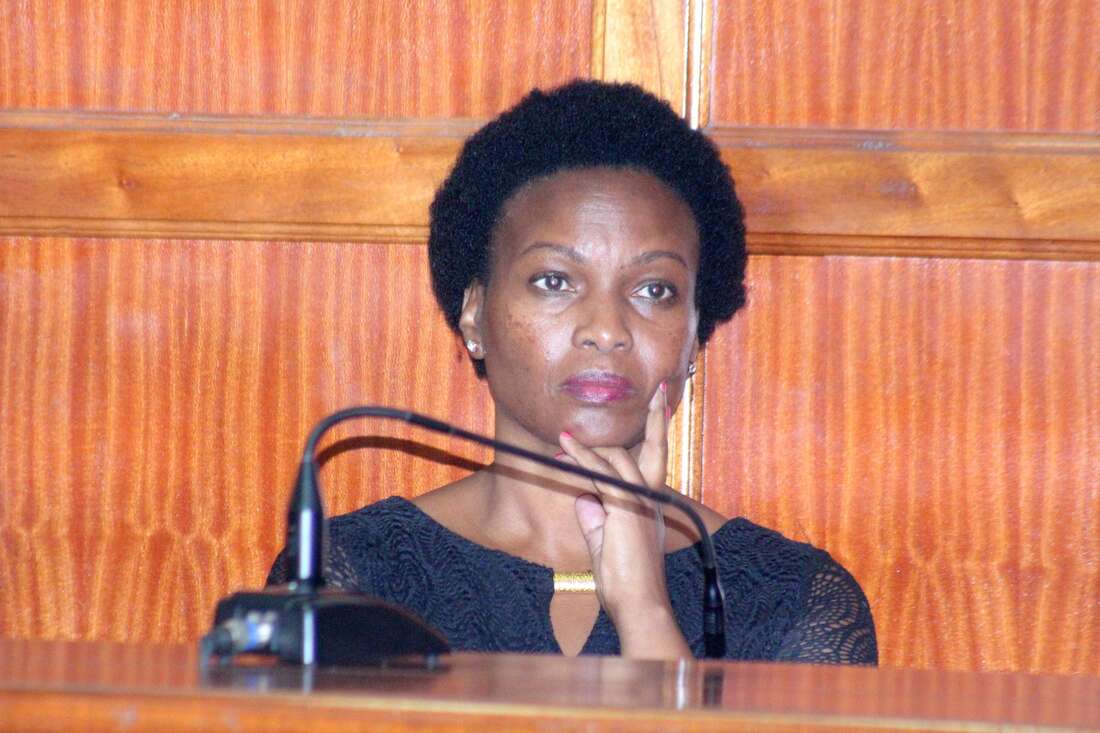 The widow of murdered Dutch tycoon Tob Cohen has suffered a setback after the High Court failed to order the State to return her matrimonial home following the withdrawal of a case in which she was accused of killing the businessman.

Sarah Wairimu wanted Justice Daniel Ogembo to direct the security agencies to vacate the Sh400 million home situated in Lower Kabete and hand it back to her.

She also wanted her car – a Porsche Cayenne – and her pet dog, which is being kept at the Kenya Society for the Protection and Care of Animals (KSPCA) in Karen.

Her lawyer Phillip Murgor also wanted the court to order that an inventory of the matrimonial home be taken to avoid theft and vandalism.

But the judge refrained from dealing with the request and failed to issue the orders sought. The home has been under the control of police since July 2019 over allegations that it is a scene of crime.

“On return of property held by police, they could be part of a dispute pending in other courts,” said Justice Ogembo while refraining himself from dealing with the issue.

Together with businessman Peter Karanja, Ms Wairimu had been accused of killing the tycoon in July 2019 an allegation that they denied.

Yesterday, the Director of Public Prosecutions received the court’s nod to withdraw the case paving way for the registration of the matter as an inquest.

Justice Ogembo dismissed the objection by the family of the murdered tycoon against the prosecutors’ decision to withdraw the murder charges.

The judge said the family’s objections lacked merit and he was not convinced by their argument that the Director of Public Prosecutions acted in bad faith while deciding to withdraw the charges.

“This court is not convinced by victims that DPP exercised his powers in bad faith and the objections raised do not have merit and are dismissed. I allow the “Nolle prosequi” (not to wish to prosecute). The accused persons are accordingly discharged,” said the judge.

The ruling paves way for registration of a judicial inquest case at the chief magistrate’s court to establish the cause and circumstances leading to the death of the tycoon, whose body was discovered in an underground water tank at his home compound in Kitisuru, Spring Valley, Nairobi in September 2019.

Cohen, aged 71, had been reported missing on July 19, 2019, but DCI detectives failed to locate him until the body was discovered in the tank on September 13, 2019, by homicide detectives.

This led to the arrest of the widow and the businessman.

But the widow has since stated that she was fixed in the murder and two politicians were involved in the disappearance and death of her husband.

She alleges that police investigators were used to cover up and protect the alleged killers.

Though she has not named the said politicians, who she describes as “well-known and closely associated with the former government”, Ms Wairimu says they wanted to take over her husband’s property and disinherit her.

She is pushing for fresh investigations and grilling of former DCI boss George Kinoti.

The court noted yesterday that the widow and the businessman have been discharged but not acquitted and that they may be charged should the inquest find their culpability in Cohen’s death.

Ms Kamotho together with Mr Karanja was charged with the tycoon’s murder in October 2019.

However, the trial failed to commence after investigators failed to supply the defence lawyers with the evidence.

“It is not denied by the DPP and the victim that the defence has never been supplied with documentary evidence held by the prosecution. This has impeded the commencement of the trial,” said Justice Ogembo.