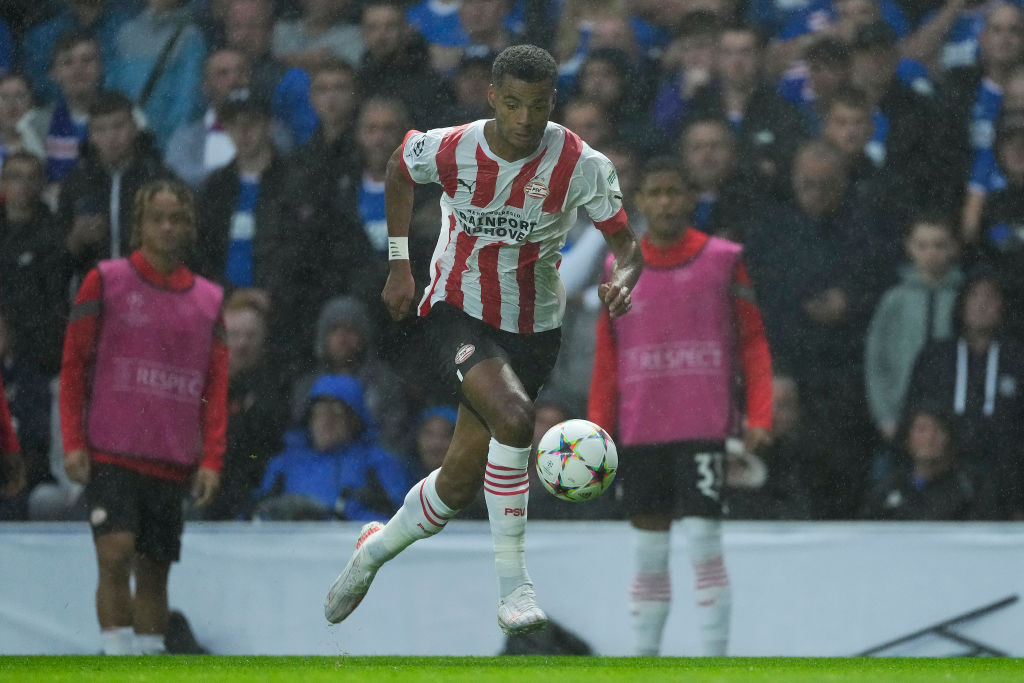 Despite Erik ten Hag seemingly earmarking Ajax’s Antony as his priority forward target, the Red Devils could be targeting a double raid on two of the Eredivisie’s most talented forwards.

Dutch newspaper De Telegraaf insists that United are considering signing both players and that Gakpo isn’t being seen as a back-up option if a move for Antony fails to materialise.

The Times reports Ajax are insisting on £80 million for Antony with Gakpo being potentially available for around £35 million.

United have failed with a new £67.6 million bid for Antony last week, The Athletic report.

“He will be prepared to accept contract conditions and would be super happy to move to the Premier League so Gakpo is ready to say yes to Manchester United.”

The 23-year-old has made an impressive start to the new campaign with seven goal involvements (three goals, four assists) from seven matches.

PSV, who are managed by former Reds striker Ruud van Nistelrooy, will likely look to clarify Gakpo’s future after the second leg of their Champions League qualifier against Rangers, which takes place tomorrow and the tie is finely poised at 2-2.

Romano reiterated that Manchester United continue to work on both deals for Gakpo and Ajax forward Antony.

With Cristiano Ronaldo potentially playing his last game at Old Trafford, Ten Hag may be targeting a double raid on the Dutch top-flight to compensate for the potential loss of the 37-year-old who wants to join a Champions League club..

And similar to Antony, Gakpo wants to move to Manchester United this summer.