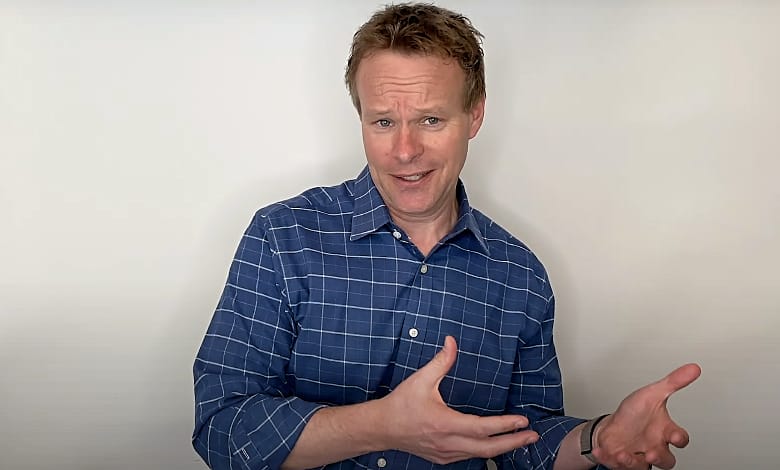 The channel morphed into a 24/7 anti-Trump vehicle in recent years, much like most news platforms. Network “stars” like Jim Acosta and Don Lemon made no effort to hide their liberal biases, and CNN’s audience collapsed as a result.

So did its reputation in many circles.

Enter Licht, who previously oversaw “The Late Show’s” transformation into a progressive propaganda showcase led by Stephen Colbert. Licht promised a new CNN, one re-dedicated to hard news without the spin.

He jettisoned Brian Stelter, the cartoonishly biased media reporter, along with John Harwood. More changes are coming, he’s warned for months, although untrustworthy anchors like Lemon, Jake Tapper and more remain at CNN.

It’s almost as if Licht’s promise was Fake News on steroids.

We got more evidence of that thanks to a new Licht interview. Progressive reporter Kara Swisher of The New York Times chatted with Licht about several topics, including late-night TV, via her “On with Kara Swisher” podcast.

Swisher acknowledged some Gen Z types get their hard news from late-night comics, a terrible decision given their extreme biases. Shouldn’t CNN consider its own late-night forum to counter that competition and share news in a fresh manner?

“My sons don’t watch CNN. They watch John Oliver, and that’s where they get their news.” Swisher told Licht, to which he smartly replied, “but it’s not news.”

Swisher brought up Fox News’ “Gutfeld!” the only right-leaning late night show around. Host Greg Gutfeld’s runaway hit opens with a comic monologue based on current events and then throws to a panel of guests (pundits and comics alike) who dig deeper into the latest headlines.

The show also serves up pre-recorded sketches, akin to “Saturday Night Live.” In short, it’s a new brand of late-night programming, and a very successful one at that.

“Gutfeld!” routinely laps the competition, including Colbert’s “The Late Show.”

Except Licht is in deep denial about both “Gutfeld!” and its place in the late-night hierarchy.

“Gutfeld!” does lack A-list stars, in part because few would risk appearing on a conservative show fearing it could cost them gigs, if not their careers.

“Are we gonna get into this conversation?” Licht replied, almost combatively. “That’s not true.”

Licht isn’t dumb. He’s been behind-the-scenes at both cable and network TV for some time. Is it possible he hasn’t read the headlines proclaiming “Gutfeld!” the new late night king? Could he be so blinkered as to not realize that?

Does he think Swisher, a veteran liberal journalist, isn’t aware of the current ratings race? Or is his progressive bubble so thick that basic news doesn’t enter his airspace?

Either way, having a major news network CEO oblivious to facts is a terribly, awful, no good look.

In a way, he’s already breaking his prime directive as head of CNN. He recently lashed out at so-called “disinformation,” a loaded term often used to attack inconvenient truths… like Colbert getting beaten by an upstart late-night show.

“The analogy I love to use is some people like rain, some people don’t like rain. We should give space to that. But we will not have someone who comes on and says it’s not raining,” Licht said.

‘Not in la la land’: As digital health funding ebbs, VCs urge startups to be conservative


The future of security: smarter devices that protect themselves