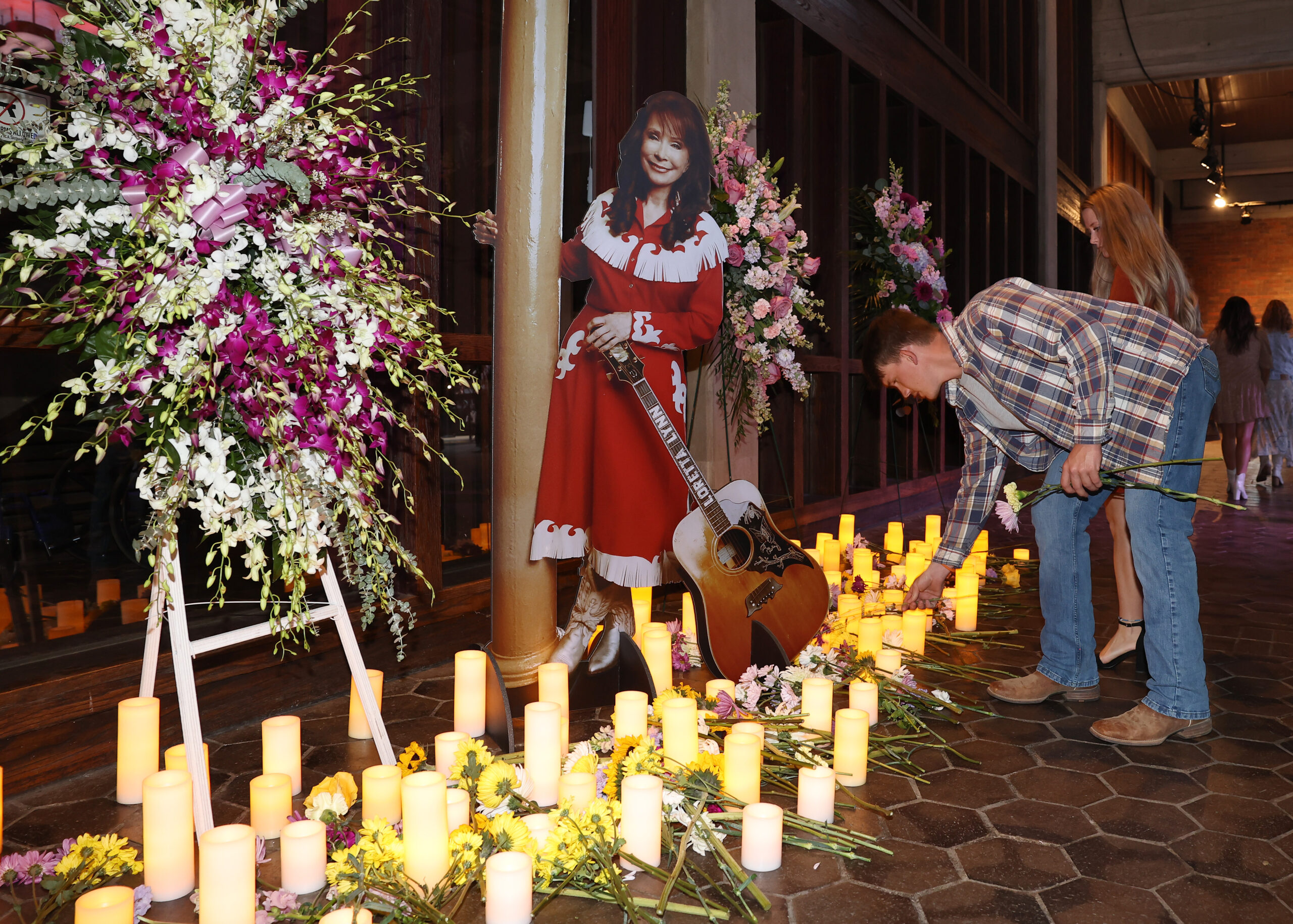 As CMT honored Loretta Lynn with its “Coal Miner’s Daughter: A Celebration of the Life & Music of Loretta Lynn” concert last week, the Grand Ole Opry was once again filled in honor of the country music legend.

Throughout the night, heartfelt tributes and emotional performances were paid to Loretta Lynn in honor of her life, legacy, and music.

Wynonna Judd joined the Gaither Vocal Band and Larry Strickland in singing “How Great Thou Art” at the night of remembrance hosted by Jenna Bush Hager. A low-toned vocal performance by Judd started the star-studded night off on an emotional note.

The only instrument Keith Urban brought to the stage was the banjo. In addition to performing a stripped-down and contemporary twangy rendition of Lynn’s infamous hit, “You’re Lookin’ At Country,” he also shared personal anecdotes like being his date at the 2005 CMT Music Awards and playing a voicemail she once sent him.

Many of Lynn’s achievements were highlighted throughout the night, including her number one record and platinum records, but the most memorable message was simply how good a person she was. As women in a male-dominated industry, Faith Hill and Martina McBride noted how Lynn was always there for them. In a video message, Dolly Parton shared, “She was the best friend anybody could have.”

Before singing, Alan Jackson shared a song he wrote for his mother, noting that Lynn reminded him of his own. The track was titled “Where Her Heart Has Always Been.”

Other messages shown via video message included one from crossover superstar Taylor Swift who said that Lynn, “Paved the way for every songwriter that is trying to be truthful and honest today.“

Jack White, who was a longtime fan of Lynn before becoming a friend and collaborator, surprised everyone with a performance of the title track of her 42nd studio album “Van Lear Rose.” The record was nominated for five Grammy Awards in 2005 and took home two of them including Best Country Album.

There were many artists who took the stage and shared their personal stories and experiences with Lynn, but Brandi Carlile took a different route. Before singing, “She’s Got You,” Brandi Carlile noted that “She was my hero’s hero,” before giving nods to her idols like Wynonna Judd and Tanya Tucker in the audience. In addition to her elegantly vibrato-laden vocals, Carlile’s performance was one of the most impressive of the night. She received a standing ovation, one of the few.

Emmy Russell, Lynn’s granddaughter, and Lukas Nelson, Willie Nelson’s grandson, performed the high soaring, angelic tune “Lay Me Down.” This was a nostalgic, bittersweet moment as the song was recorded by Lynn and Willie Nelson. She revealed that this was her first performance since her grandmother became ill a few years ago.

A standing ovation and chorus of claps greeted Lynn’s daughter Patsy Lynn Russell and granddaughter Tayla Lynn. The memory of Tayla Lynn’s grandmother sharing her faith is one of the best gifts she left behind when she was growing up. Patsy Lynn Russell expressed her pride in her mother’s accomplishments by saying, “I’m so proud of what my mom’s accomplished – how many artists, how many people in the world she touched.” She later added, “She has laid down such a legacy that she will never leave us. She will always be here.”

3 Reasons the Cloud is Critical for Ensuring Patient-Centered Care