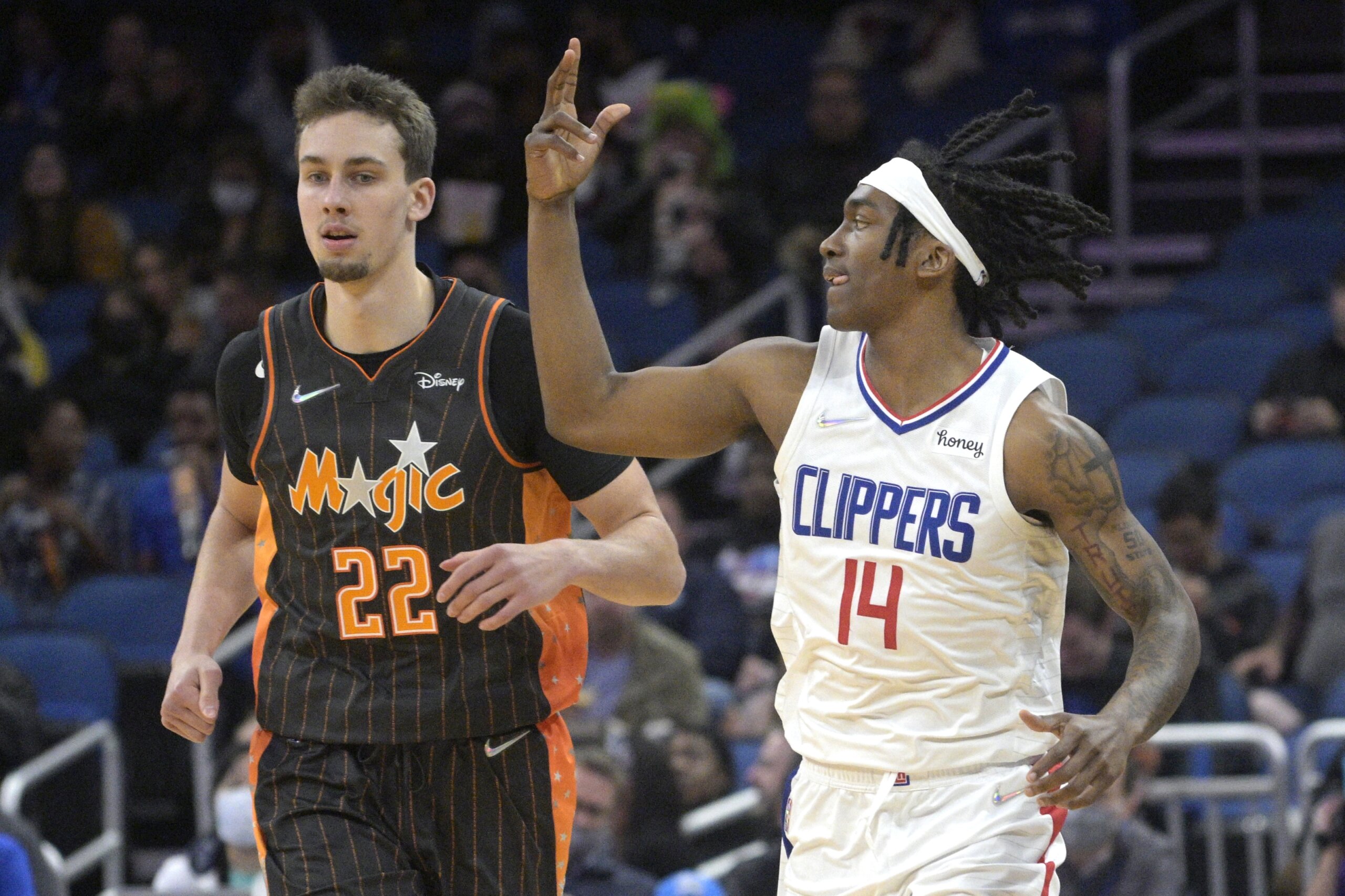 The Clippers were down by a maximum of 14 points on Wednesday, and trailed by two to start the fourth quarter, in which they outscored the Magic 35-24. While it wasn’t as impressive as the 35-point deficit LA rallied from against the Washington Wizards on Tuesday, it was good enough to give the team its third win in four games.

Seven Clippers made 3-pointers, including four from Nicolas Batum in the first half, to go 15 of 28 from behind the arc. Reggie Jackson capped a 20-9 run to open the fourth quarter with a 3-pointer that gave the Clippers a 96-87 lead.

Orlando had a 78-76 advantage at the end of three periods – just the 10th time all season it has taken a lead into the final quarter. But the Magic failed in their bid to win a second straight game for just the second time this season and dropped to an NBA-worst 3-18 at home.

It was the 16th time in 17 games that the Clippers beat the Magic.

Clippers coach Tyronn Lue said Tuesday’s rally – when Luke Kennard converted a four-point play with 1.9 seconds remaining – was emblematic of the “no excuses” mentality his team has adopted. Lue said even without superstars Kawhi Leonard and Paul George, he expects the Clippers to make the playoffs.

“It was just about, ‘keep competing’ – that’s the culture that we’ve established around here,” Lue said. “No matter who is on the floor or who is out, no excuses and continue to play the game the right way.”

One of the hallmarks of the season for the Clippers has been their ability to stay in games even when trailing by large amounts. They rallied from 25 down against Denver on Jan. 11 and after falling behind by 24 in Philadelphia on Jan. 21, and they won both games.

The Clippers are the only NBA franchise in the last 25 years to wipe out deficits as large as 24 points three times in a season. And over the last four years – including playoff games – the Clippers have an NBA-most seven victories when trailing by at least 24 points.

Clippers: Jackson was replaced by Eric Bledsoe just 82 seconds into the game after picking up two early fouls. Bledsoe had 13 points as the Clippers had a 49-27 advantage in bench scoring.

Magic: Terrence Ross and Harris were available after one-game injury absences. Harris, who has started 30 games, shifted into a reserve role.