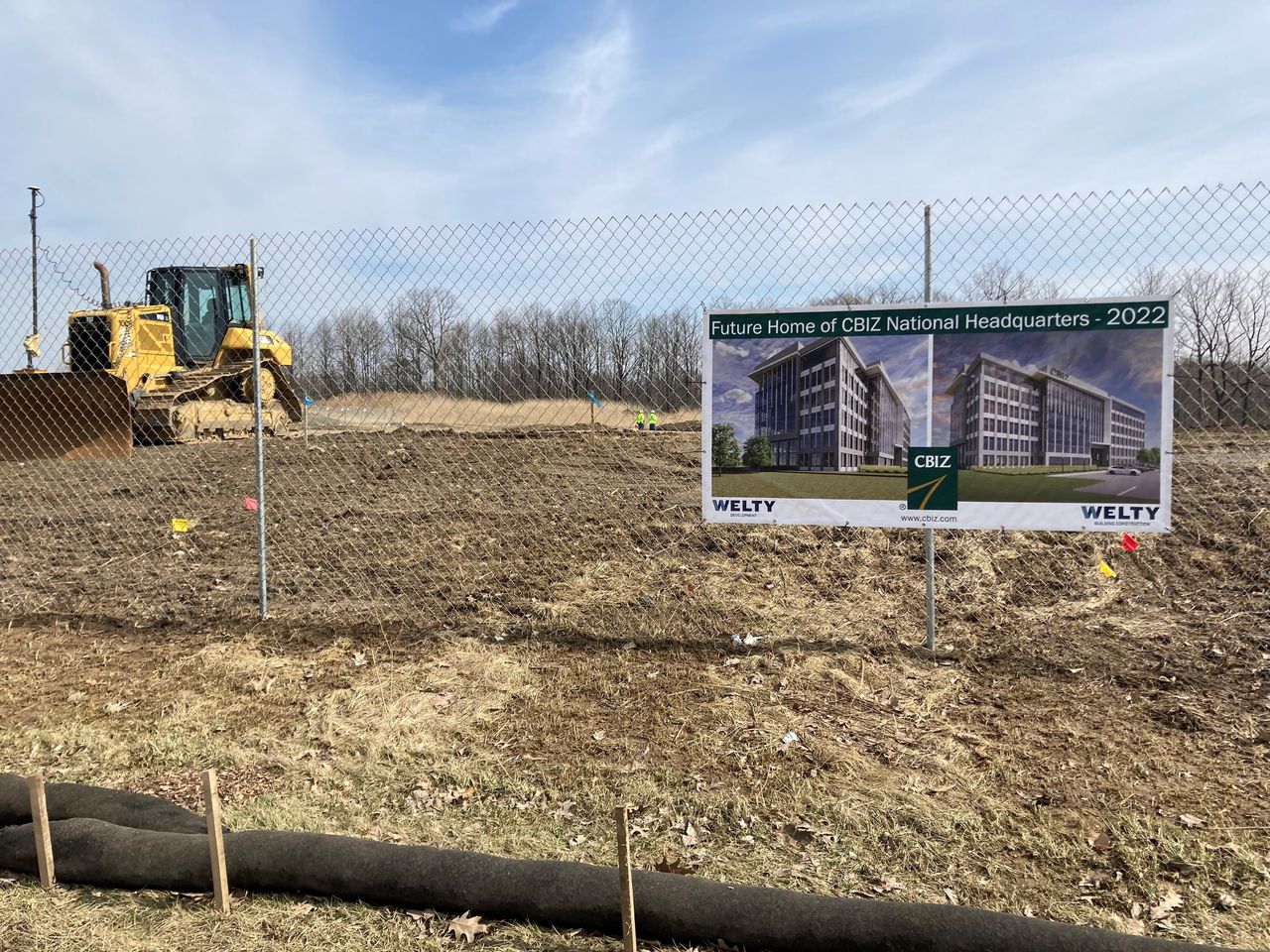 CLEVELAND, Ohio – For Logicalis, making the move from downtown Cleveland to Beachwood came down to two things: price and size.

The suburbs provided both. The UK-headquartered information technology company left more than 48,000 square feet of downtown office space on Jan. 1 for about a fourth of the space – 13,000 square feet – along Richmond Road.

“In this particular market, it made sense to look outside of downtown, and even more particularly with larger multinational companies (having) moved out of some extraordinary space that became available for less money,” Logicalis US Chief Operating Officer Mike McClain said.

“The facilities themselves were exponentially better than where we were at. And so that was the icing on the cake, to be quite honest. ”

The company is not alone. The pandemic has led executives to reconsider their company’s office footprint, including location, size and price. But those decisions may end up affecting the Cleveland real estate market in a peculiar way – having more companies fill up suburban office space.

Preliminary data – though far from establishing a certain trend – shows that more companies may be deciding that the benefits of being in a busy, lively downtown with many restaurants and entertainment options are outweighed by some of the conveniences offered in the suburbs.

A report from the Newmark brokerage firm said the suburban Cleveland office market finished 2021 with less available space than at the beginning of the year.

It was not much – 10,720 square feet out of more than 21 million – but compared to downtown Cleveland that was progress. In the city’s central business district, more than 426,000 of the nearly 18 million square feet of office space became unfilled by the end of last year.

The vacancy rate downtown was 22.5%, compared to 16.1% in the suburbs, and that is even as more office space gets taken off the market in anticipation of turning the space into apartments. The report, however, said that more office space overall was filled in the last three months of 2021 after a year of declines, and that the momentum should carry over into this year.

Real estate brokers and agents say one reason is that suburban office space is often less expensive. A lot of it also comes down to ease. Often, it is much easier for workers to walk from a free parking lot in front of a suburban building than paying $ 12 a day to park in a garage and having to walk a longer distance to get to a downtown office.

“The access, I think, is key,” said Abram Schwarz, senior vice president with the Lee & Associates brokerage firm’s office in the Cleveland area. “More people I talk to say they want to be in a conveniently located office, and I think downtown is going to struggle with that because of the parking challenges and all of the pandemic casualties downtown.”

He said such priorities make office space off Rockside Road in Independence and Chagrin Boulevard in Beachwood attractive to many companies.

Rico Pietro, a principal with the Cushman & Wakefield / CRESCO Real Estate brokerage firm, also said that “occupancy in the suburban areas are as healthy as we’ve seen.” Some companies have not found downtown to be as attractive and feel that it has not totally recovered from the economic walloping the pandemic provided, he said.

McClain said Logicalis, which used to have its offices at The Plain Dealer Building on Superior Avenue in Cleveland, also studied where its employees in the area lived to find a space that was close to as many of them as possible. Most are not living in the 20,000-plus downtown apartments.

Others – even those making suburban to suburban moves – chose their new space for similarly convenient purposes. Car dealer magnate Ken Ganley said his company is moving its corporate office from Brecksville to Broadview Heights – taking up nearly 14,000 square feet of space at a building on South Hills Boulevard – because the location is closer to many of the company’s dealerships.

“It’s all about geography,” Ganley said. “This location is kind of in the middle of all of our retail stores.”

But brokers and developers say there is a caveat to some of the interest in the suburbs. There is more demand for the newest and nicest offices known as “Class A” space, as opposed to less luxurious (which does not necessarily mean dirty or run down) “Class B” space, they said.

“People are adjusting their space down, with some to accommodate work from home or remote workforce,” said Don Taylor, president and CEO of the Fairlawn-based construction and development firm Welty. “They are not necessarily looking to save money on rent actually. (What) we’re seeing is people are willing to invest in the environment. ”

Taylor said he is bullish on the office market, which is one reason his company is building a 125,000 square foot office building in Independence, half of which will be occupied by the CBIZ accounting firm.

There is also the issue of whether anyone is actually working in the space that is leased. Jessica Hyser, economic development director for the city of Independence, said a demand for office space in that suburb remains but that the future is far from certain. A key question, at least from a tax collecting purpose, is whether those spaces are or will be filled.

“It’s an interesting phenomenon,” Hyser said. “We’re seeing companies that still want to have a physical location. Does that translate into employees being back into the office? ”

Exactly how many companies may make such a move is not yet clear. Executives for companies with offices downtown continue to extol the virtues of working in an area with several hotels, restaurants and sports stadiums within walking distance.

A few companies and groups also moved downtown or renewed high-profile leases in the past year.

The most recent is Benesch, Friedlander, Coplan & Aronoff, which is expected to move from 200 Public Square into eight floors of Key Tower in the middle of next year. Others, including the United Church of Christ and business consultant AMS, also recently announced moves

“It’s very good for Cleveland to have our firm in the downtown location,” said Benesch Friedlander Managing Partner Gregg Eisenberg. “While we could go to the suburbs or other locations, I think, for us, we wanted to stay in the city and be in the same home that we’ve been in for almost 85 years.”

But that view may not be shared by everybody. A report from the Jones Lang LaSalle brokerage firm showed that nearly 540,000 square feet of suburban office space was vacated overall in 2020, compared to more than 222,000 in downtown.

Interestingly, though, more than 33,000 square feet more of “Class A” space was filled in the suburbs, while more than 57,000 were vacated in downtown.

Those numbers, while different than the ones in the Newmark report, show a similar trend. Andrew Batson, vice president and research director for JLL’s Cleveland office, said the discrepancies between the reports are likely because of differences as to when in the year certain transactions were recorded. Other factors, such borders and the size of a region, may also be a factor.

But Pietro said a lot of what could determine the next few years is what some of the larger downtown companies do.

While Benesch Friedlander has committed to downtown, as has Sherwin-Williams with its plans to build a 36-story, 1 million square-foot glass office tower, decisions by the other major employers could set the tone for how often many companies want people to work in an office and, as a result, how much space they need.

When they do, “then we’ll really see if there’s a significant change to the health of downtown as a result of COVID,” Pietro said.

So in the long run, who wins?

The answer may be nobody. Both downtown and the suburbs have benefits and drawbacks, and different companies may weigh them differently.

“Long term, is it a winner-take-all scenario, downtown versus the suburbs?” Batson posited. “I do not think so.”