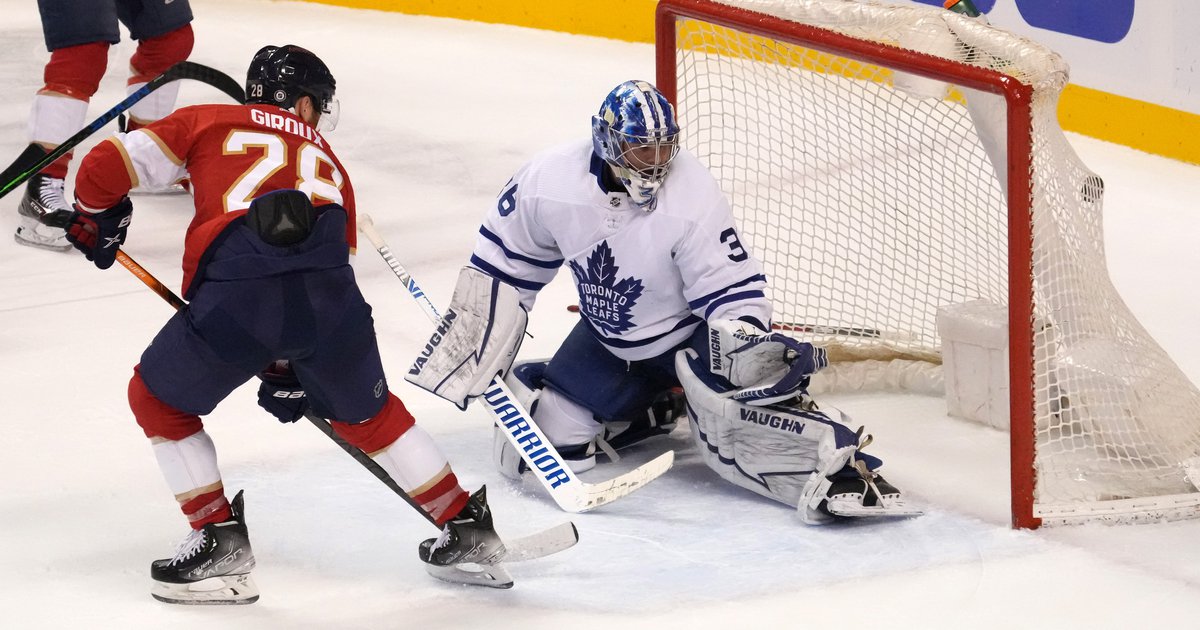 The Florida Panthers might get down, but they’re never out.

Caught in a massive 5-1 hole against the Toronto Maple Leafs halfway through Tuesday night’s game down in Sunrise, Florida climbed all the way back to win 7-6 in overtime. Claude Giroux racked up two points to help the team do it, including his first goal as a Panther, which came late in the second period and brought Florida to within one.

And of course, that first goal came in typical Giroux fashion: A puck battle along the boards, a quick-thinking move to the front of the net, and a silky finish.

The Panthers clinched their playoff spot with a 5-3 win over the Buffalo Sabers on Sunday. They’re 7-1-0 since making the trade with the Flyers for their former captain (that’s still weird to write). And Giroux himself? He’s been all over the ice, with nine points (1 goal, 8 assists) in his eight games with Florida so far.

Things are going really well down in Sunrise, and I’m sure many Flyers fans are keeping track and hoping the good times continue to roll for Giroux deep into June.

Flyers interim coach Mike Yeo has definitely been checking in.

“I peek in for sure, yeah,” Yeo said Wednesday. “Usually when they’re scoring about eight or nine goals a game, I’m checking to see if he’s had any assists or goals or part of them.

“I’m happy for him. Obviously, it’s a pretty exciting team. You look at their last couple of wins, the way that they’re able to come back from deficits like that, they’re a high-powered team. No question that he adds to that. “

The Panthers lead the Eastern Conference with a 49-15-6 record and 104 points. Even before the Giroux trade, they were rolling out one of the league’s most complete lineups and playing some of the best, most entertaining hockey you could watch. Getting Giroux just made them better.

Sneaky big stat for the Panthers tonight: They won 51 percent of their faceoffs.

The Maple Leafs entered the night with the best faceoff percentage in the league and Florida has ranked in the bottom 10. Claude Giroux has really helped.

The Flyers, meanwhile, are using what’s left of the season to see what they have for next year – most notably in the college ranks with the signings of Noah Cates, Ronnie Attard, and then possibly Bobby Brink when Denver’s run in the NCAA’s Frozen Four is done.

The Flyers are near the bottom of the Eastern Conference at 22-37-11, and they’re 3-7-0 in their last 10 games. They lost to the high-powered Maple Leafs on Saturday, tried to lose to the Rangers in New York on Sunday (but won in the shootout), then lost to the Columbus Blue Jackets 4-2 on Tuesday, despite outshooting them 49-30 .