Christine Brown Warned by Fans: Stay Away from Josh Seiter!! 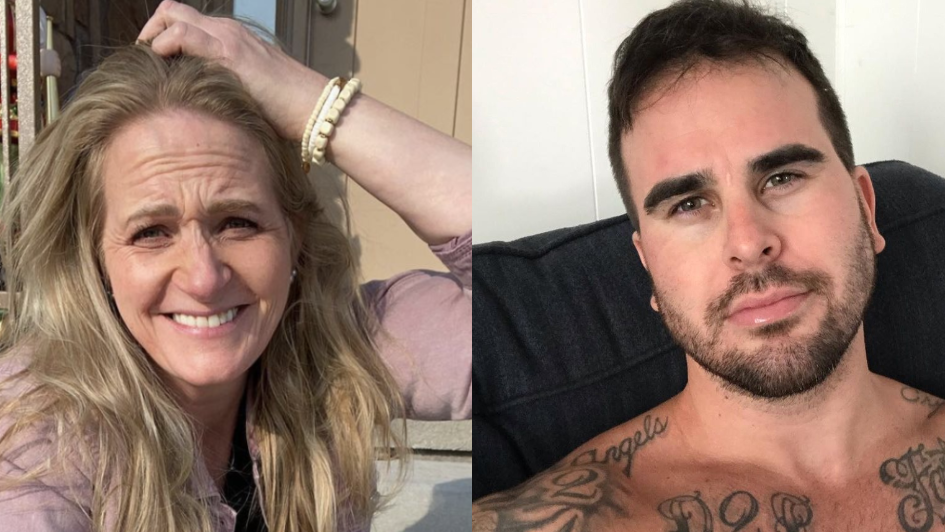 Christine left Kody and is open to moving on in new relationships. Better ones, hopefully.

Meanwhile, Josh Seiter and Karine Martins are over. The 90 Day Fiance alum was only the latest in a series of reality stars whom he has dated — or tried to date.

Now, the infamous TV-adjacent personality appears to have set his sights upon Christine. Run, Christine, run!

In the wise, widely memed words of Demi Lovato: Get a job! Stay away from her!

Let’s start at the beginning.

Christine Brown, the beautiful Sister Wives star even though she is no longer one of Kody’s titular sister wives, posted the above photo of herself. She looks great!

She added: “I just run around all day, and at the end of the day, I have no idea what I’ve done!”

While many found Christine’s confession to be almost distressingly relatable, others simply cheered her on.

But one comment stood out above all of the rest — not for its contents, but because of the person who left it.

He’s not wrong. But just about everyone who saw the comment and recognized who he was wished that he had not said it.

Years ago, Josh Seiter was a contestant on Season 11 of The Bachelorette.

His time as a suitor was extremely short-lived. You know how there’s always someone on those shows who’s there for the wrong reasons? Yeah.

That fleeting taste of “fame” was only the beginning. Many believe that every relationship that has followed was merely his attempt to recapture the “spotlight.”

A few years back, Yolanda Leak appeared on 90 Day Fiance. She was a catfishing victim.

Following that “relationship,” she entered another. This one was slightly more real. At least Josh actually exists.

Many people suspected that he was working an angle. The two eventually split. But Josh moved on.

Are you seeing a pattern? That’s two reality stars — three, if you count his short-lived stint on The Bachelorette.

And then, very recently, the world learned about Josh’s “entanglement” with 90 Day Fiance alum Karine Martins.

Just a couple of months ago, Karine and Josh started spending time together.

Allegedly, they bonded over Karine’s fight for custody of her two sons. She and her estranged husband, Paul Staehle, both want to regain custody.

She and Josh broke up. They have both have presented different explanations for the split. Either she was jealous or he was cheating. Or both.

Now, Josh appears to be trying to bark up Christine’s tree, so to speak.

A flurry of comments, both under Christine’s post and elsewhere on social media, expressed worry that he’s trying to get with her.

We don’t think that Christine’s going to give him the time of day. At least, we hope not.

Which are the top 10 gastroenterologist hospital in India? Click to know