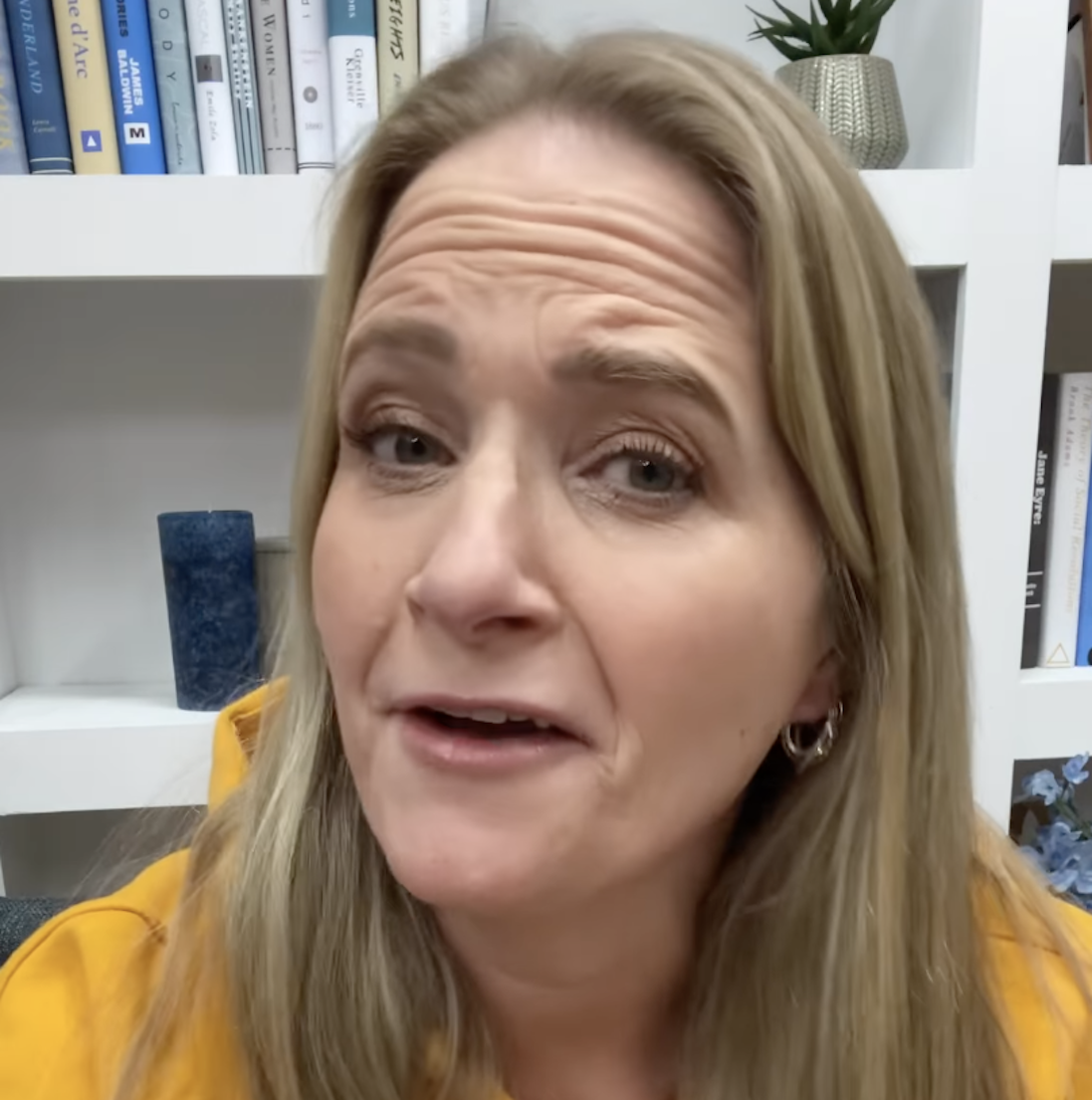 Christine Brown is standing by her friend.

And hoping to inspire others along the way.

A few days after Janelle Brown confirmed (in a promo for an upcoming Sister Wives tell-all special) that she was separated from spiritual spouse Kody, Christine has seemingly gone ahead and referenced the shocking split.

The Cooking With Just Christine host uploaded an Instagram video on December 12 that featured her reciting William Ernest Henley’s “Invictus,” a poem that was originally published way back in 1888.

“Out of the night that covers me, black as the pit from pole to pole, I thank whatever gods may be for my unconquerable soul,” the TLC personality openedd.

“In the fell clutch of circumstance, I have not winced nor cried aloud.

“Under the bludgeonings of chance, my head is bloody but unbowed.”

Sure sounds like the way Christine and Janelle might explain the impact their last few years with Kody have had on them, doesn’t it?

“Beyond this place of wrath and tears looms the horror of the shade, and yet the menace of the years finds me unafraid,” continued Christine in this video.

“It matters not how strait the gate, how charged with punishment the scroll, I am the master of my fate. I am the captain of my soul.”

I am the captain of my soul.

Another telling line, it seems, based on the way Christine has talked over the past year or so… ever since announced her move back to Utah in November 2021.

Brown now says she’s a goddess and she feels so much stronger and so much happier without Kody.

Christine’s reading came less than one day after Janelle and Kody each confirmed that they’ve been separated for months.

“I think if we both really sat down, we’d look at each other say, ‘Really?’” Janelle said in the teaser for the tell-all episode, which premieres on Sunday, December 18.

“We’ve been separated for several months,” she then told the show’s host.

The polygamous spouses got (non-legally) married in 1993 — and they share six children:

During the same teaser, Kody revealed that he and Janelle have been struggling to make their relationship work for a while.

“Janelle has made it pretty clear to me that she’s enjoying her life without me,” he said in the preview.

She’s made it pretty clear that she’s psyched for what’s to come, as well.

Earlier this week, Janelle looked ahead to a year without Kody as her husband and made a simple statement on social media.