Christine Brown: I’m My Own Goddess Now! I Don’t Need the Church! 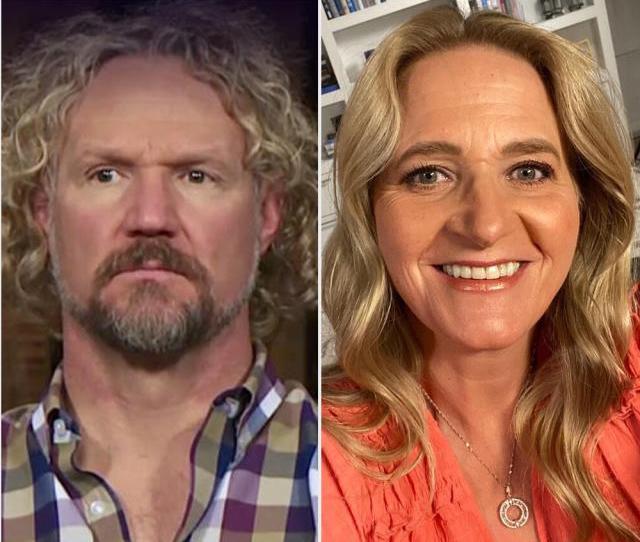 Christine Brown has made it clear over and over and then over again:

She’s better off with Kody Brown, and she has no regrets about leaving her marriage.

Sitting down for a recent episode of the podcast Reality Life with Kate Casey, Christine delved into the basis for this decision.

“I just said I’m done. I couldn’t be a member of the church anymore,” Christine explained to the host, elaborating as follows:

“I feel like it’s too controlling for women and I am a goddess and it’s time to step up and be that person. And I just said it wasn’t for me anymore.”

The aforementioned religion preaches polygamy, which the church commonly refer to as “plural marriage.”

Christine was raised in a household that followed this faith, but opened up on the podcast about a conversation that took place between Kody and the four sister wives a few years back, where everyone discussed their belief systems.

“[Kody and the other wives] were all in a different place [spiritually],” she said on air.

“It’s not like we all left [the AUB] at the same time. I don’t even know if Kody or Robyn — maybe they would even go back to the church.”

Often referred to as “The Work” by insiders, the AUB only recognizes marriages within its religion that are conducted within a Mormon temple … and the marriages must be “sealed for eternity” by a male church elder who has “the priesthood.”

According to the church doctrine, the AUB members believe that marriage is an eternal commitment that follows them to the afterlife.

These are not legal unions, which is why Christine declared herself to be divorced as soon as she moved back to Utah.

There wasn’t any paperwork to complete or anything to really do; just for her to walk away.

“Kody and I are divorced,” Christine said in the scene from this past February’s tell-all reunion episode.

Speaking to the host of the one-on-one special, the mother of six added of herself and Kody:

“We’re completely separate. We’re just gonna be friends, eventually. I just realized I had to make a decision for my heart, and my heart was done being broken. And it felt, well, freeing.”

Many Sister Wives fans might not realize that Christine’s grandfather was actually the head of the aforementioned church — until he was killed in 1977.

“I didn’t realize I was living in fear,” she now says of her decades as a member of this religion, adding that it all felt a “little bit judgmental.”

Later in the podcast, Christine added that that she was “raised with fear,” calling it “a constant thing” in her life.

“We were afraid of the whole outside world and I didn’t even realize it until I was 38 years old,” she went on.

“And I was like, ‘You know, I’m just not going to be afraid of this. I’m going to do everything that I can to stay smart and stay safe, but we’re gonna still live our life.’

Christine has said Kody is a terrible dad and that’s why she left the marriage.

But she also had an epiphany back when she was still residing in Flagstaff, asking God at one point what she ought to do.

“I figured that He was a parent like me and, really, I just want my kids to be happy and I figured He just wanted me to be happy,” she said on the podcast.

“It was like, ‘Dude, I’m not happy anymore. This isn’t working for me. Do I really have to keep living polygamy?’ And he’s like, ‘No, I just want you to be happy. That’s all there is to it.’

“I almost feel like He’s gonna treat me how I treat my kids.”

December 2024 set as date for universal phone charger in EU