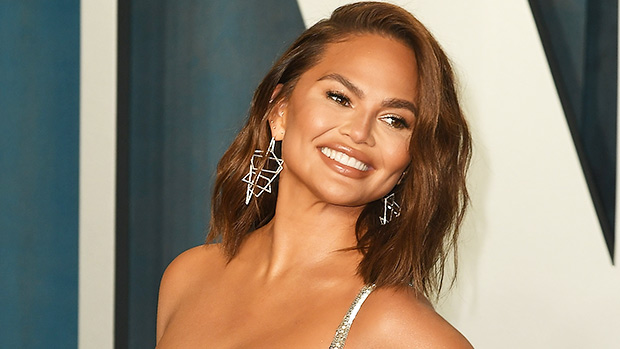 Chrissy Teigen did not hold back, responding to critics who thought that she had work done in a new Instagram photo on Sunday, August 7. The Cravings: All Together author, 36, pinned two comments that said they didn’t recognize her in the adorable family photo with her and her four-year-old son Miles sharing a sweet mother and son moment, as they went for a boat ride.

In one comment, Chrissy responded to a fan who wrote, “Don’t even recognize her,” and she tagged another person who seemed to have deleted their comment. “I have had these teeth for like 10 years,” Chrissy wrote. Another pinned comment shared a similar sentiment. “You’re beautiful, why do you keep changing your face? I didn’t recognize you in this pic,” the fan wrote. In another comment, Chrissy seemed very surprised by all the people saying she looked different. “U guys are somethin,” she wrote.

Aside from some less than favorable comments, Chrissy looked like she was having an absolute blast riding on a boat with her son. Both she and Miles had huge smiles across their faces as they posed for the photo together. “Keeping up with this one somehow,” she wrote in the caption.

The boat ride isn’t the only sweet moment that Miles and Chrissy have shared recently. The model recently shared a series of photos that her little boy snapped of her posing with her mom Vilailuck Teigen60, and daughter luna, 6.

Not only is Chrissy loving bonding with Miles, but her family is about to get bigger. She announced that she is pregnant with her and her husband John Legend’s third child. She made the announcement on August 3. The couple’s exciting news comes about two years after the model suffered a heartbreaking miscarriage. Chrissy opened up about still being nervous years after losing her baby. “I don’t think I’ll ever walk out of an appointment with more excitement than nerves but so far, everything is perfect and beautiful and I’m feeling hopeful and amazing,” she wrote in an Instagram caption.