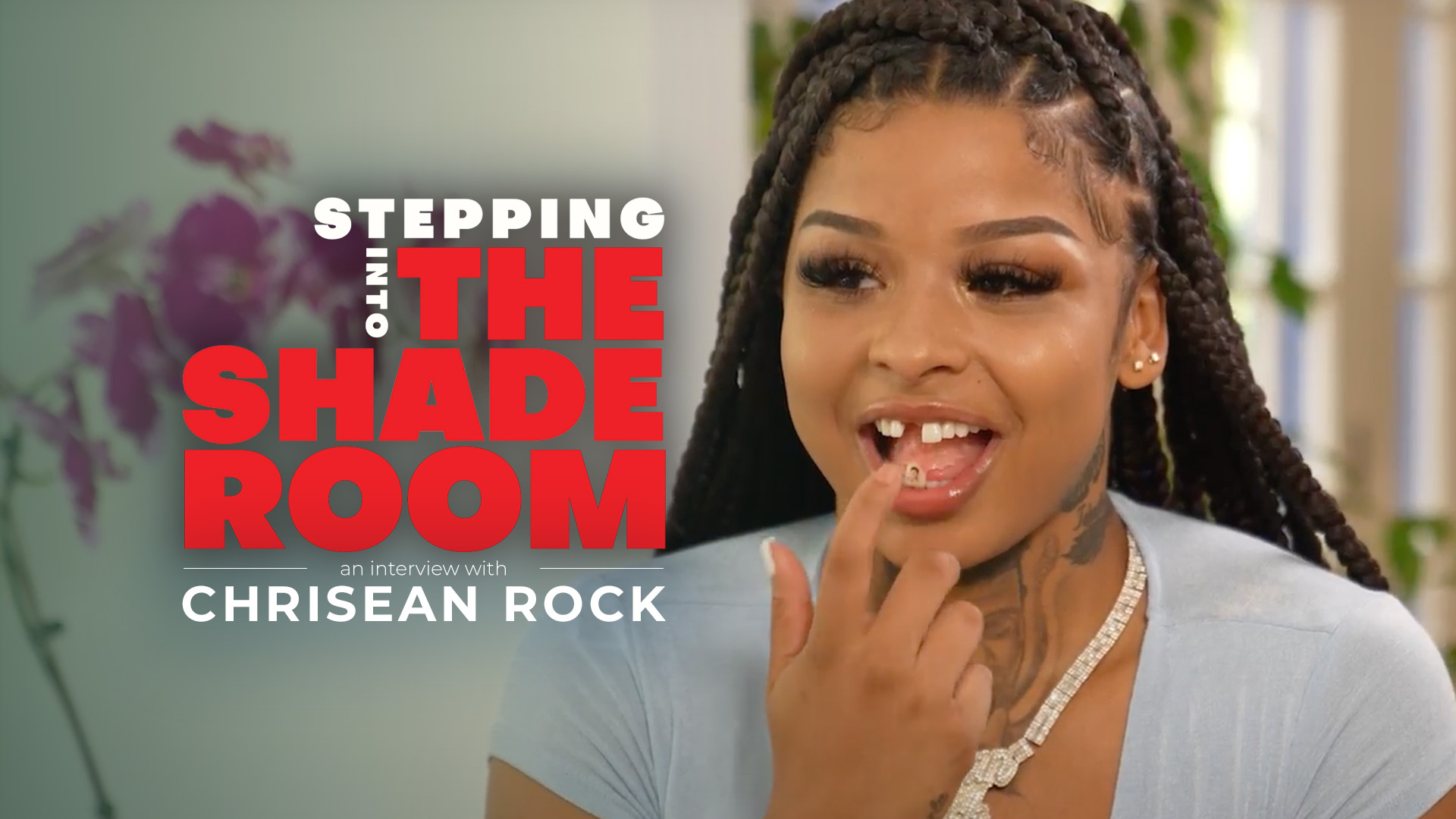 Chrisean Rock andpenned up in an exclusive interview with The Shade Room and touched on everything from her relationship drama to her spirituality with host Thembi.

The 22-year-old reality actress is one of the most talked about figures online due to her up-and-down romance with “Thotiana” rapper Blueface spilling onto social media and exuberant personality.

Rock proudly boasted while chatting with Thembi in Los Angeles about deciding to put Blueface on her tooth.

Although she found a temporary fix for her famously missing tooth, She said she never wants a permanent screw because it hurts and “never heals.” The star said she has difficulty eating with it as well.

Chrisean also tells Thembi that she was the 11th out of 12 children and witnesses her mom allegedly getting abused by her dad. That experience led her to focus on herself.

As far as her and Blueface, they are still and work in progress! Chrisean and her boo Blue also have a lot to work through before she thinks about having a relationship with the mother of his son, Jaidyn Alexis it seems. Chrisean said Chrisean revealed exclusively with Thembi that she met Jaidyn for the first time while she and Blueface were butt naked in bed together when the mom walked in on them.

“She walked up in the house and she was like, ‘really with my stuff in here???’…And she looked at me like I’m supposed to rush get some clothes. And I’m looking at her like ‘you see me ***, what’s up?’”

Very…interesting! Hit play to watch Chrisean Rock stepping into The Shade Room With Thembi below!